President Muhammadu Buhari has directed the immediate payment of salaries of lecturers withheld for not registering with the Integrated Personnel and Payroll Information System (IPPIS).

THISDAY gathered that the gesture was a sign of the president’s goodwill to the members of the Academic Staff Union of Universities (ASUU) who have embarked on an indefinite strike to protest the non-fulfillment of a previous agreement with the government as well as the order stopping its members’ salaries.

Minister of Labour and Employment, Dr. Chris Ngige, told THISDAY yesterday that the president directed that the February and March salaries are paid immediately to help cushion the impact of the economic difficulties imposed by the COVID-19 pandemic on Nigerians.

“President Muhammadu Buhari has today approved the immediate payment of the withheld salaries of February and March 2020 of the university lecturers who had not registered on the IPPIS platform.

“He has also directed that the Minister of Finance, Budget and Planning, and the Accountant General of the Federation to effect the payments urgently by all means to cushion the deleterious effects of the COVID-19 period on the lecturers and members of their family.

“All vice-chancellors are to revalidate affected lecturers’ BVN and forward same to AGF Office for the payments,” he said.

Both the federal government and ASUU had expressed readiness for dialogue to address the lingering dispute, including the disagreement over IPPIS.

THISDAY had exclusively reported about plan by the federal government to release the withheld salaries of ASUU members as a form of an olive branch to help quicken the resolution of the crisis in the education sector.

Before talks broke down between the two sides in January, the federal government’s negotiating team had made offers to ASUU.

As a show of goodwill, ASUU recently urged its members nationwide to offer their services in the current efforts to contain COVID-19 in the country.

President of the union, Prof. Biodun Ogunyemi, who spoke to THISDAY recently, said the union understood the precarious position the country had found itself and that it would be open to dialogue to resolve the issues.

“We are not oblivious of what is happening in our country and across the globe regarding the economic downturn that followed this COVID-19 pandemic. However, the issue of whether we are going to give concession or not is something that has to be discussed at the negotiating table,” he had said.

Ogunyemi added that despite the fact that the federal government had enough opportunity to consider the union’s demands on the non-implementation of some key aspects of the February 7, 2019, Memorandum of Action (MoA) and the imposition of IPPIS, it directed the stoppage of lecturers’ February salary.

“The current action commenced way back on March 9, 2020, with the warning strike declared at the Enugu State University. We had thought the two-week window would be used by the government to respond satisfactorily to our demands on the non-implementation of some key aspects of the February 7 2019 FGN-ASUU Memorandum of Action (MoA) and the imposition of the Integrated Payroll and Personnel Information (IPPIS) on Nigerian academics. Instead, the government stuck to its gun on IPPIS, withheld payment of salaries and allowances of ASUU members and seized the check-off dues, cooperative society contributions and other third-party deductions made on behalf of the union and its members,” he said. 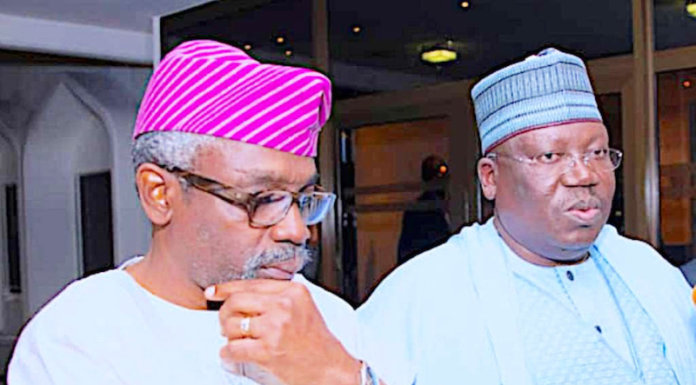