Sub-Saharan Africa, which comprises 46 states located south of the Sahara, may record 5.1 percent economic contraction due to the outbreak of COVID-19, the World Bank Group has said in its latest edition of Africa’s Pulse, a biannual analysis of the state of economies in the region.

The group, one of the world’s largest sources of funding and knowledge for developing countries, equally projected that the pandemic, which has killed about 1,000 in Africa alone, could cost the region between $37 billion and $79 billion in terms of output losses for 2020.

The group highlighted the forecast in its Spring 2020 edition of Africa’s Pulse titled “An Analysis of Issues Shaping Africa’s Economic Future,” which the Office of the Chief Economist for the Africa Region recently released.

Sub-Sahara Africa, which excludes Algeria, Djibouti, Egypt, Libya, Morocco, Somalia, Sudan and Tunisia, on aggregate, has the GDP that values $1.709 trillion, accounting for about 66.24 percent of Africa’s $2.58 trillion GDP.

With the COVID-19 outbreaks, the United Nations Economic Council for Africa had proposed a $100 billion emergency economic stimulus for Africa at large, which include an estimated $44 billion waiver for interest payments in 2020.

But in its latest report, the group said COVID-19 “has taken a toll on human life and brought major disruption to economic activity across the world. Despite its late arrival, the virus has spread rapidly across Sub-Saharan Africa in recent weeks.”

Specifically, the report estimated that economic growth in sub-Saharan Africa “is projected to decline from 2.4 percent in 2019 to -2.1 to -5.1 percent in 2020, the first recession in the region in 25 years.”
The report acknowledged that the coronavirus “is hitting sub-Sahara Africa’s three largest economies – Nigeria, South Africa and Angola – in a context of persistently weak growth and investment. In particular, countries that depend on oil and mining exports will be hit the hardest.

It said COVID-19 “can cost the region between $37 billion and $79 billion in terms of output losses for 2020. The impact on household welfare is expected to be equally dramatic with welfare losses in the optimistic scenario projected to reach 7 percent in 2020, compared to a non-pandemic scenario.

Also, the report observed that COVID-19 “has the potential to create a severe food security crisis in the region, with agricultural production contracting between 2.6 percent and 7 percent in the scenario with trade blockages.

“Food imports would decline substantially (as much as 25 percent or as little as 13 percent) due to a combination of higher transaction costs and reduced domestic demand,” the group predicted in its 136-page report.

However, the report highlighted health risks due to the region’s unique challenges, especially the limited access to safe water and sanitation facilities, urban crowding, weak health systems, and a large informal economy.

It said: “Regional governments also lack sufficient room for manoeuvre on the policy side as a result of dwindling revenues, compounded by the larger and riskier debt positions and an increase in external borrowing costs, which will further worsen debt sustainability prospects.”

The report, thus, observed that these fallouts would result from a combination of influences, including the disruption in trade and value chains affecting commodity exporters and countries with strong value chain participation; the reduced foreign financing flows of foreign direct investments, foreign aid, remittances, tourism revenues, and capital flight.

With these consequences, particularly, the report warned that the negative impact of the COVID-19 crisis on household welfare would be equally dramatic, noting that African policymakers “need to develop a two-pronged strategy of saving lives and protecting livelihoods.”

Due to deteriorating fiscal positions and increased public debt, according to the report, sub-Saharan Africa’s governments in the region do not have much room for wiggle in deploying fiscal policy to address the COVID-19 crisis.

It said Africa alone “will not be able to contain the disease and its impacts on its own. There is urgent need for temporary official bilateral debt relief to help combat the pandemic while preserving macroeconomic stability in the region.”

On strengthening health systems, the report observed that the availability and allocation of financing for the health sector was still a major concern in Sub-Saharan Africa, thereby emphasising that the medical personnel in the region should be protected and properly equipped.

The report equally emphasised the urgent need to minimize disruptions within countries and in the critical intra-African food supply chains, and keeping logistics open to avert a looming food crisis in the region.

In specific terms, it urged African policymakers “to think about the exit strategy from COVID-19. Once the containment and mitigating measures are lifted, economic policies should be geared towards building future resilience. Economies still need to design policy pathways to achieve sustainable growth, economic diversification and inclusion.”

However, it said financing these policies “will be challenging amid deteriorating fiscal positions and heightened public debt vulnerabilities. Therefore, African countries will require financial assistance from their development partners including COVID-19 related multilateral assistance and a debt service stand still with official bilateral creditors.

“Short-term fiscal policy should aim at redirecting government expenditure to increase the capacity of the health system to protect and equip the already scarce the medical personnel, and to provide adequate and affordable medical attention to the people affected by COVID-19 pandemic.

“But at this time it is important to consider that most workers in the region are engaged in the large informal sector where they lack benefits such as health insurance, unemployment insurance and paid leave. They usually need to work every day to earn their living and pay for their basic household necessities. A prolonged lockdown would put their basic survival at great risk,” the group observed in its report. 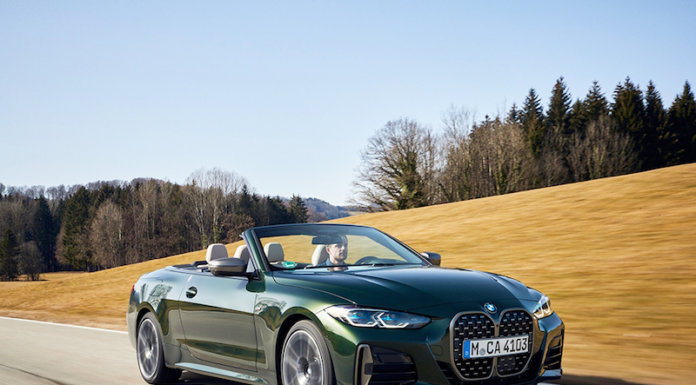