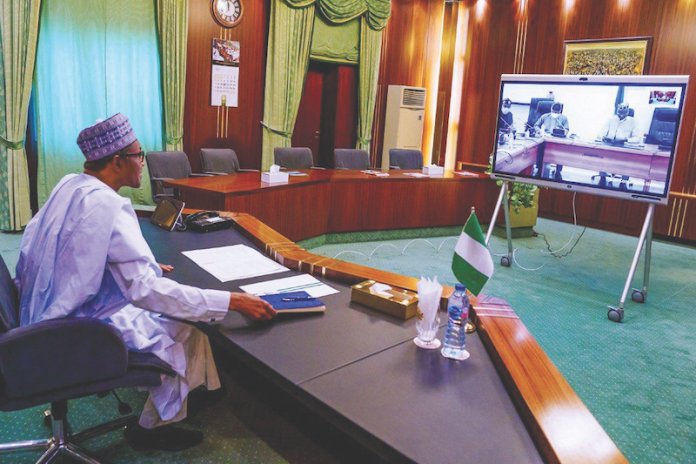 President Mohammadu Buhari announced an extension of the lockdown order last week and many had agreed that it was needed to stem the spread of the dreaded virus, which claimed the President’s Chief of Staff on Friday. Samuel Ajayi writes

After all the rumours and unconfirmed stories, the Presidency, late Friday night confirmed the death of the Chief of Staff to President Mohammadu Buhari, Mallam Abba Kyari.

Kyari had died from complications arising from the dread Covid-19 having been diagnosed with the virus last month. He was said to have contracted the virus, when he visited Germany where he met with officials of Siemens over the nation’s power issues. Kyari’s death was announced by the Senior Special Assistant to the President on Media and Publicity, Mallam Garba Shehu, who wrote on his verified Twitter handle: “The Presidency regrets to announce the passage of the Chief of Staff to the President, Mallam Abba Kyari.

“The deceased had tested positive for the ravaging COVID-19 and had been receiving treatment. But he died on Friday, April 17, 2019,” adding that the burial arrangements would be announced later.
The death of the highly influential presidential aide brought the number of COVID-19 fatalities in the country to 17, while total cases, as at Friday night, was 493 out of which 159 had recovered and since reunited with their families.

The fear in many circles is that the number of active cases might have been more than the figure announced by the Nigerian Centre for Diseases Control (NCDC), as less than 8000 Nigerians had been tested since the outbreak of the virus in the country on February 27 this year, when the first index, an Italian was diagnosed with the virus in Lagos.

Perhaps, the death of the presidential aide and the disturbing rise in the number of cases in the country would be enough to let Nigerians know that after all, the Coronavirus pandemic was not a hoax.
Worst hit is the nation’s commercial nerve centre, Lagos, which already accounts for over 250 of the cases confirmed. On March 30 this year, the President ordered a total lockdown of Abuja, Lagos and Ogun States for an initial two weeks.

However, a day before the expiration of the two weeks, the President, in another nationwide broadcast, announced the extension of the lockdown by another two weeks.
He commended the efforts of the nation’s health experts and medical personnel, who had been working day and night to contain the spread of the virus. He, however, said the rising number of cases had necessitated that the lockdown be extended.

While there has been massive negative impact on the business and social life of Nigerians as a result of the lockdown and its further extension, the fact remains that the only means through which the spread of the dreaded virus could be contained is lockdown and prevention of free movement of people and gatherings.

Even other states have since followed suit by announcing total lockdown in their states. They include Katsina State, which recorded 21 cases in 24 hours. It also took a proactive measure by the authorities to shut down the private clinic of a medical doctor in Daura, the hometown of President Buhari, who died from complications arising from the virus.

Niger State has also announced a lockdown while there is a ban on all forms of gathering. In Rivers State, the governor, Nyesom Wike, has been very bullish in the way he is going about the lockdown as he has declared that no aircraft would be allowed into the state.

He recently ordered the ‘arrest’ and isolation of 22 staff of Exxon Mobil, whom he claimed violated the lockdown order in the state, days after the release of two pilots initially arrested for same offence.
The NCDC said the danger of quick spread of the disease is the fact that the nation seems to have moved from ‘imported cases’ to ‘community spread’ cases, which is more dangerous and difficult to contain going by the way people mingle and relate in open places like markets, restaurants, shops, places of worship as well as bus stops. That is why it has decided to fast track the process of testing and detection of cases and subsequent isolation of those who test positive for it.

On Saturday, governors of the Southwest region agreed on joint border closures to stem the spread of the disease. It also said it would order compulsory wearing of facemasks in their states from April 24 this year.
The decision was taken after a virtual meeting between the governors and statement personally signed by Governor Rotimi Akeredolu of Ondo State stated, “The entry points of our six states be closed forthwith to contain the spread of COVIC-19 pandemic.”

He said the state governors “agreed that people involved in essential services or dealing in medicine, water and consumable items in particular traders and market women/men should endeavour to wear facemasks while outside plying their trade to minimise the spread of the deadly virus.”

He stated also that the governors agreed that wearing of facemasks would be made compulsory for everybody coming out of their homes effective from Friday April 24, 2020.
While these measures are commendable, there is still the small matter of implementing and enforcing them. Many observers have criticised the current lockdown, which sees some commercial motorcycles and tricycles still operating in many parts of Lagos.

Massive human and vehicular traffic is still noticeable in some parts of Lagos, especially, the Victoria Island/Lekki axis, which led to many asking if much is being done to enforce the lockdown order and also ensuring that violators are punished.

A public health expert and Director of Laboratory Services of the AIDS Prevention Initiative of Nigeria (APIN), Dr. Jay Osi Samuels, said the nation was not still doing enough to maximise the lockdown to ensure that as many Nigerians as possible are tested.

Speaking on Channels Television programme, Sunrise, on Thursday, Dr. Samuels said the nation needed to test about 3.9million Nigerians in three months and it is a race against time to ensure this is achievable. 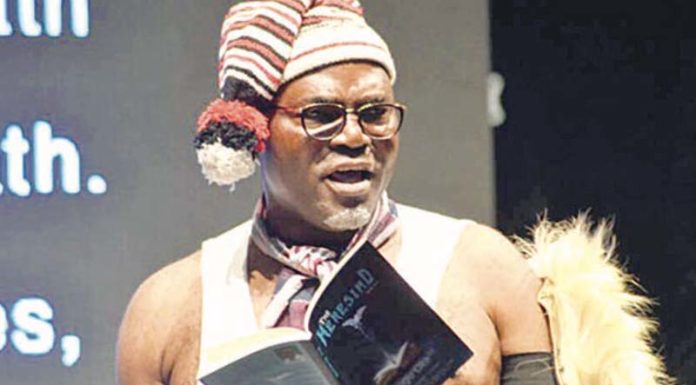