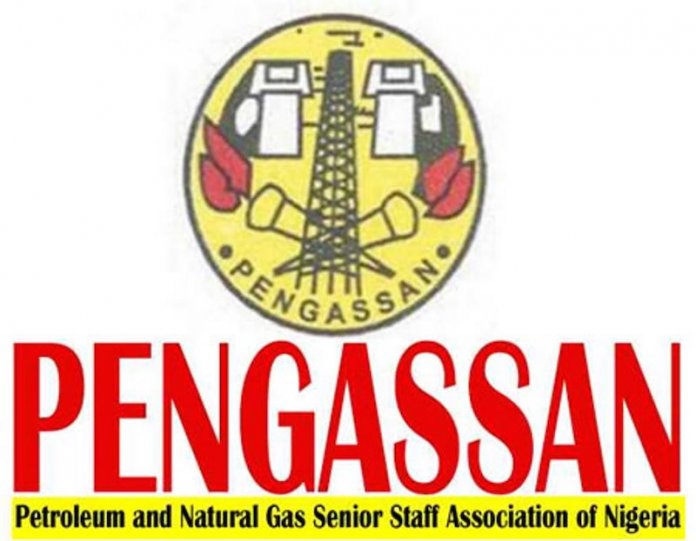 Rivers State Governor, Nyesom Wike, yesterday, arrested 22 staff of multinational oil giant, ExxonMobil for allegedly illegally entering the state in violation of his Executive Order to curtail the spread of the Coronavirus.

Wike has since quarantined the oil workers and vowed to prosecute them.

However, in a swift reaction, the Petroleum and Natural Gas Senior Staff Association of Nigeria (PENGASSAN) expressed displeasure with Wike’s action, describing it as part of the continuous harassment of its members on essential duty by security operatives.

Apparently dissatisfied with the role played by the Rives State Police Command in the arrest of the ExxonMobil workers, the Inspector-General of Police, Mohammed Adamu, yesterday evening removed Rivers CP, Dandaura Mustapha, and replaced him with Gobum Mukan, who was asked to resume immediately in Port Harcourt.

Wike, who spoke yesterday in a live press conference at Government House, Port Harcourt, said the ExxonMobil staff were arrested while entering Rivers State from Eket, Akwa Ibom State, through the East-west Road.

The governor said: “Yesterday, it was ExxonMobil that brought 22 people into Rivers State. Although, service commanders, including the Commissioner of Police, are pleading that we should allow them to return to Uyo. I know their predicament because they take orders from Abuja.

“But, this one, I will fight this one. I have told the Attorney-General to prepare; we are going to court against them. We will fight this fight legally. ExxonMobil cannot bring in 22 people illegally into Rivers State.

“ExxonMobil does not operate in Rivers State. They only make use of the Onne Port. We are not sure of the health status of the people they brought into the state because they can enter Eleme and Onne communities.

“We cannot leave corporate bodies who are not obeying the laws while akara and groundnut sellers are being charged to court in Lagos. This ExxonMobil matter will expose those in Abuja. I am ready for them. Rivers State is not a pariah state and we will not be.”
Wike insisted that there was a deliberate plot by some persons in Abuja to ensure that people in Rivers State are infected with the Coronavirus.

He said: “Some people want the escalation of the virus in Rivers State. People were paid to canvass a negative narrative on Carveton Pilots.

“We are doing what we can within available resources to fight Coronavirus. You can fly, but as you fly and land, don’t enter our territory.

He announced that the management of Caverton Helicopters had formally apologised to the Rivers State government, leading to the granting of bail to its two pilots and 10 passengers that were arrested for illegally flying into Rivers State.

Wike said: “Caverton Helicopters has apologised to us. The Managing Director sent me a WhatsApp message from America and people who don’t know anything were quoting the laws. I was prepared for them.

“But some prominent Nigerians intervened and apologised on their behalf also. Caverton Helicopters’ management said they won’t do it again and should be given a second chance. I asked them to put it in writing and they did.”

The governor, who vows not to take any loans from banks to fight coronavirus, said the state government will not be friendly with any company that operates in Rivers State and does not support the state.

The Governor praised the management of Nigerian Liquefied Natural Gas Limited (NLNG) for cooperating with the state authorities to fight the spread of coronavirus.

“I must commend the management of NLNG for obeying the established health protocol to check the spread of coronavirus. They have consistently liaised with the State Government in the movement of their staff on essential duties. This is what is expected of a responsible corporate organisation,” he said.

Meanwhile, PENGASSAN yesterday expressed displeasure over what it said was the continuous harassment of its members on essential duty by security operatives.

A statement jointly signed by the President, PENGASSAN, Nduka Ohaeri and General Secretary, Lumumba Okungbawa, said the arrested 22 members of the union from ExxonMobil on essential duty, were coming from Port Harcourt for ‘quarantine’ before going offshore.

It said that the arrest was carried out by the Rivers State Police Command on the pretext of enforcing the state government directives on the executive orders proclaimed in the wake of the coronavirus pandemic.

The statement said the federal and state governments had listed categories of persons exempted from the total lockdown directives which it said included senior staff in the oil and gas industry which PENGASSAN represents.

PENGASSAN expressed sadness that operatives of security agencies, who are vested with the responsibility to enforce laws, had begun to intimidate and harass the union members on patriotic duty.

“Only statesmen with national interest will venture out of their comfort zones during this period of global pandemic and national emergency.

“Recall that before this latest incident, 10 of our members onboard Caverton helicopter were meted with similar act of brutal force in the guise of sustaining the war against the COVID-19 pandemic.

“Our association condemns this new form of intimidation and therefore demands an unconditional release of all the staff of ExxonMobil still under detention with apologies.

“We warn that should this high level of intimidation and harassment persist, PENGASSAN will in consultation with our sister union in the sector have no option than to order our members out of the various oil platforms, rigs and other facilities without further notices.

“We implore the federal government and stakeholders to prevail on all the security agencies in Rivers State and all other states to stop forthwith this unpleasant anti-workers and economic posture that also amounts to hostage taking.

“The association also demands the establishment of COVID-19 testing centre in Port Harcourt to allow oil and gas workers going to rigs, offshore platforms and others to be tested before going to work locations as against quarantining them for two weeks.

“The testing will prevent attendant psychological and cost implications on workers and organisations, respectively. Finally, we seek that every law and legislation should have a human face,” it said.

Chairman of the ExxonMobil branch of the union, Razaq Obe and Secretary, Kings Udoidua, in another statement, said that the detention of the offshore workers was illegal.
Describing the situation as appalling, the ExxonMobil branch of PENGASSAN maintained that its staff had been verbally assaulted and starved since Thursday when the arrest took place.

It said that ExxonMobil Nigeria, like other responsible organisations, had adopted the 14-day isolation of all personnel as a prerequisite for offshore travels in order to mitigate COVID-19 risk, stressing that the company has facilities in Akwa Ibom State and one in Port Harcourt (Intels).

“At about 3:30pm on Thursday April 16, 2020, Rivers State commissioner of police with his team and a top army commander intercepted the convoy (protected by the police) conveying ExxonMobil personnel who are PENGASSAN members on their way to Intels, Port Harcourt, at Bori (Akwa Ibom/Rivers boundary),” the union said.

It said that despite all entreaties, the commissioner rebuffed all explanations and forced them to move to Elekaya Stadium, Port Harcourt, where they have been detained, verbally assaulted and starved since then.

“The original pretext for sending them to the stadium was to test for COVID-19 but there was no such possibility at the location; it is a construction site. They rather served them papers to write statements.

“It is appalling that Rivers State authorities have turned the global effort to tame COVID-19 to a tool of muscle-flexing and petty oppression of oilfield workers.
“We condemn the continued detention of the 21 members of our union who stake everything to produce the oil the country depends on for survival.

“We call on all stakeholders to prevail on the government of Rivers State to end this most unpleasant drama. Our members have broken no law,” the union said.

The spokesman of ExxonMobil, Mr. Oge Udeagha, told THISDAY last night that the oil firm was working with the Rivers State government to resolve the “transportation misunderstanding.”

Udeagha added: “As always, wherever we operate, we comply with all applicable laws, rules and regulations.”