Adesuwa Onyenokwe, who has carved a niche for herself in the media as a distinguished TV personality and editor-in-chief of TW Lifestyle magazine, was “Aunty” on the recently ended Ultimate Love reality television show. In this interview with MARY NNAH, she went down memory lane about the show and why the duo of Kachi and Rosie, popularly tagged Roksie, emerged the winning couple

What do you think about the concept behind Ultimate Love?

The Ultimate Love reality show is an idea whose time has come. Every human needs love and association and once there is a platform for that, it will bloom. Aunty’s love pad created the perfect opportunity for this to happen. In our fast paced world the dating game is getting increasingly difficult and complicated. Being closeted in one space free of the daily hustle and bustle, selected couples could focus on exploring a meaningful relationship with the help of experts. Add to that the fact that they stood the chance of walking away with gifts that would help them on their forever journey. You can’t top that as the perfect antidote for a crumbling family system: Help the primary actors, men and women, find each other even as they compete in a game that tests their wits, to win valuable prizes, ultimate of which is, true love. It is even more interesting because for once, Africa has the chance to present to the world, something totally original.  The Ultimate Love Show format is not a copy of any existing reality show in the world. For example, the inclusion of Aunty is purely out of an African tradition. On this continent relationships involve family.  Family matters, and MNET has proven, through this show, that it cares.

You helped the love guests through their journey of self-discovery and the desire to find love. How did you prepare for these one-on-one sessions with the love guests?

I have spent over three decades as a reporter/interviewer, been a wife for 33 years, and a mother for 32, I would say I came prepared for this. And then of course coupled with the fact that I have life coaching skills, I was able to listen in on and to the youngsters, while guiding them to a better understanding of themselves. I led them to explore their background, emotions and motives, to assist them in the process of coupling. A listening non-judgmental ear got them relaxed and ready to open up, enough to take advice too, when it came.

What would you say was your biggest challenge and win during the show?

Convincing the Love Guests that I had no favourites was quite a challenge, especially when I had to save a nominated couple weekly. Though there were set criteria, every couple saved always felt I did them a favour, which implied to the rest that favouritism could have set in. I get that from my kids all the time so I could handle it.

The biggest win was the fact that a number of true relationships were formed. Even though there was obvious chemistry, the Love Guests stayed focused on the emotional rather than the physical. I didn’t think they could. It says a lot for what the human can do to gain a prize it considers worthwhile.

What do you think of the Sunday nominations and the drama it caused among the Love Guests?

That was a big deal and some! The Love Guests spent the first couple of weeks in the Love Pad cavorting happily, as they picked their partners and began the process of getting to know each other, so the first nominations took them by surprise! It was a shock reminder that they were not in the pad to ‘play’. Eventually the drama of the Sunday live shows, elicited a tension that hung in the air for a couple of days till they relaxed and then bam, once another week ended, the cycle continued. Though with time couples fashioned individual strategies to go about their nominations, those eviction nights remained tension soaked keeping them on tenterhooks, each not knowing who would go or stay.

Roksie became the first Ultimate couple of the show. What are your thoughts on their journey?

Interestingly Roksie was the only couple that stayed the entire eight weeks in the Love Pad! They never got to go out on a mission or win a spot in the love nest. Their coupling was incidental, (they were not each other’s first choice), then hesitant, but when it picked up it just raced on to the end. Kachi’s patience paid off and Rosie’s honesty won her the viewer’s hearts, and their votes propelled Roksie to the end. The icing on the cake was the proposal and acceptance! Even the best of producers couldn’t have written a better script. This is what reality is all about. Just like with food, when love unfolds naturally and organically, it is strong, rich and enduring. I believe that will be Roksie’s story even out of the Love Pad.

Going by the feedback I get from enthusiastic viewers across Africa, most of who are ‘panting’ for more, this is a good testimonial for a show that surpassed everyone’s expectations in just its first season. My phone hasn’t stopped ringing. Kudos to the show owners! 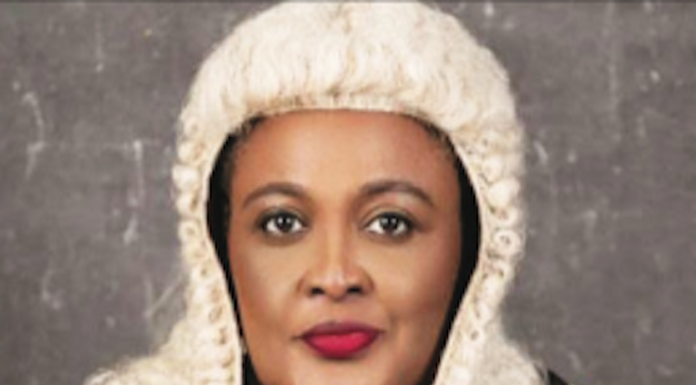