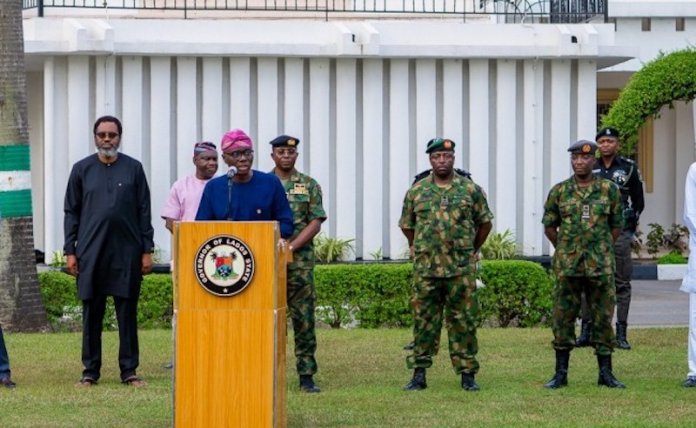 Lagos State Government yesterday introduced a bumper scheme to cushion the effect of the ongoing lockdown of the state on its residents.

The new palliatives were rolled out by Governor Babajide Sanwo-Olu less than 24 hours after President Muhammadu Buhari, in a nationwide broadcast on Monday night, extended the cessation of movement in Lagos, Ogun State and the Federal Capital Territory (FCT).

Sanwo-Olu announced the social intervention programmes during a briefing that followed Security Council meeting held at the State House in Marina.

The new scheme came on the heels of the commencement of the second part of Food Stimulus Packages being distributed to 250,000 vulnerable residents since the lockdown directive came into effect.

The governor disclosed that the state government was moved by the need to support and ameliorate the inconvenience being experienced by vulnerable people as occasioned by the extended lockdown.

The government is opening food kitchens in all the local councils in the State with a target to provide one meal per day to 100,000 youths.

Besides, the governor granted three months moratorium to Micro, Small and Medium Enterprises (MSMEs) and entrepreneurs that got repayable loans from Lagos State Employment Trust Funds (LSETF), deferring the payment of accruing interests by the loan beneficiaries.

The governor said the new palliatives were carefully drawn out to bring succour to greater number of indigent people and those eking out living from daily wages.

He said: “Before the first set of stay-at-home directives, I announced a welfare package for the indigent and vulnerable segment of the society. Though we encountered some hitches along the way, we have since revised the process and have now seen a mark of improvement in the distribution of the relief packages that is being carried out in a dignifying manner and in full compliance with all public health directives and guidelines.

“Today, I am pleased to announce additional palliatives for our citizens to further ameliorate the inconvenience occasioned by this extended lockdown. In the next couple of days, we will commence a daily ‘Food Kitchen’ programme with the target to feed about 100,000 people daily. This will largely target the youths.

“We are also cleaning up our data from our various social registers to get a clean list of truly vulnerable and economically challenged persons to enable us remit some cash to them. We aim to do these cash transfers by the end of the week to a minimum of 250,000 indigent citizens.