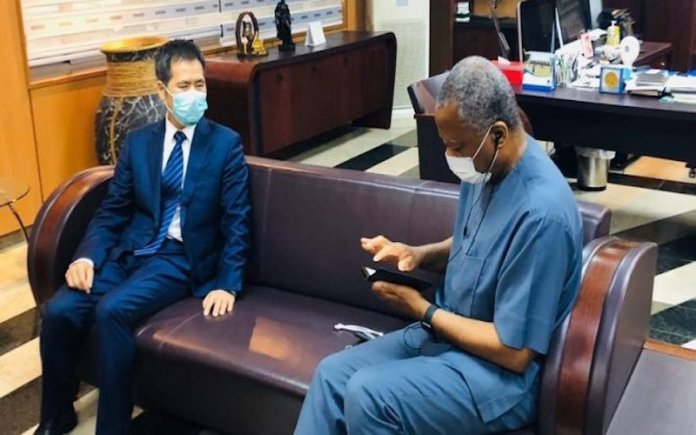 China had been widely criticised after some video clips that went viral on social media showed Nigerians being forced out of their houses and hotels, rounded up and their passports seized by the Chinese police in Guangzhou, China.

But, the Chinese Ambassador to Nigeria, Mr. Zhou Pingjian, while addressing a joint press conference alongside the Minister of Foreign Affairs, Mr. Geoffrey Onyeama yesterday in Abuja, said that China would never forget the invaluable support of the government and people of Nigeria during its most challenging stage in China’s fight against COVID-19

The ambassador reiterated that nothing has changed in China’s policy on friendship towards Africa, stressing that China cherished and is fully committed to secure its partnership with Nigeria.

Pingjian stated categorically that China has full confidence in Nigeria’s capacity and capability to eradicate the pandemic.

The ambassador explained that the policy to fighting the disease in Guangzhou has been evolving, saying that decisive action has to be taken against the virus, hence, the need for policy change in tackling the virus.

Pingjian added: “Why we are selective is because according to the statistics, the African friends are very vulnerable groups in the fight against the disease, the city has to protect them.

“Let me give you some knowledge: until yesterday, all the cases in Guangzhou were 119. The majority of them are Chinese, foreign nationals 26. Amongst those 26, from Africa 19; amongst this 19, nine are from Nigeria; that is the
case.

“We have to protect all the Nigerians for their health because according to the statistics, they are most vulnerable. For the security, for the safety of themselves and other and so that is the logic and that’s is my understanding about the logic,” the ambassador noted.

Pingjian stressed that effective communication mechanism between the Nigerian embassy and Guangzhou authority has been set up to avoid communication breakdown.

On his part, Onyeama said that Nigerian government took very seriously, the issue of the human rights and wellbeing of Nigerians anywhere and everywhere in the world.

The minister noted that wherever there might be any issue in that regard, the Nigerian government considered it an absolute obligation to intervene to ensure the rights and dignity of Nigerians are protected anywhere in the world.

He however insisted that poor communication between the Chinese authorities and African consulates in Guangzhou, China, was responsible for the alleged maltreatment of Nigerians reported in the area.

The minister who made reference to a video in both Igbo and English languages clarified that the situation was not quite what was seen in the video regarding maltreatment of Nigerians in China.Onyeama explained that there was a flight which conveyed a group of Nigerians to Guangzhou in which some Nigerians on the flight tested positive for COVID-19.

He said amongst the Nigerians was a lady who owned a restaurant in Guangzhou, who tested positive.

According him, an African restaurant, a Nigerian restaurant frequented predominantly and almost exclusively by Africans and Nigerians and that the Chinese authorities obviously picked up on this that there was this group of people who had tested positive.

Continuing, he added, “And so, automatically they demanded and insisted that they all be quarantined, with nobody allowed to come out in 14 days and if anybody came out from that quarantine, that they should not be allowed in if it was a hotel, back into that hotel or that residence.”

The minister said that the Guangzhou authority therefore put in place strict measure to contain the outbreak, which to them at that time, clearly seemed to have been within that community. He added that this was misinterpreted by some Nigerians and Africans who could not understand why it seemed to be selective.

Onyeama further said that having seen the video and received various calls from China, he alerted the Nigerian Embassy and officials in Guangzhou at the consulate, particularly the acting consul-general.

The minister disclosed further that both the Nigerian and Chinese authorities were working closely to resolve the issue and on top of the situation.

“It is unfortunate that Guangzhou authority did not reach out early enough through our authorities and consulate in Shanghai, Beijing and Guangzhou, but now that communication has been establish and they now work together as a team.” 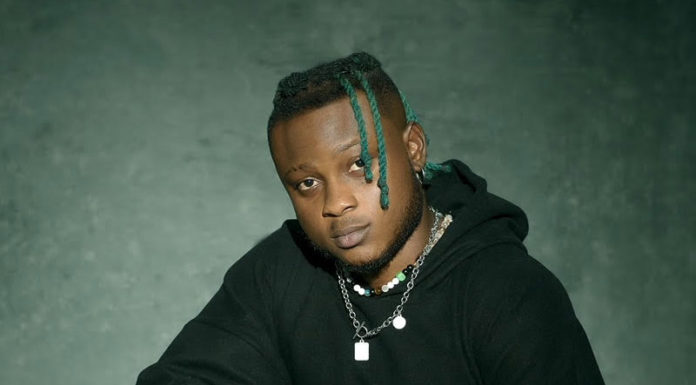