Basking in a recent recognition by Forbes magazine and the successes of his “Light Paintings”, Emmanuel Eni, from his base, in Germany muses about his art and life in these dire times. writes Okechukwu Uwaezuoke

Now, that’s the Don! To be more precise, he’s the Don – and the inventor, he stresses – of his relatively newly-released and much-swooned over “New Light Paintings”. Emmanuel Eni, now tending towards corpulence, sports a black fedora with a matching black jacket, which reinforces the hocus-pocus conveying the impression of a Mafia don.

Adjusting his 100-kilogramme frame in his seat with an air of contentment, he pauses to light a cigarette before resuming the video chat.

Predicting the future for an artist, the Nigerian-born Germany-based artist says, comes with the territory. This, he adds, is because art evokes the thoughts and bestows coherence on the things to come. Artworks and their relevance to the times are, of course, not always obvious. But, their meanings lend themselves to further extrapolations. Take his sculptures with titles like “The Burning Earth I Saw”, “Hope-fully” and “The Queen of Loneliness and the Sun” and “Black Lisa”, one of his 2020 New Light Paintings, for instance. They have become repositories of the artist’s cryptic messages.

“You cannot talk about life, without at the same time, talking about conflicts,” the man, who has integrated the moniker “Blackman in European kitchen” – the title of one of his early performance pieces – into his persona, resumes. He wants his listener to accept conflicts, pains, sicknesses, and death as the inexorable realities of earthly existence.

Not even the evidence of the gradually advancing years on his physique nor his relocation from Berlin to the Bavarian city of Nuremberg has blunted productive acuity. His recent listing in Forbes magazine as one of the most famous and popular artists in 2020 seems to lend credence to his posturing as “one of the most outstanding contemporary artists of the world”.

“As I talk to you now, my studio is littered with a thousand sculptures and a million notes in drawings on paper stacked in giant wooden boxes and a hundred paintings. My paintings, sculptures and installations adorn locations in several cities and countries.”

Indeed, it has taken him almost 30 years of diligence and tenacity to get the attention of Forbes magazine and listed by IMDb, the world’s most popular and authoritative source for movie, TV and celebrity content. This has naturally impacted on the pricing of his works, especially in the German art circles.

True, his many years of multimedia expressions may have earned him recognition as a painter, sculptor, performance artist, poet, and philosopher. But, they have also helped inveigle the “Contemporary Baroque” art concept into his viewers’ consciousness. He is, also, the creator of the Basic Metric Scale For Art Products (BMSFAP), which he alluded to in his drama sketch, titled “Death of the Curator”.

Of course, art, like other professions, labours under great constraints in these confounding times caused by the outbreak of coronavirus. The situation is further exacerbated by the stringent policies of the European Union countries, which the artist accuses of focusing on only trade and taxation and failing its citizens when confronted with such existential challenges as wars or plagues.

“Most member countries, at the early stages of the pandemic, forgot the European alliance, while some forgot their people. There were even talks by European and other western governments hinting that the lives of their aged citizens could be sacrificed for those of the younger ones because of the inadequacy of masks and ventilators. In other words, the old can die in place of the younger generation because the health materials cannot go round.”

Eni laments that the inhumane situation has become more difficult for him as an artist under the lockdown.
“Even with the lockdown, people are still expected to go to work here in Germany, not only for essential services. They are expected to pay their rent, health insurance, water, light and all the thousand and one taxes. It is hard to make art with such a reality. The lockdown, which affected art communication and made the sourcing of materials very, very difficult, was done with every EU-member country individually closing its borders without waiting for a unanimous consultation or a united reaction. I was so disillusioned and heartbroken and kept pondering over the question: Of what use is the EU?”

He accuses the Western powers of betraying and scamming their citizens, who toil day and night to pay for every drop of water, every grain of rice, and every piece of bread, every form of artificial light, every form of warmth, every form of pleasure and fire.

In the meantime, Eni is hopeful that the pandemic would blow over, even as he affirms that its true cures “cannot and, somehow deliberately, will not be found”.

“In the studio today,” he says. “I’m stretching canvases, scaling frames and armatures for sculptures and installations. In the evenings and nights, I’d be writing texts and poetry, assessing and compiling them. Yes, I’m signing hundreds of thousands of paperwork, propounding on the basic metric scale for art products that I developed and working on more New Light Paintings.”

And what are these New Light Paintings? Even the artist’s allusion to “paintings [that] can light [up] the night and bring sight to the dark”, among other not-so-intelligible descriptions, leaves the listener none the wiser.

Of course, there are still a few initial takeaways. The New Light Paintings are not stained-glass paintings but are produced on canvases. Nor are they a form of lithography. They are made with different materials and techniques, which distinguish them from other kinds of paintings. Eni, who claims the sole patent for the technique, further confounds his interlocutor with the summation: “Making a perfect picture that allows the ultimate freedom to play in the discovery of hidden aspects of pictorial composition and its reflection of the outermost and innermost feeling.”

In plain language, these paintings emit light in the dark. But, the artist prefers to say that they reveal what the light says in pictures when they are in the dark. “It shows the kindest and visually most favourable images behind vivid pictures and strong themes.”

According to him, they are the fallouts of his 12 years of experimentation. The deft use of colour pigments on durable canvases coax out the inner light – or the “soul of the colours and the paintings themselves – in such a way that they outshine the outer light.

On the durability of the materials used for the paintings, he says that the combined use of colour pigments and canvases helps them develop multiple memories as they age. Thus, the paintings wear gracefully over a prolonged period.

“The special canvases and colour pigments used in the production of the ‘New LightPaintings’ combine to seal the memory of materials and enhance the life of the painting’s matter. It enables paintings done in the technique to be folded and rolled without damage to the material.”

This means that they can survive the vagaries of climate, weather, time and light. Their proliferation into both public and private collections in the central European country attests to their acceptance among the aficionados.

No doubt, the happily-married father of three grown-up mixed-race boys, with a slew of exhibitions and performances to his credit, has finally found his cruising level in the German art scene. 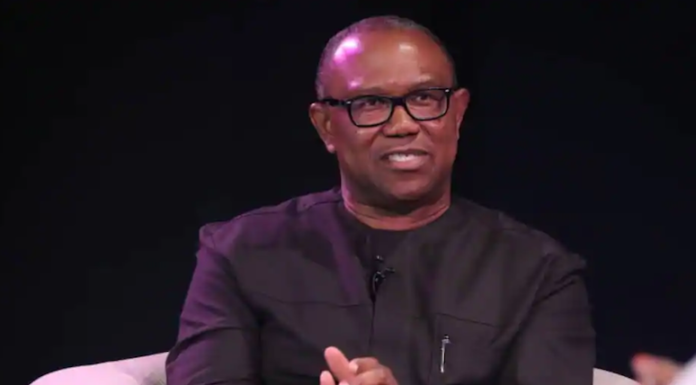