The General Manager, Corporate Affairs, of the National Inland Waterways Authority (NIWA) Mr. Tayo Fadile, would retire from public service in April after 33 years, amid encomiums for his public relations expliots in the Nigerian maritime sector.

Fadile began his public relations career at the Nigerian Shippers Council in 1986 but spent a greater part of his career at the NIWA, Lokoja, where he set up and managed its Corporate Affairs Department for 22 years. Fadile, who hailed from Kabba, Kogi State, is a graduate in Mass Communication from the University of Lagos and the publisher of the community journal, KabbaScope.

He planned to mark his exit from public service with the launching of a publication titled “33 Years of Public Relations Practice in the Maritime Industry of Nigeria.” The book, with foreword by Cardinal John Onaiyekan, the Catholic Archbishop of Abuja, is an in-depth but breezy account of his illustrious career from its humble inception to rousing retirement in April 2020.

He said: “I am extremely privileged and lucky to have served my fatherland in such a capacity that I could contribute my own quota to the development of the nation’s maritime economy, particularly as a public relations practitioner. I return all glory to God. I owe my success to the unflinching support of my family, my staff and the media.”

Fadile, who served under no fewer than seven managing directors at NIWA, stressed that he could not have succeeded without the help of the media. “Your public relations career is as good as the backing you are getting from the media, including radio, television, print and online newspapers and the social media. I enjoyed very cordial relationship with virtually all members of the media. I am profoundly grateful to them.”

He would be remembered for the consistency and professionalism he brought into his job at the NIWA as well as his innovative and effective projection of the image of the NIWA, which made it one of the most recognised brands in the Nigerian maritime sector. 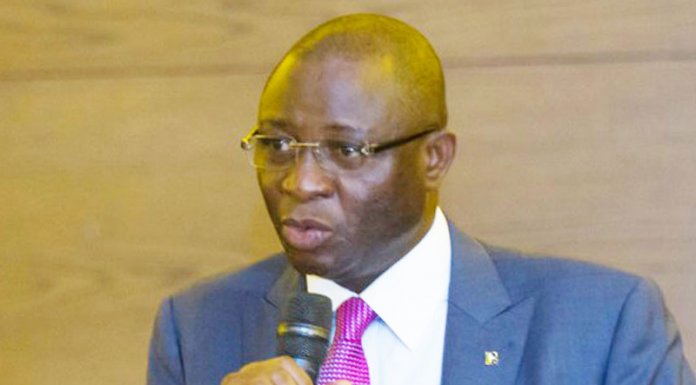