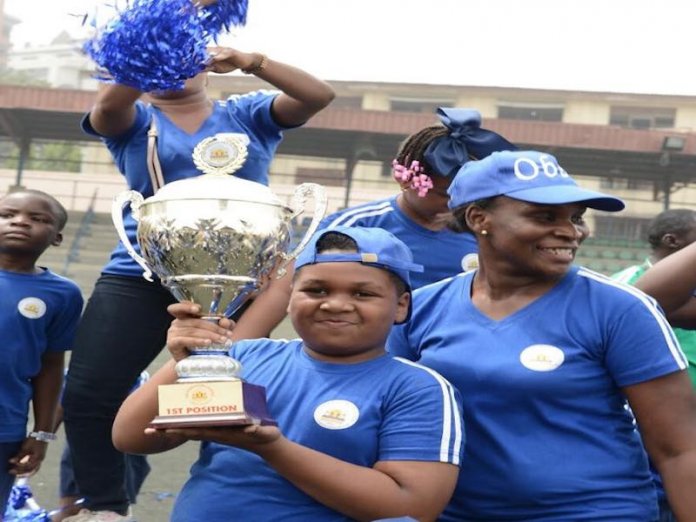 The Director of The Foreshore School, Ikoyi, Ms. Oyindamola Egbeyemi has stressed the need for the country to create opportunities especially in the area of sports so as to allow people to exploit their inherent talents.

Egbeyemi, who said this recently during the school’s inter-house sports 2020, themed ‘Working Together in Love’, said if sports is taken seriously in schools, for instance, it will be a good opportunity to exploit talents and offer scholarships to children who might want to go abroad for further studies.

“The US is constantly looking for sportsmen and women to give scholarships to. Look at all the sports teams in the world, you will notice that the greatest talent are of African descent. So genetically, we have the make up to excel sports wise. I feel we need to exploit that a little more.”

In terms of promoting wellness, she said the school has always been an advocate for health and fitness, adding, “good health is very important. We had a guest speaker today who spoke about physical fitness as a key thing that keeps people alive. He said lack of physical fitness kills people the most because they don’t realise that it is important to stay active. Inactivity is what kills people the most, so it is very important to stay active to promote movement. In Nigeria, we are always sitting down instead of being active.”

“People always focus on who is going to win during inter-house sports, whereas the focus should be people working together to promote good team spirit, enjoying the sports together as a team and making sure we have the same vision and achieving the same goal. There are many people who are working together to ensure this day turns out well and members of staff getting the children ready and they themselves having to put in their efforts to develop team spirit.”

The director said the school encourages the children to love each other within their team, adding that their parents are also carried along in building team spirit.
“Without them, we won’t be together as a unit, so we try to promote working together and the team work that we share.”

She expressed excitement about the quality of games being showcased at the competition, saying that it is all about being intellectually coordinated that will bring about success in sports.

“Though I wasn’t directly involved in the games, but I was very impressed to see that the games was not just about speed and endurance and some cognitively thought out games such as doing the thread, filing sponge with water to fill up bottles, among others. It goes to show that sports is not just about speed and endurance which is what is usually promoted.”