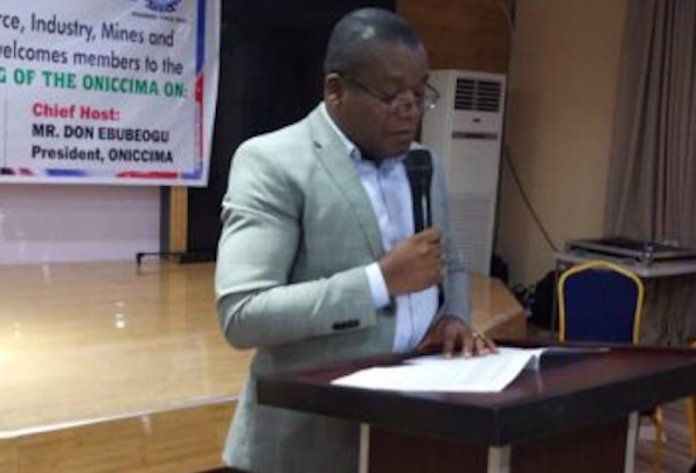 Dike Onwuamaeze
Industrialists and operators in the Organised Private Sector (OPS) in the south-east said they are getting prepared for a looming economic shutdown following the closure of the Niger Bridge by the Delta State Government, as part of the measures to stem the spread of COVID-19 pandemic.

The Anambra State government had also announced that it would shut down all markets in the state from today.

The President of Onitsha Chambers of Commerce, Industry, Mines and Agriculture (OCCIMA), Mr. Chris Ukachukwu, told THISDAY, in a telephone chat that the effects of the virus was creating a difficult operational environment for members of the OCCIMA and might force some of his members to shut down their factories, especially those in the food and beverage sector.

Ukachukwu said: “Those in the manufacturing of bottled water are faced with possible shutdown of operation as the raw materials they need to produce plastic bottle are no longer coming in freely from Lagos.

“And the closure of the Niger Bridge as well as the increasing number of states that has closed inter-state borders in the south-east may signal end of production as most factories that relied on imported raw materials will no longer have access to the sea ports.
“Moreover, anything that threatens transportation across the Niger Bridge will literally throw the Southeast into economic paralysis.”

He said most businesses in Onitsha were battling with poor electricity supply and were finding it difficult to sustain production due to scarcity of diesel as some filling stations have closed down.

“Electricity supply has gone down and diesel is scarce and expensive making most manufacturers to run at high cost that renders their products uncompetitive,” Ukachukwu said.

The Director-General of Enugu Chamber of Commerce, Industry, Mines, and Agriculture, Mr. Henry Nduka Awuregu, also told THISDAY that the pandemic was having a negative impact on businesses in the state, especially with the closure of inter-state borders that has made difficult to move goods from Enugu to Ebonyi and Abia States.

“Sector to sector has been recording negative impact. Peace Mass Transport Limited has shut down operations. Most hotels are operating at less than 30 per cent capacity and filling stations are not dispensing fuel as before.” Awuregu said, adding that it was too early to put a figure on the losses suffered by businesses as a result of the COVID-19.

Similarly, the immediate past President of Awka Chamber of Commerce, Industry, Mines and Agriculture, Mr. Felly Zontal Akosa, told THISDAY that most people were focusing more on how to survive the pandemic than doing business.

“We are not talking about business but survival now. Some factories are shutting down production and the announcement that the Niger Bridge will be closed will amount to total economic lockdown.”

In the same manner, the Chief Executive Officer of Twinset Induatries Limited, Aba, Mr. Andy Uba Obasi, who was also the past President of Aba Chamber of Commerce and Industry, Mines and Agriculture, said that, “the prices of raw materials have gone up tremendously while access to imported inputs are scarce now.”

Obasi, said most manufacturers were being forced to reduce or closed down their production line as a means of surviving the difficult environment imposed by the effort to contain the spread of COVID-19.

A recent statement signed by the President of Lagos Chamber of Commerce and Industry, Mrs. Toki Mabogunje, acknowledged the enormity and severity of the looming catastrophe, which the COVID-19 pandemic portends to business if it is not quickly contained, which she described as “monumental and unprecedented.”

Mabogunje, said disruptions in business and economic activities at the domestic level as companies and businesses shutdown operations, following lockdowns and mobility restrictions had left the aviation, hospitality, SMEs, manufacturing sectors as the worst hit in the current situation.

She advised businesses to review their strategies in line with unfolding developments, by adopting a flexible business model to ensure tight control on costs and non-revenue generating segments of the business.

Last week, the Nigeria Employers Consultative Assembly (NECA) held a virtual meeting with the Governor of Lagos State Mr. Babajide Sanwo-Olu, and agreed that Lagos State would not be on complete lock down. This was to allow all food markets and retail chains like Spar, Game, Shoprite etc. to remain open daily.

A Professor of Economics at Afe Babalola University, Sam A. Igbatayo, said entrepreneurs could leverage on opportunities that often emerge in the process like digital technology to deliver consumer products around the world.