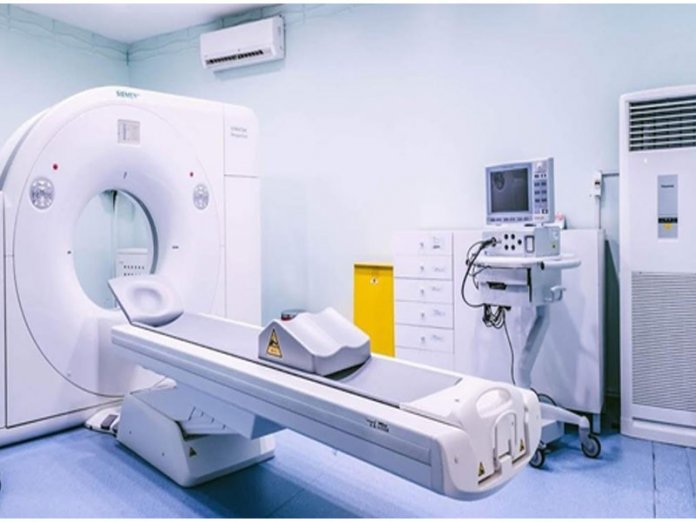 A philanthropist, Sir Emeka Offor, has donated medical equipment and educational materials worth $30 million to Nigeria and 18 other African countries.
Offor’s Chief of Staff, AIG Chris Ezike, in a release, stated that the donation was effected through the Emeka Offor Foundation, with several medical institutions and higher institutions in Nigeria benefiting from the first phase of the donation.
He said the donation was in line with Offor’s initiative geared towards supporting the efforts of the Federal Government in the provision of quality healthcare service and education to the citizenry.
Ezike also listed 14 hospitals and medical institutions spread across the country that have received one container each of consumable and medical equipment to include National Orthopedic Hospital Enugu;
Chukwuemeka Odumegwu Teaching Hospital Awka, Anambra state; Police Hospital, Abuja;
University of Maiduguri Teaching Hospital, Maiduguri, Borno state; General Hospital Daura, Katsina state; Federal Medical Centre, Yenagoa, Bayelsa state; Federal Medical Centre, Katsina, Katsina State and Gombe State Specialist Hospital,Gombe.
Other benefitting hospitals and institutions are
Kebbi State Medical Centre, Kalgo, Kebbi State; Nigeria Police Force; Nigeria Army;
Ogun State Hospital, Ilaro, Ogun State;
Central Hospital, Benin City, Edo State;
General Hospital, Oraifite, Anambra State and one container reserved for Emergency Deployment.
According to him, 80 Universities, 22 Polytechnics, 37 Colleges of Education, seven Public Libraries (one from each of the six geo-political zones including FCT), 180 primary and secondary schools nationwide have received their support materials benefitted from the first phase of books recently distributed by the Foundation.
He added that President Muhammadu Buhari and governors of Edo and Abia states were represented during the books distribution held in Abuja.
Other attendees, according to the release, include Governor Muhammad Yahaya of Gombe state; Senator Ifeanyi Ubah (YPP Anambra South) and representatives of both the Chief of Army staff and the Director-General of State Security Service (SSS).
The statement further alluded to the fact that Offor made the largest single donation by an individual to Rotary Foundation in the whole of Africa when he donated one million dollars to rid the world of polio.
“His total contribution to Rotary International for the fight against Polio currently stands at $3.1m today. The Sir Emeka Offor Foundation (SEOF) is a household name in philanthropy as robust, responsive and sustainable initiatives aimed at complementing Government’s efforts are rolled out from time to time for the betterment of the society,” the release added.