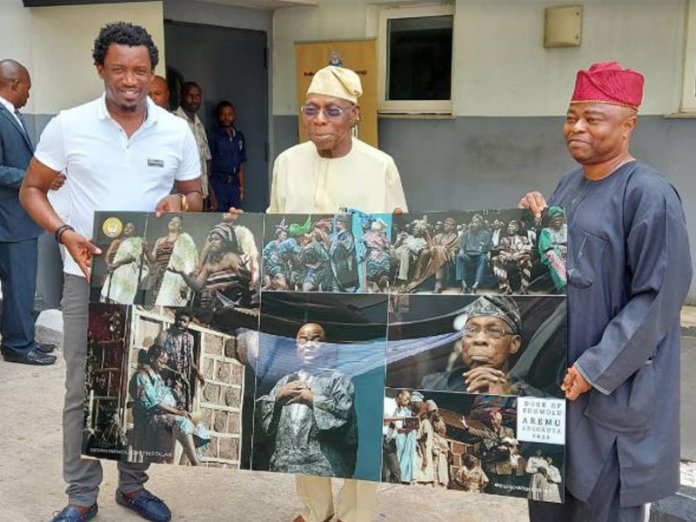 Emerging theater Production power house The Duke of Shomolu Productions Limited is partnering with frontline design and development Firm Orangeline to deliver one of the most iconic landmarks in the world of African theatre.

Working very closely wih it’s other partner- Nucleous 3 Limited, the Duke of Shomolu productions is poised to execute an exciting Theatre project that would see it build a 500 seater Auditorium that would come complete with inspiring anxiliary value adds including Food Courts, Conference Centres, Mini Hotel, luxury accommodations and further complemented with state of the arts rehearsal and recital Halls to be named after historical Nigerian Figures.

Already VFD Group has indicated an interest to be funding partners while Access Bank and Sterling Bank would be bankers to the project.

While speaking yesterday, the Executive Chairman of Duke of Shomolu Productions, Mr Joseph Edgar had expressed the objectives surrounding the project which has been named the Duke of Shomolu Arena- the Peoples theatre to be a main vehicle for peoples empowerment, wealth and job creation and much more importantly a vehicle for the preservation and continous enthronement of our cultural ethos and traditions.

According to him, the project would engage over 1,000 youths serially and while giving about 100 Nigerians the opportunity to hold a 20% stake on it’s way to be listed on the Nigerian Stock Excbange as the very first theatre production Company on the influential bourse. In its bid to achieve this, it has listed the support of Kedari Capital an influential investment banking franchise who would be Joint Financial Advisers with Hamilton and George Limited.