Rangers striker Israel Abia has returned to the top of the goalscorers chart as the race for this season’s Eunisell Boot intensifies.

The forward scored twice in his team’s 3-2 win at the home of Nigeria Professional Football League (NPFL) new boys Dakkada FC on Wednesday.

In a topsy-turvy contest at the Nest of Champions in Uyo, Abia equalized to cancel out Femi Ajayi’s goal, and the striker’s second goal of the evening then turned out to be the winner which put him at the summit in the race for the Eunisell Boot.

Mustapha became the latest player in the NPFL to join those with double figure of goals after scoring both goals that ensured Plateau United edged Kwara United 2-1 at the New Jos Stadium on Matchday 25.

Enyimba forward Victor Mbaoma is the other player who is in within touching distance of the pacesetters in the running for the Eunisell Boot this season. He has scored nine goals so far.

Meanwhile, Nigeria Professional Football League (NPFL) has been suspended indefinitely due to the coronavirus pandemic. 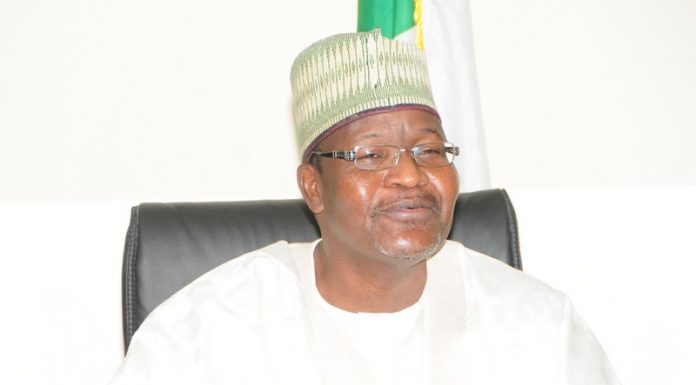