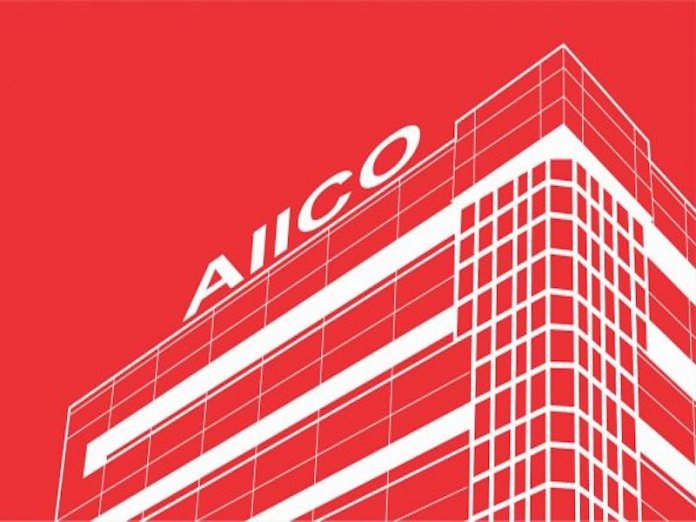 AIICO Insurance Plc has disclosed that a total of 38.83 per cent stake in the company has been acquired by institutional investors after the successful completion of its recent private placement offer.

Following the latest directive of the insurance sector regulator, the National Insurance Commission(NAICOM), on recapitalisation of insurance and reinsurance firms, AIICO had sought for and received shareholders’ approval to increase its authorised share capital to N18 billion, through various instruments to meet the new minimum capital base as a composite insurer.

Having received its shareholders’ approval, AIICO, had swung into action by seeking for funds from its investors through a private placement.
According to the Managing Director / Chief Executive Officer of the company, Mr. Babatunde Fajemirokun, said as a result of the private placement, the firm’s paid up share capital increased from N6.1 billion, to N11.3 billion.

According to him, AIICO also intends to raise the outstanding capital from existing shareholders.
According to Fajemirokun, who spoke at a recent Extra-Ordinary General Meeting (EGM) of the company held in Lagos, the shareholders demonstrated their support by voting in favour of the proposition to raise additional capital through a rights issue.

He said with this, the future looks bright for the company, adding that the company was still making efforts to ensure it meets the deadline for the recapitalisation, which is December 31, 2020.

“We are making progress in positioning our company for long-term sustainability, increasing our capital base, will enable us strengthen our balance sheet, provide additional capacity to underwrite more risks and deliver better returns to our shareholders.

“Our history of stability and reliability has earned us a place of admiration in the minds of our esteemed customers. We are putting structures in place to continuously delight and excite them with innovative products and superior service experience”, the AIICO Insurance boss said.
‘Climatic Challenge to Cost Business Operators $2.5trn in 10 Years’

Allianz Global Corporate & Specialty (AGCS), in its session on Environment, Social and governance(ESG) predicted that climatic challenge alone would cost businesses worldwide over $2.5 trillion in the next ten years.
The company therefore said businesses should either tackle challenges from these trending issues or incur reputation damages or legal liabilities that would expose them to higher claims.

The company said these were five sustainability trends companies should watch in their business operations this year and beyond, adding that effective management of these sustainability issues was increasingly seen as a competitive advantage.

“For companies today, it is no longer enough to focus only on delivering profits and creating value for shareholders, they also need to show that they are making a difference to the environment and society. “As demand for business to demonstrate its sustainability credentials grows, companies are being held accountable by consumers, investors, regulators and other stakeholders and increasingly face reputational damage or legal liabilities if they fail to appropriately manage ESG issues”.

According to him, climatic change, ranked seventh in the Allianz Risk Barometer 2020, adding that this has remained its highest-ever position – and was already affecting businesses in many ways, such as an increase in physical losses from more severe weather events or potential market and regulatory impacts such as carbon-emissions offsetting.

He said there were also litigation risks as climate change cases targeting ‘carbon majors,’ had already been brought in 30 countries around the world, with most cases filed in the US.

“Companies are realising that they may face consumer criticism, reputational damage and increasing regulatory and legal action if they don’t adequately address climate change in their business strategy, operations and product offerings,”

According to him, many companies are now taking action by committing to becoming carbon-neutral and joining international de-carbonisation initiatives, due to reevaluation that responding to the challenges posed by climate change could cost companies worldwide as much as $2.5 trillion over the next 10 years.
He, however, said this could also provide new business opportunities, such as renewable energy production methods, CO2 capture, storage and removal or battery production.

On access to fresh water, Bonnet, said by 2050, the world’s population was expected to reach 9.7 billion.
He added that while global water demand was expected to increase by 20 per cent to 30 per cent, mainly due to demand in the industrial and domestic sectors. Currently, over two billion people were living in areas of high water stress and almost half of the global population – about four billion people – experience severe water scarcity during at least one month of the year.