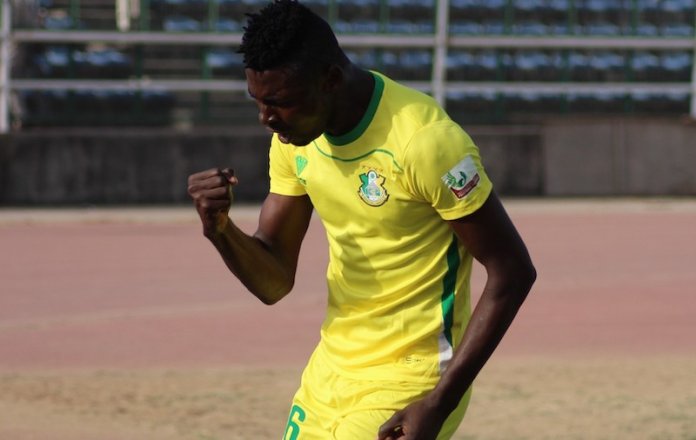 Both players were among the goal scorers over the weekend for their clubs to take their tally for the campaign to 11 goals apiece.

Auwalu has been in superb form for Kano Pillars and the forward continued his performance by netting the two goals that ensured his club won 2-0 at the Sani Abacha Stadium in Kano on Sunday.

Effiong, on the other hand, made sure that he remained as a contender for the Eunisell Boot when he scored an eighth-minute goal for Akwa United at the Muhammadu Dikko Stadium in Katsina where they picked a point after Katsina United rallied back to a 1-1 draw.

However Auwalu and Effiong will still have to look over their shoulders as Rangers striker Israel Abia with 10 goals is breathing down their neck. The former Sunshine Stars man was not among the goals on Matchday 24.

The pair of Enyimba’s Victor Mbaoma and Plateau United’s Ibrahim Mustapha, who scored in his team’s 2-1 win over Nasarawa United, are also in the running with nine goals each.

The race for the Eunisell Boot continues this midweek with Matchday 25 games.