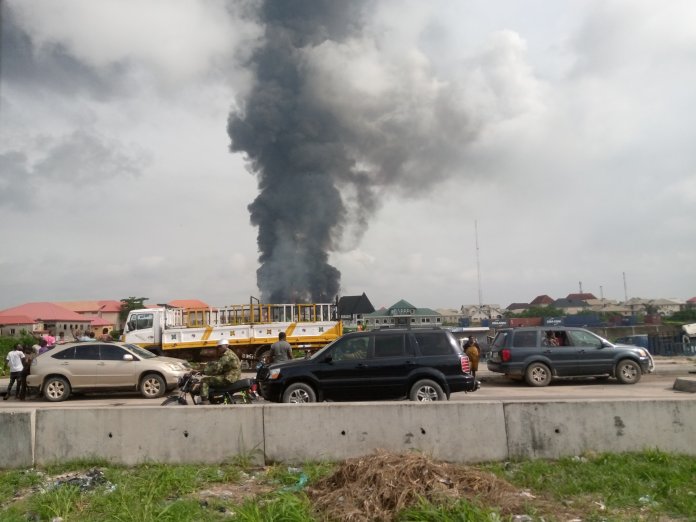 The Senate President, Dr. Ahmad Lawan; the Speaker of the House of Representatives, Hon. Femi Gbajabiamila, and Ekiti State Governor, Dr. Kayode Fayemi have commiserated with victims of yesterday’s explosion in Lagos.

Lawan called for the probe of the explosion that rocked Abule Ado in Amuwo Odofin local Government Area of the state, which claimed several lives.

Lawan, in a statement by his Media Adviser, Mr. Ola Awoniyi, called on the relevant authorities and agencies to get to the root of the incident with a view to forestalling a re-occurence.

Gbajabiamila has also expressed sadness over the pipeline explosion in Abule Ado.

Gbajabiamila, who sympathised with the victims of the explosion, called for calm as the state government makes frantic efforts to ascertain the cause of the incident.

The Speaker commended the Lagos State government as well as relevant agencies for taking action following the explosion.

In a statement by his Special Adviser on Media and Publicity, Mr. Lanre Lasisi, the Speaker said everything should be done to avert the reoccurrence of such incident in future.

He said “My heart goes out to the people of Abule Ado, especially the victims of the explosion, in Amuwo Odofin Local Government Area. I also sympathise with the people and Government of Lagos State over the incident. May I call on all the agencies of government to do diligent work to ascertain the cause of the explosion to avert a reoccurrence.”

On his part, Fayemi has also commiserated with the Governor of Lagos State, Mr. Babajide Sanwo-Olu, and families of victims of the explosion.

The governor in a statement by his Chief Press Secretary, Mr. Yinka Oyebode, regretted the huge losses recorded during the early morning fire, urging the victims not to lose hope in the face of the disaster.

He also called on Nigerians generally to be conscious of safety of their environment, especially during this dry season.

“We commiserate with families that lost their loved ones as well as residents and business owners who lost properties worth several millions of naira to the fire incident.

“The government and people of Ekiti State share in your grief and our prayers and thought are with you during this trying period.” the statement added.