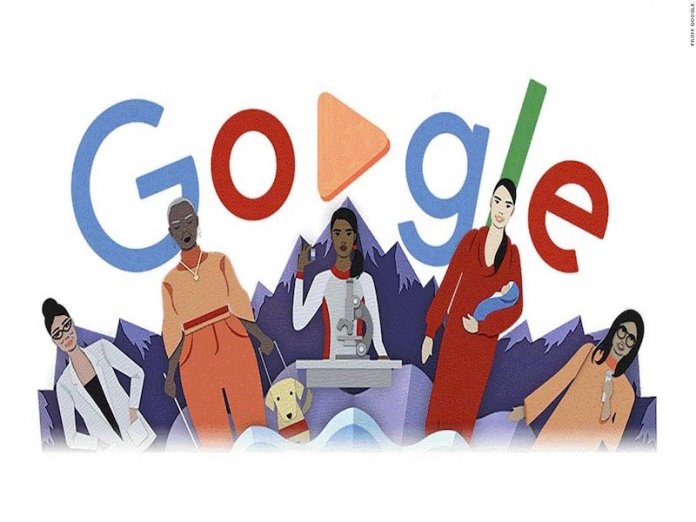 In honour of the recently celebrated International Women’s Day, Google has revealed that it is doubling its commitment to train 20,000 women in Africa this year on entrepreneurship, digital literacy, workplace readiness and leadership, Chiemelie Ezeobi reports

Globally, every March 8 is dedicated to honouring women’s achievements in different spheres of life. It is also a day that women from different backgrounds and culture come together to fight for women’s rights and address issues of bias. This year, its theme was a timely call to action for improvement of women’s situations globally.

Aligning with that, Google hosted a Women Will event, in partnership with Grow with Google, on March 9 to celebrate the IWD. The event showcases women who have become a part of Google’s Women Will communities, and other Google-led women’s initiatives, while highlighting their successes and achievements.

It was at the event Google announced its plans to double its commitment to train 20,000 women in 17 cities in Africa this year. For Nigerian women, out of the 20,000 potential trainees, 5,000 women will be trained inAbeokuta, Abuja, Ado Ekiti, Ibadan, Yaba, Uyo and five other cities in Nigeria. Through this program, Google will empower participating women with entrepreneurship, workplace readiness, leadership and technology skills starting with an empowerment drive in March and April.

A further 15,000 women on the continent will be trained through community-driven training initiatives via Women Will communities across Sub-saharan Africa.

Women Will is Google’s initiative that aims to empower women with training, skills and communities to access opportunities, thus helping to close the gender equality gap and leading to positive social and economic impact. Women Will focuses on four key areas to address the gaps – leadership, entrepreneurship, workplace readiness and digital literacy.

Following up on their launch in Sub-saharan Africa on International Women’s Day 2019, 26 Women Will communities across Sub-saharan Africa have trained more than 10,000 women via peer to peer learning engagements, community led events and networking to access opportunities.

“On International Women’s Day in 2019, Google announced the launch of Women Will, Google’s initiative to create opportunities for women, in Africa under the Grow with Google umbrella,” says Mojolaoluwa Aderemi Makinde, Head, Brand & Reputation, Google SSA. “Since then, we have reached more than 10,000 women across eight countries and 26 communities. With 26 chapters across Africa, Women Will has helped create access to networks, skills and opportunities for women across the continent”.

According to a 2012 World Development Report, women account for 40 per cent of the global labour force and are more likely to work in less productive sectors than their male counterparts. A similar report by UN Women also shows that women are more likely to be unemployed than men. Based on historical data, 2017 global unemployment rates stood at 5.5 per cent for women relative to 6.2 per cent for men and this is projected to remain unchanged till 2021.

“Empowering women in the economy and closing gender gaps are key to achieving the 2030 Agenda for Sustainable Development and sustainable development goals, particularly to achieve gender equality, to promote full and productive employment and decent work for all and reducing inequalities,” Makinde added.

“Google remains committed to providing a platform for women to achieve their potential and to grow,” she adds, commenting that: “Since 2016, we have trained young people and SMEs living in Africa via our Digital Skills for Africa program to help them find jobs and grow their businesses. Our digital skills training has been offered in 29 countries across Africa, with over 60 per cent of trainees having confirmed recording business growth, starting new businesses, finding jobs or growing in their current jobs. To date, we have trained more than 5 million people, 48 per cent of which are women”.

According to Google, its mission is to organise the world’s information and make it universally accessible and useful. Through products and platforms like Search, Maps, Gmail, Android, Google Play, Chrome and YouTube, Google plays a meaningful role in the daily lives of billions of people and has become one of the most widely-known companies in the world. Google is a subsidiary of Alphabet Inc.

Still on its past and current programmed targeted at women, as part of Google’s commitment to train 10million African’s on digital skills, they have trained 5 million people in 29 countries across Sub-saharan Africa and 48 per cent of them are women. “Our digital skills training gives jobseekers and entrepreneurs access to new digital skills to grow their careers and businesses. One of those women is Khui Kharanja who runs a sustainable fashion business based out of Nairobi and has used the digital skills she gained from her training to improve visibility for her business”.

According to McKinsey Africa, if current rates were to be maintained in the future, the overall global gender gap will close in 142 years in Sub-saharan Africa as opposed to 61 years in Western Europe. In Africa, Google aims to help close this gap by helping African women strive for equality with the right skills.

Google also have the Women Techmakers, a program to help provide visibility, community, and resources for women in technology. In Sub-saharan Africa, there are 159 Women Techmakers Ambassadors in 24 countries with more than 4 thousand members across SSA and more than 90 per cent of our Google Developer Groups have at least one female organiser.

In 2019, they launched Launchpad Women to help women in leadership in tech startups across Africa access the community and resources they require to excel.

Another programme is #IamRemarkable , which is a global movement that empowers women and underrepresented groups celebrate their achievements in the workplace and beyond. In the heart of the initiative is a 90 minute workshop aimed at improving women’s self-promotion motivation and skills, by breaking gender-related modesty norms and exploring how to change social perceptions around self promotion. The initiative has reached 100,000 participants across 100+ countries with the help of 5000 facilitators. Three months post the workshop participants have reported the following impact: 81 per cent feel more confident, 89 per cent more active in self-promotion and 49 per cent achieved job/career growth.

With their CS First program, they are also helping young girls to build future relevant skills. Via their continued partnership with SAP to run Africa Code Week, they have trained over 115k kids across 18 countries in Africa last year. 53 per cent of students trained were girls and 15 per cent trained in underserved communities.

Through Google.org, they have given over 10 million dollars to over 40 nonprofits and social enterprises across Africa. Amongst them are women empowerment focused organisations like Solar Sisterproviding economic empowerment to women entrepreneurs by enabling them to build sustainable clean energy businesses to bring light, hope, and opportunity to energy-poor communities across Nigeria.

Another example is Clothes For Good in South Africa that empowers mothers of children living with disabilities to find financial independence in a highly productive, fully inclusive, value driven, green ecosystem.