Gboyega Akinsanmi in Lagos and Adedayo Akinwale in Abuja

The National Vice Chairman of All Progressives Congress (APC) for the South-west, Mr. Bankole Oluwajana Saturday disputed claims that the party’s acting National Secretary, Chief Victor Gaidom had resigned from the National Working Committee (NWC) before the 2019 general election.

Oluwajana added that the NWC under the chairmanship of the APC National Chairman, Comrade Adams Oshiomhole, granted waiver to the acting national secretary to contest the 2019 election as the running mate to the governorship candidate in Rivers State, Mr. Tonye Cole.
He made the clarification in response to THISDAY inquiries yesterday, faulting the claims of the APC Deputy National Publicity, Mr. Yekini Nabena that Gaidom resigned from the NWC before the 2019 governorship elections.

Nabena had earlier challenged Gaidom’s power to convene the meeting of the APC National Executive Committee (NEC) scheduled to hold on Tuesday at a news conference he addressed in Abuja, claiming that Gaidom had resigned from the NWC before the 2019 governorship election.
Nabena alleged at the news conference that the acting national secretary tendered his resignation letter to the NWC to contest the 2019 election as the deputy governorship candidate in Rivers State.

He said: “It is an aberration that he still attends meetings of the NWC, occupies the office of Deputy National Secretary and convenes a NEC meeting. In our politicking, we must not lose sight of due process and the dictates of the Party’s constitution.”
However, faulting Nabena’s claims yesterday, Oluwajana explained that at one of one of the party’s NWC meetings before the 2019, Gaidom’s decision “to seek an election was deliberated upon. The issue is not whether Oshiomhole should stay or go.”

Before Gaidom stood for election in 2019, Oluwajana noted that the acting national secretary was given a waiver by the NWC, noting that the APC Director of Administration, Alhaji Abdullahi Gashua duly communicated the waiver to Chief Victor Gaidom.

He justified the need to hold the NEC meeting, noting that whether there should be the NEC meeting or not should not be a subject of debate because the APC’s constitution set up the organ to resolve issues and take decisions.

“All the arguments, court actions, court orders and counter court order are very unnecessary. The essence of democracy is that issues are resolved through democratic process. That is why we have the NEC and some other organs our constitution set up.
“Anybody, who goes against the meeting of NEC, is simply strangulating democracy. Who is afraid NEC meeting? Why the sudden fear of the NEC meeting?
“The only way the party can survive is that the appropriate meeting should hold and decisions made. Democracy is a game of number. Whatever the decision of the majority is, every member should comply in the interest of the party.”

At the news conference yesterday, Nabena had also said: “I call on members of our party and the public to disregard the so-called zonal caucus meeting which held on Thursday at the Edo State Governor’s Lodge in Abuja.

“The meeting was neither convened nor attended by the APC National Vice Chairman for the South-south, Hilliard Eta and Leader of the party in the South-South, Deputy Senate President, Ovie Omo-Agege.

“Hence, all decisions reached at the purported meeting are a nullity and definitely does not reflect the views and stand of the Party’s South-south caucus.”

Nabena noted that the members of the party could not be taken for a ride because of the political and 2023 presidential aspirations of Gaidom’s sponsors and godfather attempting to control the party’s structure. 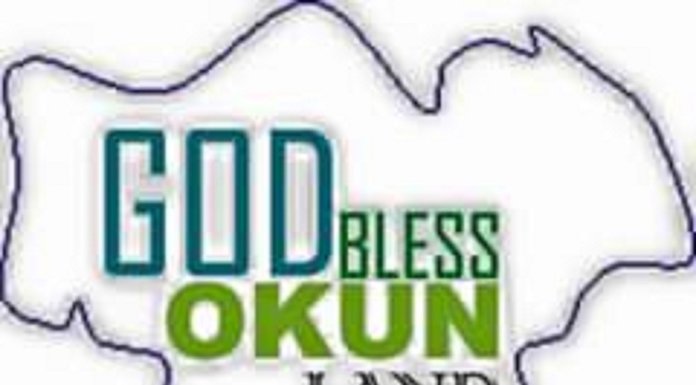