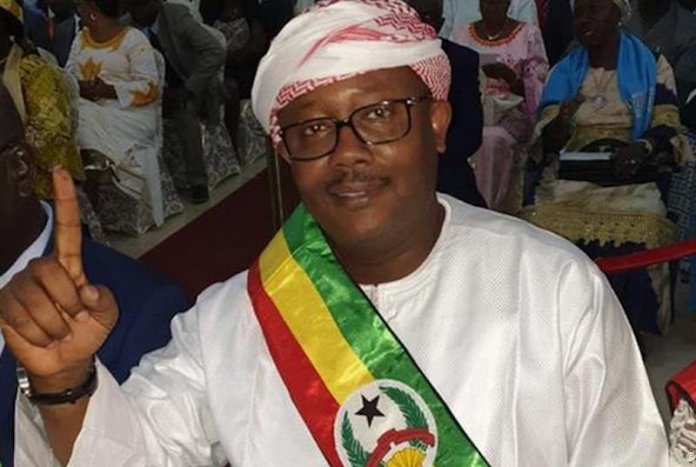 A statement by presidential spokesman, Malam Garba Shehu, said the president who gave the assurance while receiving the Guinean leader at the State House, told his guest that he also had the support of other leaders of West Africa countries.

“It is good you have support of West African leaders, President of Senegal Macky Sall and that of Niger, Muhammadu Issoufou who is the Chairman of ECOWAS, behind you. Both leaders have the respect of their countries.

“We, the leaders of West Africa have the duty of ensuring that the sub-region is stabilised politically, economically and security wise. We will do our best to ensure that elections are free and fair and meet democratic expectations,” Buhari was quoted as saying.

The statement said Buhari also enjoined Embalo to always place priority on his country’s national interest.
“In these days of high-tech communications, information travels very fast. Be mindful of national interest which is often reflected in economic and political matters,” he was further quoted.

According to Shehu, Buhari assured Embalo that Nigeria would continue to support him and his country, congratulating him on the process leading to his victory at the poll and his eventual inauguration as president.
He added that Embalo, in his remarks, said he had come to Nigeria to express his country’s deep appreciation to it for the support it gave to Guinea Bissau in “our most difficult moment.”

The statement added: “He praised Nigeria’s role in the region as well as in global politics and urged President Buhari to continue to ensure the survival of democracy in the sub-region.

“On the seeming controversy surrounding his election, the visiting President declared that with the decision of the country’s courts to give legitimacy to his victory, all matters are now settled, and he now had the support of virtually all the political forces in the country.”

FG: AFCTA Offers Every State in Nigeria Chance to be Economically Viable