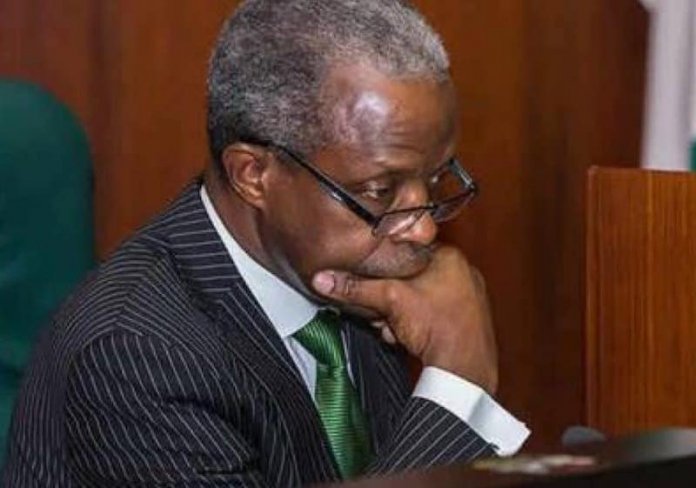 One of Vice President Yemi Osinbajo’s escort riders, Inspector Ali Gomina, lost his life yesterday in an accident while leading the vice-president’s convoy to the Nnamdi Azikiwe International Airport, Abuja.

Following the death of the rider, Osinbajo cancelled the flight and returned to Abuja to mourn his security aide.

The vice president, who was going to take a flight to Lagos when the incident happened, is believed to be safe, and saddened by the death of his escort rider.

Though the cause of the accident was unknown as at press time, last night, but the Senior Special Assistant to the President on Media and Publicity, Office of the Vice President, Laolu Akande, said in the statement: “With grief in our hearts, we announce the death of one of the police escort riders on the Vice President’s convoy, Inspector Ali Gomina, aged 45, who was involved in a road accident while on official duty today (yesterday).

“The accident occurred on the road to the Nnamdi Azikiwe International Airport. The Vice President, who is greatly saddened by this occurrence, has aborted the scheduled trip.

“The Vice President described Gomina as a diligent, hardworking and serious-minded officer, who will be greatly missed by the team. He is survived by his wife, children and relatives. May his soul rest in peace.”

In February last year, Osinbajo survived a helicopter crash in Kaba, Kogi State where he travelled to for a campaign rally for his and President Muhammadu Buhari’s relection.

Osinbajo, who used an aircraft owned by a private company, Caverton Helicopters, thanked the crew, in a tweet, for the deft way they handled the situation.

Although the government said it launched an investigation into the cause of the helicopter crash, the report was not made public.

However, Carveton, in a statement, attributed the crash to “unusual weather condition”, saying none of those on board was hurt.

After surviving the helicopter crash, Osinbajo tweeted: “We are safe and sound! Thank you to everyone who has expressed concern and thank you to the crew who managed the situation well. We believe that God will continue to keep us and Nigeria safe even as we go higher. We continue #NextLevelEngagements in Kabba, Kogi State.”