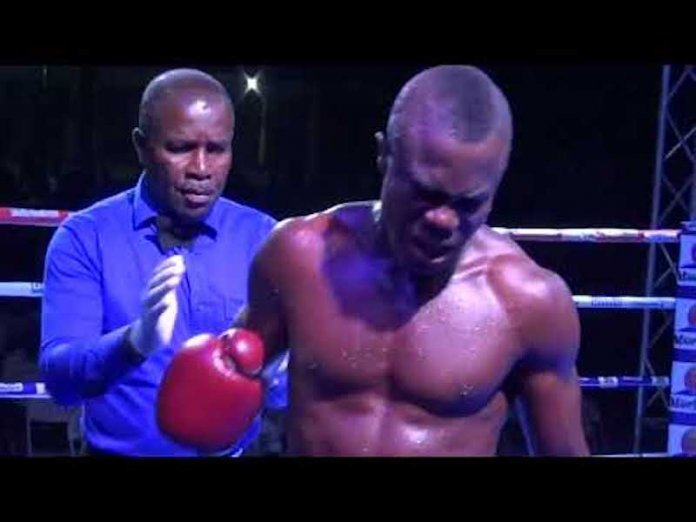 If the words of Nigeria’s Taiwo “Esepo” Agbaje is anything to go by, his Ghanaian opponent, Moses Dodzi, is in for a tough time in their international featherweight challenge bout at GOtv Boxing Night 21 slated for April 12, as Esepo has vowed to crush him when they clash.

The bout, which will take place at the Indoor Sports Hall of the National Stadium, Lagos, is one of the three international fights scheduled for the six-bout event.

Agbaje, who is famous for his all-action style, said in an interview on Friday that he is in top shape and is ready to see off his opponent within three rounds.

“This is my first international fight here in Nigeria and I am very excited and more than ready to confront Dodzi. I have been training for the past few weeks and I am in top shape. I don’t see him going beyond round three,” Agbaje boasted.

He also thanked GOtv Boxing Night for giving him the platform to showcase his skills to the entire nation and the African continent.
GOtv Boxing Night 21 will have three title fights. The biggest bout on the night is the World Boxing Federation (WBF) International lightweight title bout between Nigeria’s Rilwan “Real One” Oladosu, the West African Boxing Union (WABU) lightweight champion, and Ghana’s Emmanuel Quartey.

The other international title fight is the WBF Africa welterweight title between Rilwan “Baby Face” Babatunde of Nigeria, the WABU welterweight champion, and Mkwalekwa Salehe of Tanzania.

There is also a national title fight as Sadiq “Happy Boy” Adeleke will square off against Tunde Olojede for the vacant national bantamweight title clash. Daniel “Big Shark” Emeka will be up against Segun “Success” Olanrewaju for a national light heavyweight challenge bout, while Alaba “Elyblow” Omotola will face Lateef Akintola in a national lightweight challenge contest.
GOtv Boxing Night 21 will be beamed live on Africa’s biggest sport channel, SuperSport, in 47 African countries.