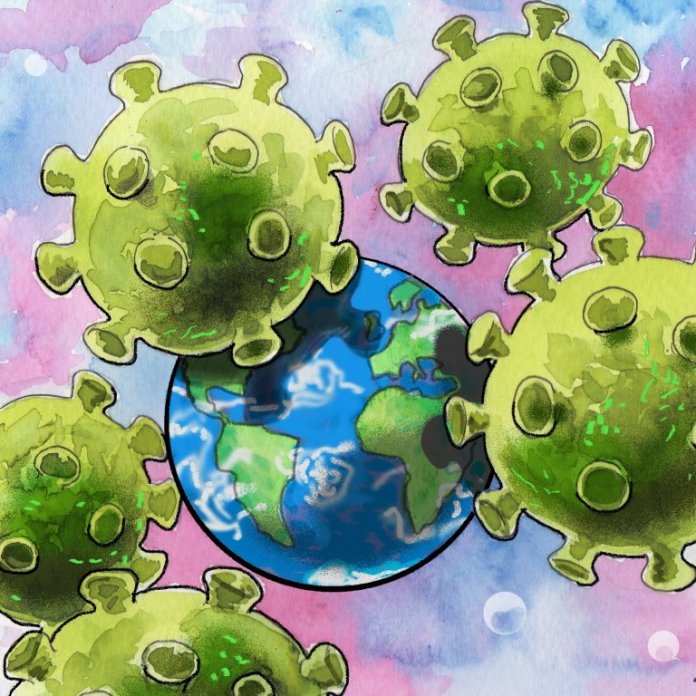 Onyebuchi Ezigbo in Abuja and Martins Ifijeh in Lagos

The Lagos State Government yesterday stated that the 179 Nigerians who had contact with the Italian, Nigeria’s Coronavirus index case, and subsequently quarantined, have been declared free of the virus and released to integrate with the public.

On the same day, The Church of Nigeria, Anglican Communion, banned the use of one chalice for the sharing of wine during Holy Communion in all its churches, as one of the steps to stop the spread of Coronavirus.
Of the 179 Nigerians, who had contact with the index case, 40 of them were quarantined in Ogun State while the remaining persons were monitored in Lagos State.

Speaking at a press briefing in Lagos yesterday, the Commissioner for Health, Lagos State, Prof. Akin Abayomi said the 179 contacts were put on mandatory 14 days quarantine, and only one person, who tested positive to the virus, was sent to the Infectious Disease Centre in Yaba, along with the index case.
He said today marked the 15th day since the index case was confirmed positive to the virus. It also marked the 15th day those who had contact with him were placed on quarantine.

“We are close to discharging the index case, we want to be sure he poses no danger to the society anymore.”
On the Nigerian who was initially tested positive to Coronavirus for being in contact with the index case, Abayomi said he had now tested negative twice and might have been released by now.

“His tests initially showed that he was positive to Coronavirus twice and now, he has tested negative to the virus twice on two consecutive tests carried out. The remaining contact in Ogun and Lagos State remain symptom-free and they have exceeded 14 days surveillance, which means that we have been able to interrupt the transmission between the index case and others. The threat of the index case to Nigeria has been eliminated.
“Those isolated in Ogun State have been discharged; in Lagos, we will not follow up the contacts again because none of them had developed symptoms. We are discharging all,” he said.

In Ogun State, the state’s government confirmed the discharge of the 40 persons that had contact with the index case.
The state Commissioner for Health, Dr. Tomi Coker, disclosed this at a press briefing in Abeokuta.
Coker said since the first case was confirmed, the state had immediately activated a multi-sectoral emergency operation centre to access daily interventions and analyse situations.

She also said government had strengthened its activities across the state, adding that risk communication activities were also extended to wards, local governments, schools and communities as well as worship centres.
She said: “We can safely say that Covid-19 has been contained in Ogun State.”

Italian Covid-19 Patient May be Discharged Next Week

Minister of Health, Dr. Osagie Ehanire has also confirmed that Nigeria’s Covid-19 index case is no more showing symptom of the disease and was undergoing tests preparatory to a possible discharge next week from isolation.

As concerns mount over the intrusion of the deadly virus into the sporting world, the minister said that henceforth all sportsmen and women, including spectators at sporting events would be thoroughly screened by health officials for possible Coronavirus infection.
Speaking on the condition of the Italian index case, Ehanire said that he is “clinically stable and is much improved,” adding that a steady progress by the Italian would guide the medical team to recommend his discharge from quarantine early next week.

He also said that the second confirmed case, a contact of the index case, was testing negative for the virus, meaning he has been cleared of the virus and would be allowed to go home.

The minister said that following the declaration of a pandemic by the World Health Organisation (WHO) and increasing spread of Covid-19 in countries, the ministry has begun a review of case definition.
He insisted that Nigeria has not yet placed a travel ban on any country, passport or flights, adding that health authorities merely issued a travel advisory to Nigerians, which they have been adhering to.

The minister, who disclosed that economic consideration was among reasons they decided not impose travel ban, said that the federal government has established a committee that would assess the impact of the Covid-19 outbreak on the country’s economy.

While giving update on the measures to check Coronavirus infection, Ehanire said that between January 7 and March 12 a total of 42 people who met case definition were screened for COVID-19 in six states of Edo, Lagos, Ogun, Yobe, Rivers, Kano and FCT.
He added that out of the 42 people that were tested, 40 returned negative and two were confirmed positive; the index case and a contact of the index case, but with no deaths recorded.

Ehanire further gave update on the case of a group of four children and their teacher who flew into Lagos from the United States recently, saying that they were promptly isolated and tested with their result turning negative.

Speaking on how the children were spotted, Ehanire said: “Prior to their arrival, Nigeria CDC was informed by US-CDC, that this group had been in the same space with a confirmed case. We therefore sent these travelers into isolation on their arrival. Tests were done, which came back negative for all of them. They will stay in self-isolation for 14 days.”

Ehanire assured that tthe Federal Ministry of Health would comtinue to monitor closely the global situation and work with WHO’s advice.
Aside from efforts against Coronavirus, Ehanire said the ministry had responded to the resurgence of yellow fever transmission by activating Nigeria’s Point of Entry Policy on Prevention and Control of Cross Border Transmission of Yellow Fever.

He said that new measures have been put in place in line with WHO’s recommendation, adding that for all international travellers, nine months and older, arriving in areas with evidence of persistent or periodic transmission of yellow fever, must show evidence of having been vaccinated.

He said that due to the COVID-19 outbreak, the ministry had reviewed the policy to allow passengers without Yellow Fever Cards or proof of vaccinations board their flights to Nigeria, with the understanding that they would be given Yellow Fever vaccination on arrival at the nation’s Points of Entry.

According to the minister, the effective date of the revised policy implementation was March 11, 2020.
“Consequently, the federal ministry of health has requested the Nigerian Civil Aviation Authority (NCAA) to communicate this to airlines for compliance,” he said.

Anglican Church Bans Use of One Cup for Sharing Communion Wine

Meanwhile, the Church of Nigeria, Anglican Communion, has stopped the use of one chalice for the sharing of wine during Holy Communion as one of the steps to stop the spread of the dreaded Coronavirus.

The church has also suspended handshakes and hugs which are hitherto used for the “exchange of peace” during the services.
The church’s General Secretary, Gershinen Dajur, disclosed this in a letter addressed to all Archbishops and Bishops of the church yesterday on behalf of the church’s Primate, Most-Revd Nicholas Okoh.
The letter read: “His Grace, the Most Rev’d Nicholas D. Okoh has directed that certain steps be taken as guides against contacting and communicating the virus among our people.

“Let the church be encouraged to trust God who is well able to help us in our times of trouble (Psalms46:1). This is the time to trust and obey God than to be anxious and panic (Phil 4:6-7).
“Since this virus is communicable, the church is to prayerfully put on hold the sharing of one chalice to all during Holy Communion. Other smaller communion cups should be used for individual communication.
“Also, handshakes and hugs during the exchange of peace should be substituted with non-contagious gestures such as hand waving, mutual bowing, or making the sign of the cross, etc.”

President Donald Trump of the United States has declared a national emergency to help handle the growing outbreak of Coronavirus in his country.
The declaration – “two very big words”, according to Mr Trump – allows the federal government to tap up to $50bn (£40bn) in emergency relief funds.

The move loosens regulations on the provision of healthcare and could speed up testing – the slow pace of which has been criticised widely.
There are 1,701 confirmed cases of Covid-19 in the U.S., and 40 deaths.

Several U.S. states have taken measures to stem the infections rate, including banning large gatherings, sporting events and closing schools.
The virus originated in China last December, but Europe is now the “epicentre” of the global pandemic, the head of the World Health Organization said yesterday, as several European countries reported steep rises in infections and deaths.
Italy has recorded its highest daily toll yet – 250 over the past 24 hours, taking the total to 1,266, with 17,660 infections overall.