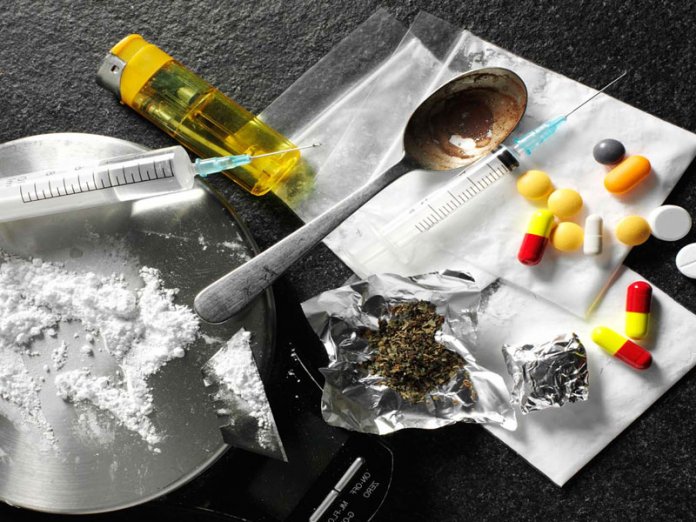 The 2017 report by the International Narcotics Control Board (INCB) stated that West Africa remains a key transit point for drug trafficking. Other than cannabis and cocaine, seizure data indicate trafficking in precursors like ephedrine in Nigeria and in the synthetic opioid tramadol, which is not under international control but is increasingly being misused in Nigeria and in the broader West African region.

The report also noted that the illicit manufacturing of amphetamines and cultivation and production of cannabis are also area of concern for Nigeria.
This, and among other recent trends in the country necessitated the gathering of the authorities of the Nigerian Drug Law Enforcement Agency (NDLEA) and other stakeholders in the fight for a drug free society at Badagry, Seme Command of the agency recently and the destruction of 100 tonnages; precisely 143.218 kilograms of drugs and psychotropic substances.

This figure comprised seizures and forfeits made across its formations in Lagos State which includes: State Command with 7 Area Command, Muritala Mohammed International Airport, Apapa Sea Ports, Tin Can Island Ports and Seme Special Area Command, which is the land border between Nigeria and Benin Republic.
Chairman and Chief Executive, NDLEA, Colonel Mustapha Abdallah (rtd), said the battle to create free drug society involves all stakeholders’ effort.
“Every family is really bound to bring up children according to its values. There is no way we are going to make head way if we forget that parenting is a full time job, do your part before you let your children come into the streets.

“We are determined to get the traffickers wherever they. We know that barons have conspicuous tails that you can follow, I see no tails but whatever little information I get I follow it,” the NDLEA boss said.

Abdullah told the Lagos State Governor, Mr. Babajide Sanwo-olu, that demography that make up Lagos population of over 20 million are youths who are prone to drug use; so drug trafficking and consumption is real in Lagos state.

“The United Nation 2018 drug use survey carried out in Nigeria showed a high drug prevalent use in Lagos, which requires stronger collaboration between NDLEA and the government of Lagos to surmount. I therefore, crave the indulgence of the governor for more robust initiatives to be put together by NDLEA and your government in the interest of the large population of Lagos.

“The Lagos State Kicks against Drug Abuse (LASKADA) is a good initiative but requires more efforts and investment to meet the need of Lagos state. In summary, there is still much to be done for instance, the state is expected to have a functional State Drug Abuse Control Committee to complement the current efforts.

“The State Drug Abuse Control Committee is a veritable platform for all stakeholders within the state to come together as one body to reach out and effectively mobilise communities and sensitise them on the devastating consequences of the menace of drug abuse and illicit trafficking,” Abdallah said.
According to the NDLEA boss, the agency is looking forward to a treatment and rehabilitation Centre in Lagos State to handle cases of drug dependent persons.

“In Lagos State for example, we are requesting the state government to establish a rehabilitation Centre that would work with other health officers to ensure that drug users are rehabilitated,” Igwenagu said.

Speaking on the number of arrest and suspects within the year in review, Igwenagu explained that the Lagos State Command in the past one year had arrested over 450 suspects and no death as a result of swallowed drug.

“In our state command in Lagos State we have arrested 450 drug suspects; some are on prosecution, some of are still ongoing, but so far we have convicted 85,” he stated.