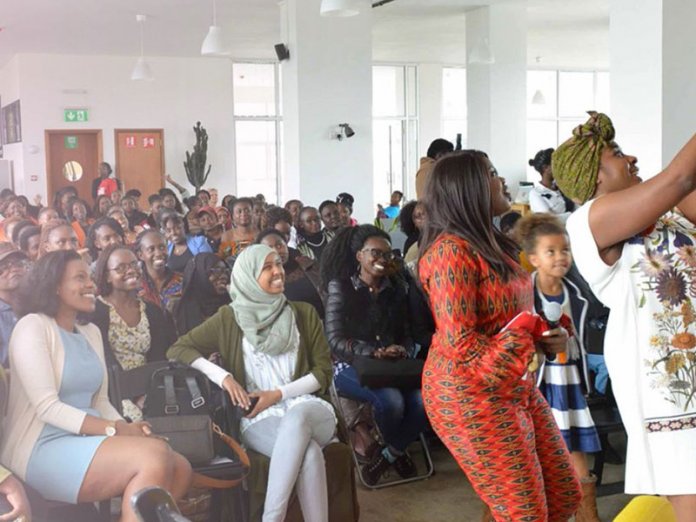 I fell asleep to dream weeping as it were when I was yet a child not weaned…when women go to fetch water from the brooks…and sang the praise of a returnee from overseas…on a jungle path by that enchanted river, a cross was used as figure-head to navigate…father would alight from his Peugeot 403, with his psychedelic wife, my mother to be, aquiline nosed, her long-hair over-reaching her hip… that was when men bragged ‘if they never roofed with zinc no man’s son should be named after them…’ when poisoned for father, a tumbler of palm-wine leaped off the table, chattering mid-air…then they framed but not as pictured ‘Ezens’ to mock… so was a sword brought after them …and they sought refuge at Lowa-Etiti, where, tele-guided to veranda, one was to witness a tele-cast ration of hot-dog.

Man! should thou cast thy stone in-between thy thighs, how would thou pull thy woman to thee speaking sweet nothings, shall she snuggle up in affectionate kiss fondling her boobs, canst thou swirl her around as a merry-go Vespa… a morass-star tele-devised, contrived as falsehood of penny-IS, that hitherto-fell into ‘Otei Umu-okoro-ala Ovum’, Biafra half-Penny, defunct in arrears, 50 years of one’s time of life wasted than to drown, as in ’ilam niyi erikwanam’. For my fore-fathers danced to ‘ekwa-nkita otule-egbele kpari’ their stout testes sticking out from behind, be-strode by loin cloth like G-string, in-between the cleavage of their bare-buttocks which they spanked dandling along at noon-day chanting ‘ha ha owunje…’ they also practised ndjamena rites, psychosomore theatrix, monopoly technique building, weather forecast, and the like. Yet honoured not father the LORD, rather he conducted ‘akwam ozu’ in 1971 for his mother. Then one, the soul of his father had to suffer from Meningitis ‘mene, mene-Jah on high it-is’, and in 1990, his sons but one, conducted laying of Nazi-wreaths for late father, so were his children like bread-fruit pod, cast of his seed abroad, dropping one in refuse bin, being loathed by scavengers, passers-by shake their heads in disgust, shrugging their shoulders in astonishment.

‘Onodu nwinyaa nogada-renes’, where the mad narrate obscenities, writing dark sentences in the wilderness be-wildered, the print of foot scald from fervent heat…wisdom of the ancients is dumped in the bin, in which he awakes from night-dream among princes he had no business of the day to do. False prophetess at ‘Ovum Ala ala’ Knowest thou not that money can give enjoyment if only you can take pleasure.

Should one keep nine kobo save one for his nieghbour, if nine shall not suffice, ten shall also not…money is not enough, neither says ‘it is finished…’ circulates but never goes round…though you keep, never say thou have it, I have been in that market where it gave no choice to value…shall money holpen you with a little help? no problem, if ye have not, hope have thou to take from them that do not have, to give…the real value is a futile and selfish choice, the face value is a note of promise to them that are never fulfilled…so shall the ‘haves’ not give, given to want and the needy give but have not…men love you doing good for thyself than to take that, which you have not but give.

As for honour, is it not the evil of all rooted in money-love, but you shall neither have it in a day’s-dream nor keep it conscious of self-awake. Should a man help thee, sleep shall thou not but if a woman, sleep must thou. She loves Lollypop, your fanta-stick, your amorous-sac is ambrosia, food of the god-mother, she’d defer for a good sleep on water-bed… should she want your face, she turns away…she ogles you with her eyelids allure, her body doth speak, her eyes tweet in a blink.

Call her miss, chief of incitement…shall a man sit on her thighs as a suckling not lulled with lullabies, shall he not be made to fine with his hair-lurks…no way can mislead than her sweet-den, she’d take you in with her eye browse…do not mistake her glee for thy money…she is cause war and shall say to thee ‘all flesh is as grass, shall thou take canon fire in thy bosom and it kindle not on thee…’ she’s restive for a stud and roused by the bull, though thy voice peel off grit from the wall, she shall not cringe but charge at thy tone, your glare like the halogens flare her up on heat…she’d sooner ravish thy brutish horse-band manners but make believe she’d love thou meek…her no is yes, if only up to thee…never too old or young, only be man enough.

So she told thee ‘son I’m thy mother’ did thou fore-know her at conception or did your father know but cannot tell, or doth thou know sperm-mutation, permutation to switch the stars at a nod. Dick, ah, can do and undo in-fact…Leave many a spinster, never came of age to marry but do wed, hath her own world outside of thine but want the best of the two…beautiful ones are nowadays born… beauty is skin-deep, fowl used to be butchered by two for Jollof, but one is nowadays wolfed down by one… Women give suck, but men in the main have no milk of human kindness, they hold-up the right of the needy…My people doth prosper, it were not in the power of their hand but that they may inhabit the evil grooves, but now do they make mouth for maker of all, saying ‘that man is up to nothing done with man, a loafer that know not his way to town…and over this glossary they gloss… Over-look many a cleric oh Lord, half-truth preach they, asserting the contrary of one in an-other, denying their first position at last.

In mastication of fine-sand, my soul is experienced, leaving my world no head at the twilight of day…. my friend, do no more or less than thy mind is made up whether good or bad, only let it be by the LORD and mind yourself…bless them of temper oh Lord, for in them is no indignation…happy are the poor, they eat and sleep and care not but the rich suffer much ado, fame reveal their secret… the Lord is gracious, he doth honour the faith of even the un-learned, who use not knowledge aright… Master ought ye not to be saying these things at last, for then shall thy lips have become sweet as the eclairs and then should thou have increased in learning to admonish seven…
––Elejeh-abili Willy, Lagos.