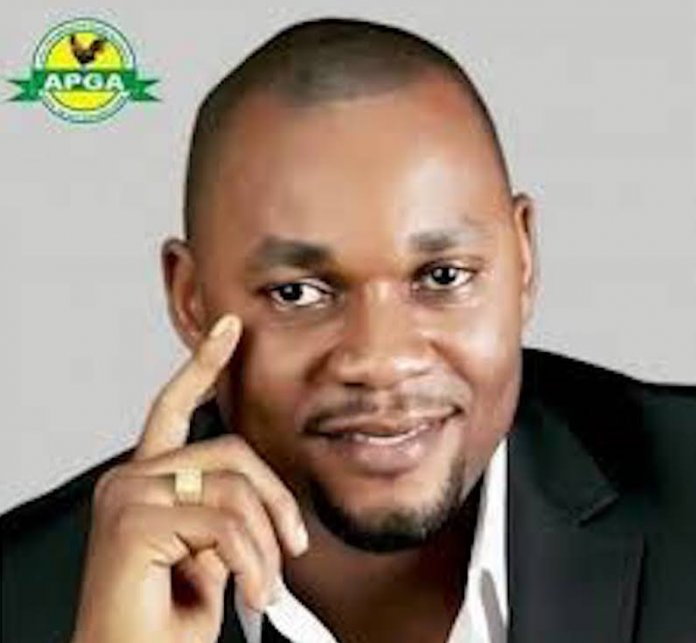 The trial judge, Justice Emeka Nri-Ezedi gave the order directing the former lawmaker to also pay N100, 000 as cost of litigation to the plaintiffs and tender a public apology in a daily newspaper that circulates in Anambra.

Delivering the judgment, the judge declared that the suit had merit and that the plaintiffs proved their case with sufficient and vital evidence.

“I declare that the arrest, beating and torture and agony inflicted on the applicants by the former lawmaker on December 29, 2018 and forcefully detaining them in a toilets in his premises between December 29 and 30, 2018 at the instigation of the first respondent is unlawful, unconstitutional and a violation of the applicants fundament right.

“I declare that the forceful arrest of the applicants at Nnobi on Dec. 29, 2018 by the second to fifth respondents and detaining or confining the applicants in a toilet in the premises of the first respondent between December 29 and30, 2018 at the instigation of the first respondent contrary to the laid down procedure under section 9(2)(3) and 18(1) of Anambra criminal justice law, 2010 is unlawful, unconstitutional and violation of applicants right to personal liberty.

“The first to fifth respondents are hereby ordered to jointly and severally tender apology to the applicants in one daily newspaper that circulates in Anambra state.

“The applicants are also entitled to the cost of this action, I award the sum of N100, 000 in favour of the applicants and against the respondents jointly and severally,” he said.

Ibezim, a member of the All Progressives Grand Alliance, was sworn in after the 2019 general election, but sacked by the Court of Appeal sitting in Enugu. He was replaced by Hon. Obinna Chidoka of the Peoples Democratic Party.

The applicants had dragged the ousted lawmaker to an Anambra High Court, Idemili judicial division over violation of fundamental human right and unlawful detention.

The applicants in their suit marked HID/MISC/81/2019 said they were prevented from pasting the campaign posters of their principal, Chief Uche Annie Okonkwo, who was the candidate of the Social Democratic Party in the 2019 general election.

The plaintiffs had sought an order of the court for Ibezim and the co-defendants to pay them the sum of N150 million as damage as well as public apology in a newspaper.

The plaintiffs said that they were beaten, tortured, sustained bodily harm and got dispossessed of the posters and the gum which they used for pasting the posters before they were forcefully arrested by the defendants and detained in a toilet at the premises of Ibezim’s residence at Abatete.

They said they underwent physical and mental torture before being handed over to Police Division in Eziowelle where they were detained without making statement or being told what their offences were.

They said the acts violated their fundamental Rights and against the spirit of section 39(1) of the Constitution of the Federal Republic of Nigeria 1999 and Article IX of African Charter on Human and People’s Rights.

The Inspector General of Police, Mr. Mohammed Abubakar Adamu has said the police have the capacity of the Nigeria Police Force to protect Nigerian citizens in every part of the country.

He made the remarks at the 2020 police games held in Awka, the Anambra capital, noting that the police would continue to ensure safety of lives and property nationwide.

He explained the significance of the games, noting that the officers “have used these games to bond very well with the citizens of Anambra State. The fitness they have displayed during this game has shown that we are well equipped for the task of policing this country.”

The police chief, therefore, assured Nigerians that the Nigeria Police remained committed to policing every part of the federation.

Adamu thanked the state governor, Mr. Willie Obiano for hosting the games, stating that all promises made by the governor towards the hosting of the games were fulfilled.

“We are happy to welcome the president here. This game started in 1946 and has become regular event and also produced global sporting stars.

“We assure you that new stars have been discovered in this very game and I commend the athletes. I am proud of you all and I commend you for your composure.

“No matter how talented these police men may be, they will not be appreciated if games like this are not held. Thanks to Obiano for hosting us and also ensuring he kept all the promises. Awka 2020 is the best in recent times and a clear testimony of the state governor’s strength.”

The state governor, Obiano commended the police for bringing the game to Anambra.

He said, “It is a thing of pride that an event of this magnitude took place here for one week and there were no sad incidences.

“What this game has shown is that in just one week, we can rewrite the history of Anambra, and that is what we have done with this game.”

President Muhammadu Buhari was represented at the event by Minister of State for Environment, Sharon Ikeazor.