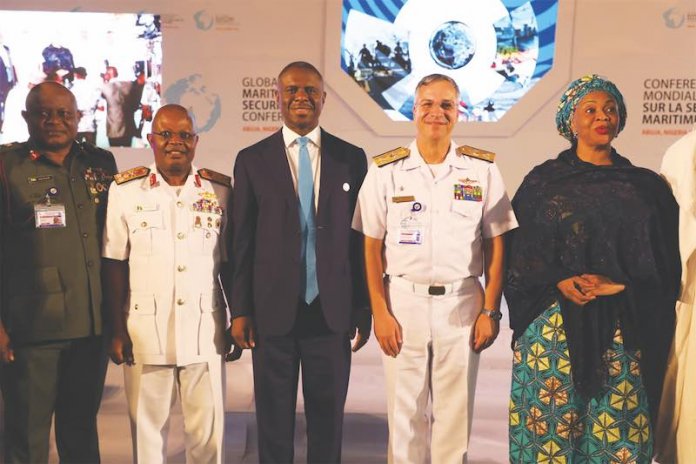 For 2020, perhaps the key word on the minds of many stakeholders is optimism for the best to come in the country’s maritime industry. This is for obvious reasons. The results recorded in the past few years, particularly last year, give an indication as to the direction in which things are moving, and what to expect.

In the past, industry stakeholders had cried out over issues relating to stagnancy in the sector, and failure of the cabotage regime, which made many companies comatose. Many had cried out that cabotage shipping had been hijacked by foreign shipping companies, who abused the system to obtain various waivers that shut out Nigerian operators. The consequences were high financial losses and deficiencies in human capacity development for which Nigerian seafarers would have been beneficiaries.

But there is, indeed, optimism in the sector. And this is based on the roadmap that has been designed by the Nigerian Maritime Administration and Safety Agency (NIMASA) to move the sector forward. At a recent end-of-year media chat, the Director-General of NIMASA, Dr. Dakuku Peterside, was clear on a number of transformations that will add value to the shipping sector. To industry stakeholders, this was, indeed, cheering news.

Development of indigenous shipping means so much to the Nigerian economy. When more Nigerians have ships, there will be a lot of multiplier effect on the economy in terms of more revenue and employment generation.

In a bid to change what had over the years remained a poor trend in indigenous shipping, the management of NIMASA had last year announced some measures targeted at maximising the benefits of the cabotage regime. These were encapsulated in a five-year cabotage waiver cessation plan beginning 2021.

The policy has since its announcement gladdened the hearts of many operators, who are full of expectations.

Dakuku explained that the winding down process was in phases to avoid any major disruptions to the cabotage trade. “The plan is to achieve the key objectives of the Cabotage Act in terms of in-country construction, ownership, manning, and flagging of ships engaged in coastal trade by 2024,” Dakuku said.

With the cabotage waiver cessation plan, NIMASA expects Nigerian companies to take advantage of the opportunity being created to build capacity and grow. Dakuku disclosed that the agency had adopted a “strategy of encouraging Nigerians to go into joint ventures and joint ownership of vessels with foreign operators on a 60-40 basis.”

The director-general said the strategy had already has started yielding fruit with about 20 new vessels currently flying the Nigerian flag under this arrangement, as against one in 2018.

Bareboat charter of vessels has also witnessed an increase, while foreign-owned vessels on Nigeria’s Cabotage register have witnessed a decline. Dakuku disclosed that, currently, there were about 200 vessels captured in the cabotage register. He added that about 68 per cent of vessels trading within the country’s maritime space were Nigerian-flagged.

As part of the capacity-building and cabotage waiver cessation strategy, NIMASA is collaborating with the Nigerian Content Development and Monitoring Board (NCDMB). The NIMASA/NCDMB cooperation, Dakuku further disclosed, is already yielding fruit with the categorisation of vessels for uniformity and harmonised enforcement.

According to him, that collaboration has also helped in the conduct of capacity audit of existing shipyards and maritime training institutions in the country.

Industry stakeholders believe that NIMASA has, really, challenged them into partnerships for increased fleet expansion. The implication is that the sector is likely to witness more partnerships among operators, probably, beginning this year.

Over the years, indigenous shipping operators had cried out on the failure of government to disburse the Cabotage Vessel Financing Fund (CVFF), as one of the measures to promote indigenous shipping development. But successive administrations, beginning from former President Olusegun Obasanjo, did not disburse the fund. The argument was that previous beneficiaries of the fund failed in paying back what was given to them, then under the name, Ship Building and Ship Acquisition Fund (SASBF).

CVFF was created after the suspension of SASBF and handed over to some banks to manage. About four years ago, industry operators had renewed their call for the disbursement of the fund. However, the Minister of Transportation, Rt. Hon. Chibuike Rotimi Amaechi, had objected to this. Amaechi later gave conditions.

But late last year, the minister disclosed that his ministry had received approval to disburse the fund. Following this development, Dakuku recently said his agency was working with the federal government and the Federal Ministry of Transportation to ensure the disbursement of the fund. To indigenous shipping operators, this will, no doubt, boost fleet capacity in the industry. It is expected that with the fund, a number of modern vessels will be acquired, in what will promote not just fleet expansion but also human capacity development, with more cadets enjoying their sea time training on board.

Following several reports by the International Maritime Bureau (IMB), NIMASA has made frantic efforts to address issues of piracy and armed robbery on the country’s waterways. This has been in collaboration with the Nigerian Navy and other relevant security agencies. The agency is in the lead in the fight against piracy and armed robbery in the Gulf of Guinea (GoG), partnering with some West and Central African countries.

Dakuku stated regarding the regional cooperation processes, “African leaders have met at various times to brainstorm and find a lasting solution to the security challenges in the GoG, with Nigeria taking the lead, to ensure a robust African maritime sector that will attract more participation from the international community.

“Part of the strategies include the 2050 African Integrated Maritime Strategy (AIMS) and its Plan of Action, including a roadmap for the incremental implementation of the strategy in line with international maritime law, which were adopted. This is in addition to the Yaoundé Code of Conduct, the Djibouti Code of Conduct, and the Lome Charter, among other strategies. The strategies are geared towards actualising a safe and secure maritime domain by tackling all forms of maritime crimes in the West and Central Africa Sub-region, including the Gulf of Guinea.”

Nigeria’s determination to address the issue of maritime safety and security as a core mandate of NIMASA was acknowledged early last year by the Abuja Memorandum of Understanding (MoU). Nigeria was adjudged the most outstanding in Port and Flag State Control in the West and Central African sub-region. Nigeria had the highest port state inspections in Abuja MOU.

Among feats that weighed heavily in Nigeria’s favour were that Nigeria conducted more Certificate of Competency examinations, and inaugurated Search and Rescue volunteers in 10 coastal states. These were in addition to development and implementation of biometric data for non-conventional vessels and small boats and automation of the process of issuance of Maritime Mobile Service Identity (MMSI) and call Sign.

Dakuku emphasised that the attempts to address the maritime security issues and deliver a secure marine environment fitted into the Blue Economy concept across the globe. “The concept focuses on creating the opportunities for a more sustainable ocean economy where there is better alignment between economic growth and the health of the ocean with the involvement of the government,” he stated.

Expectations for 2020, by Stakeholders

Industry stakeholders, who spoke with this writer, were full of commendation for the management of NIMASA for being on the path of progress since assuming office. They pointed to a number of landmark achievements, but added that the legwork must be sustained for the interest of the maritime sector. A maritime expert, Dr. Eugene Nweke, said going forward, the Nigerian maritime regulator should focus on what will boost development in the sector. For instance, Nweke said, the war against piracy and other sea criminates must be sustained because of the negative effect on shipping.

He stated, “NIMASA should continue to advance its war against piracy in collaboration with the Navy. When the shipping environment is crisis-ridden because of pirates, either within our territorial waters or on the Gulf of Guinea, foreign shipowners capitalise on it to increase shipping charges. This is because most times they hire security guards on board vessels who they pay and transfer the cost to countries of destination. So above all, security should be a priority for NIMASA.”

Other stakeholders also said the much talked about disbursement of CVFF should be a reality this year. A member of the Nigerian Association of Shipowners (NISA), who pleaded anonymity, explained that the disbursement would impact positively on the industry and demonstrate the federal government’s commitment to the promotion of indigenous shipping.

According to him, the fund will be added to other sources of funding to acquire more vessels for fleet expansion and human capital development.

Stakeholders also welcomed NIMASA’s plan for cargo support programme for local shipowners. Noting that the agency had secured the buy-in of some state governments on the possibility of getting indigenous shipping companies to carry public sector cargo, stakeholders said it would be one of the best things to happen to the sector under the present administration.

“NIMASA should pursue this, as it will have multiplier effect on the national economy,” the NISA member said. “It will be one achievement that will place the present leadership on high pedestal as one that cannot be beaten in a hurry after several years of inertia among indigenous operators.”