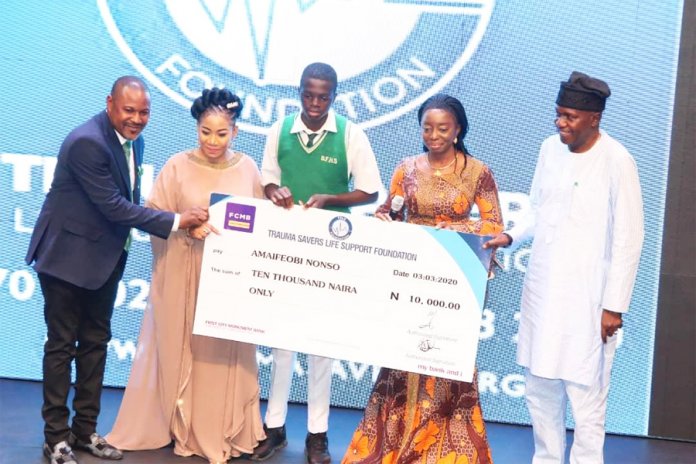 Trauma Savers Life Support Foundation, a non governmental organisation (NGO), concerned about the impact of substance abuse among the youths, recently took its campaign against drugs and indiscriminate use of alcohol and other controlled substances to schools in Lagos State. Pushing forward on this mission, the NGO also shot a feature film titled, ‘The Scourge’, which enlisted the support of Nollywood stars to broadcast the message featuring Wole Ojo, Richard Agbor, Tobi Bakare, Saidi Balogun and a host of others. The film intends to show the ill sides of drug abuse, how it could be tackled and a life after its abuse.

The NGO is a registered health advocacy, established to promote positive mental health among people by educating them on the menace of drug addiction in Nigeria.

The president, Mrs. Yinka Olaiya said: “It’s easier to pass a message through entertainment as it’s an easy way to attract people and this medium is where our message would be passed easily. The movie has a tone of tragedy but with a happy ending. I remember when I was in secondary school, drugs were not common.

“If you want to get high, maybe it will be on sugar. Drug addiction now is a global thing, and it is not only in Nigeria. The United Nations has said the drug rate in Nigeria would be higher in five years than anywhere in the whole world, which is why the foundation is paying attention to it now.”

Also at the event was the First Lady of Lagos State, Mrs. Ibijoke Sanwo-Olu and a host of other dignitaries who came out to support the cause. Several students from different schools across Lagos state and three students emerged winners of an essay competition and were awarded gifts by her excellency.

Be the Change group was also unveiled at the event as a support system for the eradication of drug abuse.