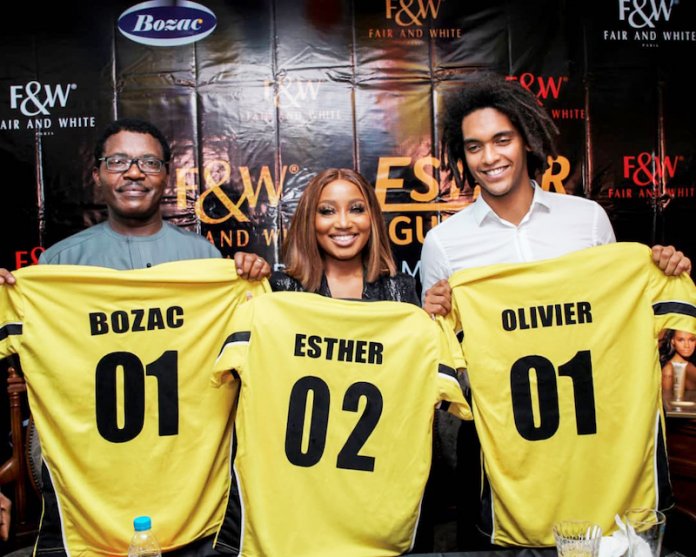 International beauty brand, Fair and White Paris, has endorsed one of the Big Brother season 4, 2019 housemates, Miss Esther Olaoluwa Agunbiade, as a brand ambassador for its range of products in Nigeria. The ceremony, which was attended by top distributors of the product, bank representatives, customers and friends, among others, took place recently in Ikoyi, Lagos. The Managing Director of Bozac continental, Mr. Patrick Chibueze, in his remarks during the epoch event, said that the ceremony was only a step further towards bringing the brand closer to its users and as a way of creating more awareness about the authentication of their products by users, in order to expose it to them and to sensitise them against buying fake products in the market.

A representative from Labo Derma France, Olivier Tancogne, was also in attendance at the event, on behalf of the parent company. The winner of the Fair and White selfie challenge 2019, Miss Zainab Adamu, was also presented with the grand prize of an iPhone, as promised by the company.

In addition, the brand ambassador, Esther, said it was going to be an eventful year, as she would be touring the country with the brand to achieve brand awareness and eradicating the production of fake Fair and White products in the Nigerian market.

Fair and White products are made in France specially for men and women of colour who desire a beautiful radiant skin and is produced by Labo Derma France and marketed in Nigeria by Bozac Continental Limited for over 25 years.