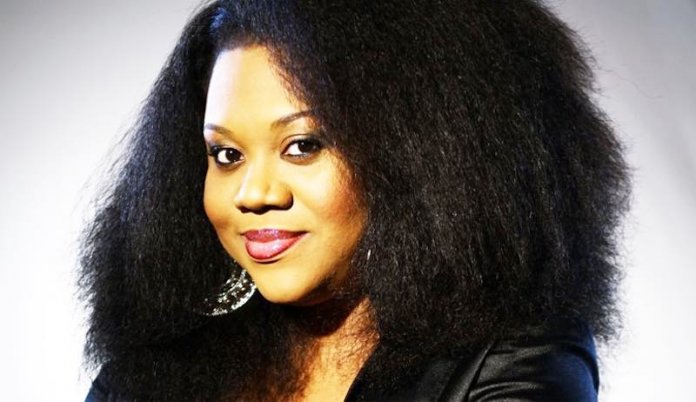 After the release of his award-winning feature “Black Friday” in 2010, filmmaker Daniel Ademinokan is back with a new feature film titled “Gone”. “Gone” is a deeply emotional and dramatic thriller set in Lagos and New York City and its cinematic spectacle perfectly blends a cast of three Generations of Nollywood. This serves as Blue Pictures Studios first feature film in conjunction with Index Two Studios in the United States.

The cast includes Sam Dede, Stella Damasus, Gbenga Atitiloye, Gabriel Afolayan, Bimbo Ademoye, Sophie Alakija, Emma Oh Ma God, Adejumoke Aderounmu, produced by Joy Odiete and Daniel Ademonikan. The teaser of Gone shows Sam Dede’s character back to exact what seems to be bloody vengeance. Not much has been revealed about the plot of the upcoming movie but from what is glimpsed from the trailer, Animashaun (Dede) returned after a long time to dish payback.

Sam Dede stars as a man whose return is met with raised eyebrows; a pointer that he wasn’t that much of a beloved individual before his disappearance. If the brief scenes we see in the short clip are anything to go by, then we are in for an engaging drama. A scene where Dede’s character deals Gabriel Afolayan a vicious blow, also reveals that some action might also be part of the package as well.

The movie producer, Daniel Ademonikan, is regarded as one of the most prolific filmmakers from Africa today as his works have charted a new course for the Nigerian motion picture industry. For over 12 years, he has written, produced and directed several feature films, shorts, music videos, commercials, PSAs, and documentaries. Daniel started out as a scriptwriter but his eyes have always been on the director’s chair.

He is one of those you can describe as natural in the art of directing. His first passion was music and as a teenager, he toured with major bands as a bass player for several years. Even as a multi-instrumentalist, songwriter, and music producer, Daniel still nurtured his love for films and television. In the late 1990s, he penned several screenplays for producers in Nigeria that became very successful movies. This gave him more drive to pursue his vision as a filmmaker.

After earning a Bachelor of Science degree in Computer Science in Nigeria, he went on to the United States to study Filmmaking at the Digital Film Academy in New York. He is also a trained and certified RED camera user by RED. He worked as an assistant director to renowned director Ikechukwu Onyeka who helped him hone his skills as a filmmaker. Daniel’s claim to fame came when he directed the movie Black Friday that earned five nominations at the most regarded Africa Movie Academy Awards.

The nominations included best screenplay, best director, best editing, best sound and best actor. He has gone on to win scores of awards as a director across Nigeria, the United Kingdom, and the United States. His films have also screened at festivals & cinemas across the world. He has been described as the “actors’ director”, “the all-in-one-director” and the “one-stop-shop”.

Noted for his knack for perfection and attention to details, actors and crew rarely turn down any script or material from Ademinokan. He is respected as a director but he is also a seasoned cinematographer, writer, editor, motion graphics animator, producer, and songwriter, musician, and music producer.