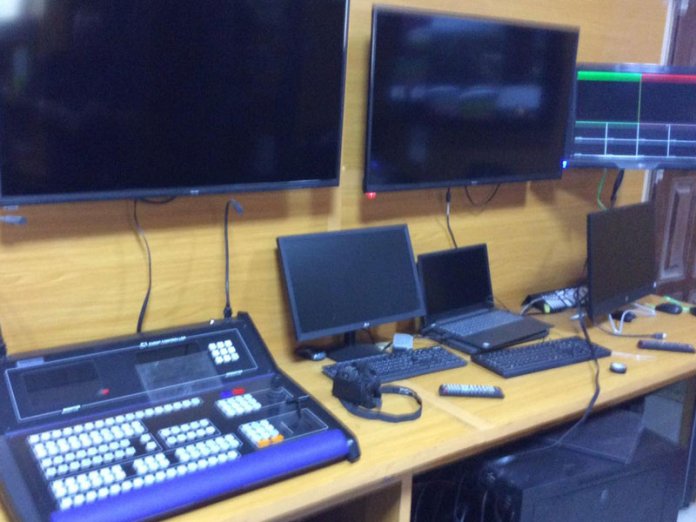 The Video Assistant Referee (VAR) is to be used in Nigeria for the first time during the football events of the 2020 National Sports Festival to be hosted by Edo State later this month.

The VAR was introduced to Africa first time during the AFCON 2019 in Egypt last June. Morocco also made history as the first African country to apply the VAR technology in a domestic match for the first time.

However, the technology is one of the many state-of-the-art technology already installed at the refurbished Samuel Ogbemudia Stadium in Benin City.

While conducting sports journalists round the stadium on Tuesday evening, an official of Peculiar Ultimate Concern, contracting firm handling some of the installations at the facility, Chinedu Agbo, confirmed that the technology has been installed and tested to be use during the football events of the Edo 2020.

It was learnt that as part of efforts to host a memorable festival and provide world-class sporting facilities across the state, the Edo State Government installed VAR technology at the Samuel Ogbemudia Stadium in line with global standard of football officiating.

“The high resolution cameras inside the VAR Room have a capacity that can capture activities five kilometres within and outside the stadium. So, it invariably means that the VAR technology at the Samuel Ogbemudia Stadium is amongst the best anywhere in the world,” Agbo stressed.

Chief Press Secretary to the Edo State Deputy Governor, Musa Ebomhiana, said the introduction of VAR for the upcoming festival was a sign that the state was ready to host the best Games ever in the country.

“This VAR technology is the only one in Nigeria and the third in Africa. But while the one in Morocco is collapsible, ours is permanently installed here. It is the same company that installed the VAR technology in Morocco that also did this one at Ogbemudia Stadium. It’s a landmark achievement in Nigerian sports and we are happy having it here in Benin City,” Ebomhiana said with relish.

Meanwhile, former Super Eagles Captain and 1994 Africa Cup of Nations winner Austin Eguavoen and four other illustrious sportsmen and women from Edo State would be honoured during the Edo 2020 National Sports Festival.

“We are proud that these great sportsmen and women, who made global impact in different sports, are from Edo. That is why we are using a big event like the National Sports Festival, to honour them,” Shaibu said.

Eguavoen, also a former Super Eagles coach, was a member of the squad that qualified for the country’s first ever World Cup in 1994, winning the AFCON same year.

Retired long jumper Ali, now 59, won a gold medal at the 1990 Commonwealth Games and was African champion in 1988 and 1989 and his national record of 8.37m endures till date.