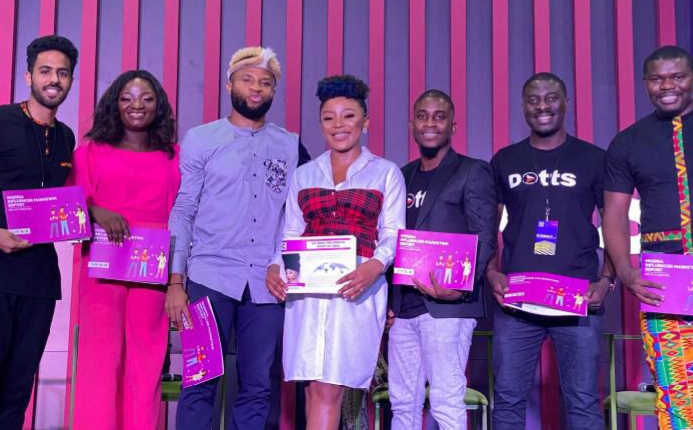 In the last five years, DottsMediaHouse has been at the forefront of influencer marketing and has been involved in over 50 per cent of the successful online campaigns. In 2019 they went ahead to release the first-ever Nigeria Influencer Marketing Report (NIMR) with the aim to further bring to light the effectiveness of influencer marketing in the growing media space.

The Nigeria Influencer Marketing was greatly received by the general public.

Due to the impactful result of the report and the feedback received from it, On February 27, 2020, DottsMediaHouse released the second edition of the NIMR during a self-hosted session at the just concluded Social Media Week 2020 which was tagged ‘The Digital Jollof’, a dive into influencer marketing.

The session which was well attended by media enthusiasts, influencers and marketing professionals was very impactful and everyone in attendance got a free copy of the newly released report. During this official release, The Founder and CEO of DottsMediaHouse Tiwalola Olanubi Jnr, in his statement explained the purpose and aim for the annual report.

He stated that “The main objective of the annual reeport is to help brands/advertisers stay aware of the current state of influencer marketing and guide decision making towards their marketing plan, it will also help the content creators and influencers build a more effective model for their craft, and push individuals who are fit to be influencers across the nation realise their potential”

This Year’s report focuses on algorithms and its effects, trends, campaign case studies , hashtags and keywords, the power of content creation and projections for 2020! And featured chapter contributors like Chidi Okereke, Samson Opaleye, Faith “Ifuennada” Iheme etc with a profound foreword by Iyin Aboyeji. To download the second edition of The Nigeria Influencer Marketing Report for free visit nigeriaimreport.com

Before closing the social media week session, DottsMediaHouse also introduced a new platform called TRENDUPP, trendupp.com, a Reward-Based Platform where Content Creators and Influencers across Africa can now get paid constantly for working on campaign briefs from various brands .