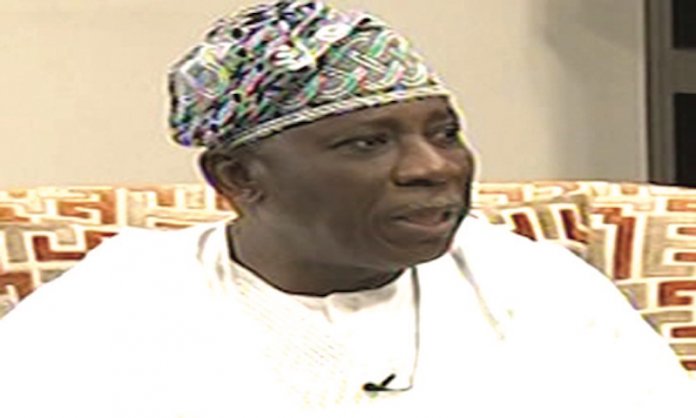 The Peoples Democratic Party (PDP) in South-west has affirmed the suspension of Mr. Adebayo Dayo as Chairman of the party in Ogun State.

The decision affirming Dayo’s suspension was taken at the party’s 18th meeting in Akure on March 1, 2020.

The party, in a statement by PDP National Vice Chairman, South-west, Dr. Eddie Olafeso, and the South-west Secretary, Rev. Bunmi Jenyo, disclosed the outcome of the meeting, saying the suspension was in accordance with the provisions of PDP constitution as amended in 2017.

“We acted on the recommendation letter duly signed by the state Secretary of the party, Alhaji Semiu Sodipo and other nine members of the State Working Committee, which was in accordance with the provisions of our party’s constitution as amended in 2017.

“The State Working Committee accused Dayo of breaching the provisions of the party constitution.

“Bayo Dayo’s conducts as regards the forthcoming Party congresses were found contrary to the provisions of the party constitution in Sections 31 (2) (3) and 49 (3) and the guidelines for the conduct of ward, Local Government, State, Zonal congresses and National Convention which is a punishable offence,” the statement said.

PDP accused Dayo of engaging in anti-party activities, explaining that the decision of suspension would be forwarded to the party’s National Working Committee for final approval and implementation.

“The recommendation was also as a result of other several conducts of Bayo Dayo, including anti-party activities, engaging in conduct likely to cause disaffection among members of our party in Ogun State and likely to disrupt the peaceful, lawful and efficient conduct of the businesses of the party, among others.

“The South-west Executive after a calm preliminary hearing of these infractions of Bayo Dayo and the submission of the majority members of the State Working Committee of the Party in Ogun, we agreed to affirm the suspension of Adebayo Dayo as the chairman of the party in Ogun State in accordance with the provision of SECTOR 57 (3) of the constitution of our party.

“This decision shall therefore be forwarded to the National Working Committee for final approval and implementation in full accordance with our party constitution,” the statement added.