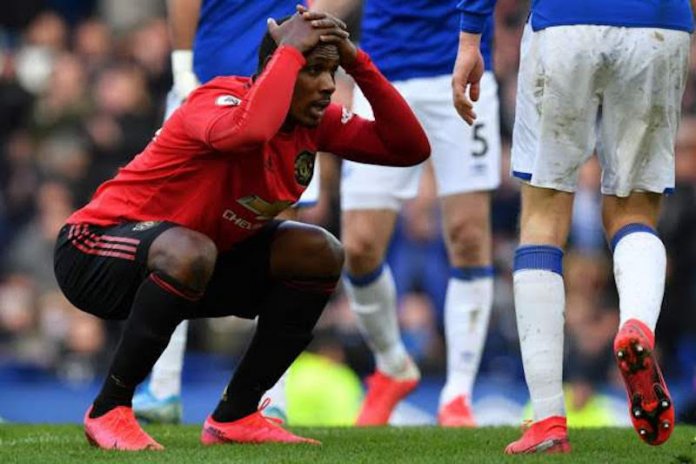 Everton had a late winner against Manchester United ruled out and manager Carlo Ancelotti was sent off in an entertaining game in which both teams were undone by goalkeeping mistakes.

The hosts made a dream start thanks to a calamitous error by United’s David de Gea, whose clearance cannoned straight into Dominic Calvert-Lewin and then into the net for the striker’s 15th goal of the season.

United responded from that early setback when Nemanja Matic’s shot smacked against the Everton crossbar, and they equalised after 31 minutes when Everton’s Jordan Pickford failed to stop Bruno Fernandes’ bouncing shot from 20 yards.

Everton upped the tempo following the break in a feisty game where seven players were booked, and the hosts came close to scoring when Gylfi Sigurdsson hit the post with a dipping free-kick.

But there was late drama as both keepers redeemed themselves with fine saves, and Calvert-Lewin had a goal ruled out by the video assistant referee in added time because Sigurdsson had been lying on the ground in front of De Gea in an offside position.