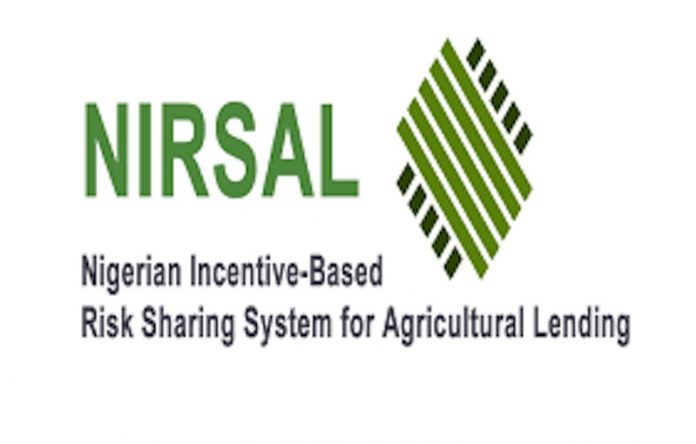 The Nigeria Incentive-Based Risk Sharing System for Agricultural Lending (NIRSAL) and the Nigerian Meteorological Agency (NiMet) have signed a Memorandum of Understanding (MoU) for the utilisation of meteorological data among other big data sets to enhance yield increase and productivity of farmers and avoidance of catastrophic weather risk events.

Managing Director/Chief Executive, NIRSAL, Mr. Aliyu Abdulhameed said the collaboration will ultimately lead to the generation and provision of agro-meteorological weather information and other strategic services for supporting finance and investment decisions.

He said the MoU represented a significant step towards achieving precision agriculture in the country as well as marked the start of a strategic partnership with NiMet, whose official mandate is to provide climate and weather data services to the country.

Speaking during the MoU Signing ceremony between both agencies over the weekend in Abuja, Abdulhameed, alongside Director General/Chief Executive, NiMet, Prof. Sani Abubakar Mashi, said NIRSAL would under the partnership pursue strategies to downscale the Seasonal Rainfall Prediction (SRP) components including temperature, onset of rainfall and dry spells, cessation of rainfall, among others to farmers.

He said it will be an awareness campaign that will guide farmers against pre-onset rainfall (false-onset) and recommend risk measures in places that will experience severe dry spells namely Bauchi, Zamfara, Katsina, Kebbi, Borno and Yobe, where, the dry spell is expected to last between 10 to 21 days.

He added that NIRSAL will use platforms like town hall meetings, radio jingles and other channels of mass media to ensure the dissemination of right information to farmers to support activities in the upstream farming segment of crop value chains.

The NIRSAL boss stressed that the partnership will further pursue the development of crop-specific calendars for NIRSAL’s focus commodities to provide precise information on planting, maintenance and harvesting within the ACEAs leveraging NiMet data.

On his part, however, Mashi noted that the NiMet-NIRSAL partnership was a perfect fit for achieving its primary mandate of promoting climate-smart agriculture.

He assured that the weather agency will provide all the necessary support to NIRSAL to reach as many farmers as possible by designing and developing effective strategies for disseminating agrometeorological services to farmers leveraging on the latest technology.

“We will therefore be developing site specific cropping calendars in line with your focus commodities in the agricultural value chain across the country,” he said.

He said agriculture-based livelihood systems that are already vulnerable to food insecurity in the country would face immediate risk of increased crop failure, especially over the vulnerable regions in the low-lying areas of 850kilometer coastline; the flood-prone areas of the south-west; the flood plain of the Niger-Benue trough, and the Semi-Arid/Sahel drought/desertification prone areas of the North.

According to him, frequent flooding of arable land and urban floods experienced in Lagos, Sokoto, Gombe, Jigawa, among others in recent years result in crop damages, crop failure and low crop yields, while the increasing desertification of the northern region is causing changes in suitability of land for arable crops, tree crops, pasture crops, grazing and human habitation.

He noted that the devastation accompanying such extreme weather events had mainly impacted agriculture, water resources, and environment among other sectors.

He said:”This has raised concerns in the hearts of many because any threat to agriculture and environment is a threat to food and nutrition security and life in general. Projected impact of climate change on agricultural yields alone between 2003 and the 2080s reveals that Nigeria lies between -5 and -15 per cent expected production level. This means a mean reduction in agricultural yields, hence the projection calls for total concern.”

He added:”The rainfall variability in the country also reveals, erratic rainfall and reduction in the length of the rainy season following high variability in rainfall distribution with shifts in periods of onset, cessation peaks and breaks. It shows increasing frequency of heavy rainfall in some areas, especially along the coastal areas leading to about 15-20 per cent increase in rainfall while a decline in rainfall over the North leading to drought. The ‘desert-like conditions’ now covers over 35 per cent of Nigeria’s land mass due to desertification encroachment from the North leading to drought episodes.” 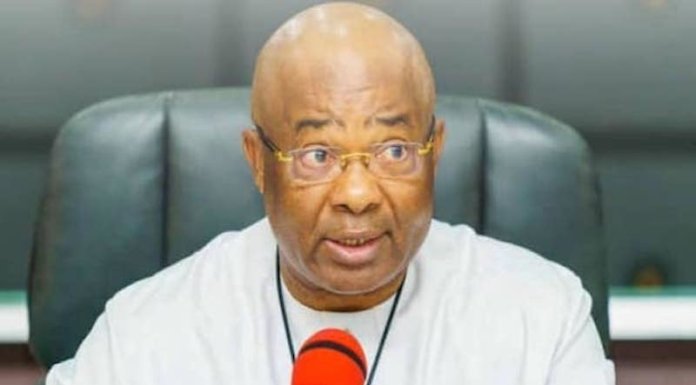