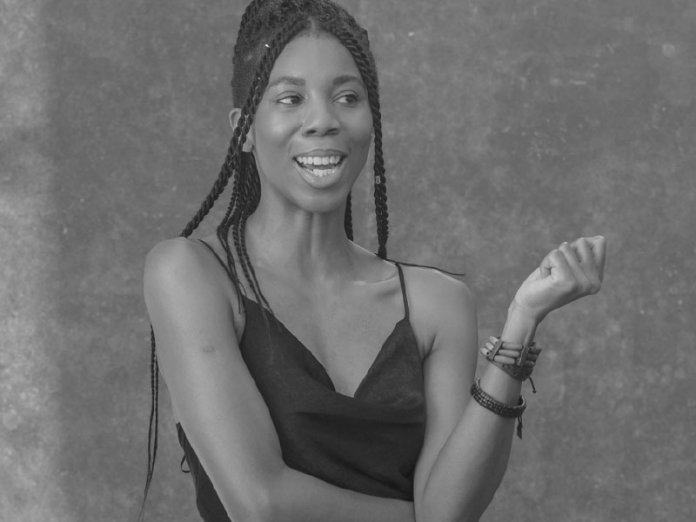 The grit in her studied look. The excitement in her voice. The sobriety in her thought. And the clairvoyance of her vision. All like connecting dots form a woman of substance. In simultaneous sequence, her life is both eclectic and electric. Like a beautiful flower, she flourishes and blossoms in the sun of serenity and sometimes in the chaos of an unpredictable atmosphere. Sonia Irabor holds her own. Welcome to the world of Sonia, the editor of Genevieve Magazine and recipient of Forbes Africa Under30 in 2018. Sonia is a shining light to Nigerian youths, particularly women who aspire to rise beyond their limits, writes Funke Olaode

You need to see her. You should meet her. An adventurous lady with an effervescent spirit; drifting effortlessly into various roles. Her indefatigable energy is inspiring; you can feel the rush of adrenaline in her body. The beauty of her supple skin and suave disposition tell you about her world and class. Yet, in a breathtaking moment of simplicity, you find her enchanting depth of genius as a young leader and motivator.
Her facade is an embodiment of smile and seriousness; a flash of conviviality measured by sobriety. She is young but she has come a long way.
That’s Sonia Irabor for you.

It’s true: the Irabors (Soni and Betty) easily come to your mind. But there will be no misjudging if you think Sonia’s going to be better than the couple. Simple.

The grit in her studied look. The excitement in her voice. The sobriety in her thought. And the clairvoyance of her vision. All like connecting dots form a woman of substance. In simultaneous sequence, her life is both eclectic and electric. Like a beautiful flower, she flourishes and blossoms in the sun of serenity and sometimes in the chaos of an unpredictable atmosphere. That sum up Sonia. The young Irabor holds her own as the current editor of Genevieve Magazine and recipient of Forbes Africa Under30.

Besides, Sonia is a shining light to Nigerian youths, particularly women who aspire to rise beyond their limits.

Sonia Irabor, the editor of Genevieve Magazine can be described as a chip off the old block. Her parents, Soni and Betty Irabor are one of Nigeria’s most successful and respected media moguls. With Sonia toeing the same path, one can say she is renewing the Irabors’ media dynasty. On the other hand, she is not as the parents are still in the act of doing media business. Sonia Irabor is not new to the media. She belongs to the league of households whose lives revolve around the media for decades. Her parents eat, sleep and breathe media. Who would forget in a hurry Soni Irabor’s voice on Radio Nigeria that made listeners stay glued to the radio during news hours? Irabor is a matriarch of newscasting in Nigeria. He, alongside Bisi Olatilo, in those days, was a delight to listen to. That was the power in the voice of Irabor.

And of course, Betty Irabor has done well for the womenfolk as a media mogul. Though read English, over the last four decades, Aunty Betty, as she is fondly called, has paid her dues as one of the most respected media practitioners in Nigeria. In 2003, she founded Genevieve Magazine, one of the most read lifestyle, fashion and beauty magazines in the country. And to seal her authority as a most accomplished female publisher, in 2011, she was honoured by the Association of Professional Women Bankers.

Currently the chairman and editor-in-chief of Genevieve Magazine, Betty Irabor handled the mantle of editorship to her daughter, Sonia Irabor in 2017. Shrewd, intelligent and professional, the younger Irabor is beginning to carve her own niche. In a way, her career trajectory was unveiled when Sonia was only 13.

Sonia would later travel abroad to study Media, Communications, and Society. Upon graduation, she honed her skills at reputable media organizations, demonstrating her skills in public relations. The move saw her strike deals for several leading brands. She later worked as a ghost-writer for Cosmopolitan and Huffington Post in London. Afterward, she returned to Genevieve magazine as an assistant editor and the UK correspondent. Seven years down the line, she was appointed as the editor of the magazine.

Having accomplished parents sometimes creates a burden of expectations but not for Sonia whose experience of 17 years working in the media industry both home and abroad come in handy and has contributed to her staying power when the mantle of editorship fell on her shoulders three years ago. To her, it’s been an exciting and pivotal challenge.

Sonia has been with the magazine as a teen columnist at age 13 and has been committed to its cause. Since she took over the mantle of leadership what innovation has she made to the publication?

She is not a person that takes glory for its success, with her sense of modesty, she gives kudos to the entire team at Genevieve for keeping the vision going. Sonia points out: “The entire team and I have been focused on ensuring that we continue to evolve with our audience while creating space for new readers to join the adventure. We have also expanded our efforts to include and grow our digital presence as much as possible. It’s in no way a finished vision. We are still building, creating, developing, trying and learning.”

Genevieve is a lifestyle, fashion and beauty magazine with a global appeal whose sole objective is to promote women who have made giant strides in their endeavours. Can she boldly say that the magazine has achieved its set out objectives? “Yes, it has,” Sonia says.

“I’d like to believe that we have – and continue to – promote and empower every woman or young girl who picks up our magazine. We hope to showcase a connected world that allows every woman, at whichever stage of her life she may be at, to feel inspired, understood and seen without judgment.”
With leadership comes responsibilities and being a woman sometimes can be daunting due to stereotype, prejudice and conscious bias of being a woman.

This sometimes makes the woman not realize her full potential. Lately, women have gone beyond just ordinary flowers around the table when decisions are made. They can hold their heads high. As one of the very few female editors in Nigeria, what are the challenges if any, that she has faced?
“The challenges I face as a woman in Nigeria, thankfully do not hinder my work as an editor, specifically. Unfortunately, they exist in many other forms that I must navigate and battle in order to live a free, fair, balanced and just life, and in order to help other women and young girls to achieve the same, as best as I can,” the GM editor admits.

Having distinguished herself over the years by being focused, dedicated and committed to her calling, Sonia’s efforts haven’t gone unnoticed. In 2018, she was one of the recipients of the prestigious Forbes Africa under 30. Forbes is big no doubt and its awards are given out to deserving, distinguished and exceptionally young Africans who have excelled in their endeavours. Sonia made it in 2018. It is being two years though. How did she feel when her name was mentioned and what does the recognition mean to her? “It’s a wonderful honour to be considered and acknowledged,” Sonia discloses.

Versatile and adventurous, Sonia’s life is intertwined in many things beyond editing as she is involved in acting, writing, producing, freelancing, etc. How does she juggle all that?
“I am very passionate about these roles,” Sonia reveals, “so I ensure that I find the time for each of them. They are not all daily tasks, so that also helps me to map out my life in such a way that I am able to dedicate enough energy and time to each of the things when they present themselves.”
Sonia has accomplished parents who are veterans in the media long before she was born. The Irabors have continued to be relevant as they keep reinventing and evolving. For the young Irabor, their shoes may be large for her to fill, she would always follow her heart, toe her own path and continue to carve her own niche. But does the name Irabor places too much pressure on her or gives her confidence concerning her desire to be the best?
“I am thankful that I have worked hard to evolve and build my own identity and work, while still acknowledging the privilege, weight, and power that my family name carries. I am thankful not to be buried under the pressure of the name, but instead to be empowered to work hard, build, create and earn my stripes.”

And if there is something she cherishes in terms of ideal about her famous parents that she would like to replicate in her personal and career life is their humility. Sonia explains: “It is amazing when you have people who have achieved so much and still remain true to themselves. I cherish my parents’ humility, hard work, smart work, and truth.”

When last did you see Sonia on the road, in the cinemas or celebrities journals? By virtue of her work, she is in the public glare but at the same time private. She, however, points out: “I certainly would not count myself as being in the public glare, as you put it. I much prefer to put my head down, face my own work and humbly stay in my own lane.”

Young, dynamic and focus, if she were to look back in life, were there things she would have done differently? “Everything I have done and experienced, I have learned. For that reason, I do not wish to change any aspect of my journey, no matter how dark some tunnels may have been,” says the young editor with confidence.

It has been 17 years of impacting lives through GM, what is her hope and aspirations for the magazine. And where does she see it at 30?
Sharing her thought, she states: “My hope is that it is still very much alive, still very much part of the conversation, still evolving beyond my mother and myself while remaining impactful.”