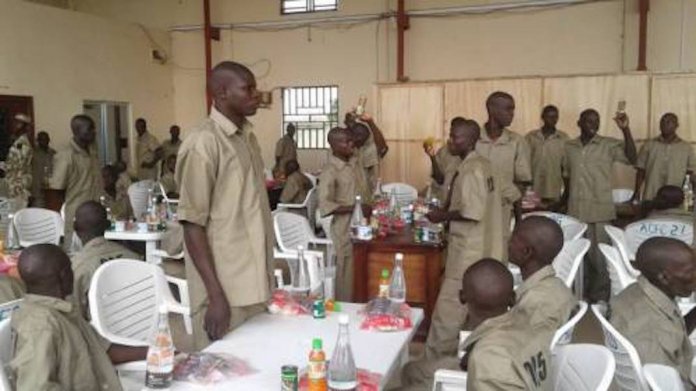 Well, like movie watchers addicted to horror films or tragi-comedies, we are watching with growing trepidation at the ongoing dance of confusion inside our National Assembly. The best way to appreciate the level of your problems and the probability of escape or survival, is to take a look at the character, preoccupation and utterances of your lawmakers. Your heart will either sink or soar when you take interest in what comes out of these chambers.

Few days ago, a senator representing Yobe East Senatorial District and former governor of Yobe State, Ibrahim Geidam, reportedly sponsored a bill entitled “National Agency for Education, Rehabilitation, De-Radicalisation and Integration of Repentant Insurgents in Nigeria”. Please, note that Yobe is part of the “insurgent enclave” of the North East, and has suffered numerous attacks and devastation in the past decade.

Mercifully, they all don’t sleep facing the same wall. A senator more traumatized by the encircling onslaught, for many years now, raises an anguished finger of opposition to the poorly grounded bill. Ali Ndume (Borno South) who is also the Chairman Senate Committee on Army lamented that the bill will act more as a recruiting tool for the jihadists as it would now be possible to join the madcap group, get fed up, thereafter, of killing some Nigerians, and then volunteer to opt out, and be ‘re-inserted’ into the same communities that they have earlier tormented.

Perhaps our lawmakers are lulled into this hair-brained option because of available literatures of De-Radicalisation programmes of Saudi Arabia, Australia, Ireland, Tajikistan, Kuwait, etc, which many scholars and researchers have cautioned were fraught with unverified and scanty data to aggregate any sort of positive or enduring outcome. The factors necessary to make this work are so enormous, and must be so thoroughly evaluated and managed, a doomed prospect if we take into consideration our recent experiences with IDP camp planning and management. It clearly exposed our inadequacies, mediocrity, high-handedness and, in some cases, mindless criminality.

Here is a salient warning from an authority in exploring the dark crevices of criminally disabled minds: Andrew Silke is a professor of Criminology at the University of East London where he is also the Program Director for Terrorism Studies. This is a man whose works our legislators should digest fervently as he still sits on the ‘British Psychological Society’s working group on the Psychological Risk Assessment of those Convicted or Detained under Terrorist Related Offences’. In a 2011 paper entitled “Disengagement or Deradicalisation: A Look at Prison Programs for Jailed Terrorists”, he writes: “At no time in the past 50 years has there been as much interest in the idea of deradicalizing terrorists as today. Programs to deradicalize those linked to al-Qa`ida have been established in multiple countries, with the hope that reforming these extremists is possible. Nevertheless, doubts remain over the effectiveness of these programs. This uncertainty is only heightened by the chronic lack of proper evaluations on almost any of the programs involved. Adding to the difficulty is confusion over how to define the goals of the programs. Should they seek to merely disengage subjects from violence and other illegal activity? Or should they actually “deradicalize” a subject, which would mean a complete shift in the prisoner’s mindset, sympathies and attitudes?

“…A fundamental question facing these programs is what is it that they are trying to change? Most programs do not simply want to change the prisoner’s behavior, but a prisoner’s beliefs and mind-set. They want the prisoner to believe that a cause that was previously seen as good, worthy and justified is in fact bad, misguided and unwarranted. In the end, prioritizing deradicalization over disengagement is a dangerous gamble. It provides a distorted view of the real nature of both the problem and its solutions.”

Whatever may be the premise our legislators are scrawling this dangerous line of thought, they should reflect on the recent failed attempt by the UK government which got some sickening mud splashed on its face late last year. Please, read these excerpts from a December 9, 2019 article, “London Terror Attack Exposes Deradicalization Programs’ Failures” by Patrick Dunleavy: “Usman Khan, the unrepentant British jihadist who was on supervised early release from prison when he killed two people and wounded several others Nov. 29 near London Bridge, is just the tip of an iceberg that threatens western democracies. Khan, armed with two knives taped to his wrists and a faux suicide vest, was shot and killed by Metropolitan Police after being restrained and disarmed by heroic civilians…” “And Khan’s example shows that many of those who did participate in a rehabilitation program may not be truly de-radicalized. He professed a desire to be deradicalized, but now that looks like it was just a ruse to attain an early prison release. Convicts have often been known to game the system by telling authorities what they want to hear, winning parole in return….

“The failure of the deradicalization program has been acknowledged by two leading counter terrorism experts. Richard Walton, former head of Scotland Yard’s counterterror command, felt that the number of convicted terrorists who were de-radicalized while incarcerated was minimal. Former jihadist Hanif Qadir, meanwhile, simply stated in 2016 that the UK’s de-radicalization prison program is “failing miserably”…”

So, let’s tread with sense and sobriety: we should not further complicate a complex man-made problem.

Why Is US Harassing Our Corruption?
It truly must be unsettling, and very demoralizing, for supporters of the Muhammadu Buhari administration to read the accusation of the United States Department of Justice that the Nigerian government was planning to hand over about $100m (over 36 billion naira) out of the endless loot associated with former military Head of State, late Gen. Sani Abacha, to a man named Atiku Bagudu.

That was not all. The allegation that takes the cake was that our government which prides itself as severely committed to fighting corruption at all levels was blocking US efforts to recover part of the looted funds supposedly traced to Bagudu.

In case you are wondering which planet this Bagudu is from, he is not a ghost or alien. He was a bag-man, cash-mule to Abacha, the disgraced gluttonous looter. He later became a senator, after spending few months in a US jail and refunding over 30 billion naira to Nigeria. Yet, in spite of the indictment, refund and conviction, he was cleared thrice, in the wonderland called Nigeria, to run for elections, and won three times! In fact, he is the current Kebbi State governor (on second term), and the Chairman of the All Progressives Congress governor’s forum. Allahu Akbar!

Breathless and stunned, the Presidency fired back: different tranches of the Abacha loot are in different stages of return, including over $300m…and the Bagudu $100m deal was reportedly brokered by Olusegun Obasanjo’s government some 16 years ago, which has somehow hamstrung this government effort to clean up the Abacha mess. However, Buhari is looking for ways of tearing up that deal, and giving Bagudu zilch.

No one is investigating how a prodigiously corrupt person became a governor in 2015 with power of immunity up to 2023, and leading a forum of other Nigerian governors.

On the other hand, it is not difficult to approximate why the US Justice Department views our protestations with a knowing wink, clearly unimpressed with our dismay at the Bagudu deal, or our pledge to lodge all the retrieved loot in a National Sovereign Investment Agency purse, with the mandate to pour the billions into infrastructural development, digital optimization and such lofty concepts geared towards stimulating youth employment.

Sometimes, our politics leaves the most cynical in a state of head-shaking consternation. 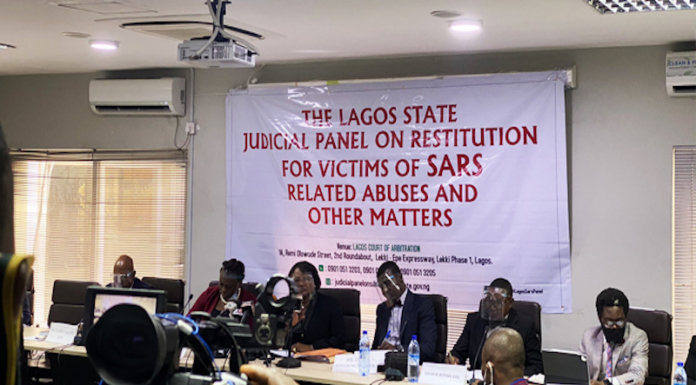