The Supreme Court wednesday excoriated two lawyers of the All Progressives Congress (APC), Chief Afe Babalola (SAN) and Mr. Wole Olanipekun (SAN), for daring to file an application for a review of its February 13, 2020 judgment that nullified the victory of the party’s candidate in the governorship election in Bayelsa State.

It described the application as vexatious and frivolous and consequently dismissed it.

The Peoples Democratic Party (PDP),Bayelsa State Governor, Senator Duoye Diri and his predecessor, Hon. Seriake Dickson, lauded the judgment with the opposition party calling on the Supreme Court to reconsider its verdict on the Imo governorship election dispute.

An emotional, Justice Amina Augie, who delivered the lead judgment, described the action of Babalola and Olanipekun as regrettable and a deliberate desecration of the judiciary.

“I feel like shedding tears that senior counsel in this case would ever bring this kind of frivolous applications during my life time.
“This court is not authorised and indeed lacked jurisdiction to review any judgment delivered on merit, more so when the applicants have not pointed out any accidental error or slip in the judgment. There must be an end to every litigation.

“It is settled that the decision of this court is final. This is final court and its decisions are final for all ages,” Justice Augie said in an emotion-laden voice.

She ordered Babalola and Olanipekun to pay N10 million each to each of the three respondents as fine.
Justice Augie said the fine would be personally paid by the lawyers.

The beneficiary respondents are Diri, his deputy, Senator Lawrence Ewhujapkor and the PDP.
In the ruling that lasted about 30 minutes, Justice Augie held that by Order 8, Rule 16 of the Supreme Court, the court has no powers or authority to review any judgment delivered on merit safe for clerical error.

According to Justice Augie, it is only a legislation that can alter the decision of the apex court once a matter has been fully heard and an order made.
“The two applications brought before us today lacked merit and constituted abuse of this court and they are liable to dismissal and are hereby dismissed”, the court held.

The apex court said the request by the APC to review its judgment voiding the participation of its candidate in the Bayelsa State governorship election was an abuse of court process.

The court held that the suit filed on behalf of the APC, its sacked governor-elect and deputy governor-elect, Mr. David Lyon and Biobarakuma Degi-Eremienyo respectively, lacked merit and summarily dismissed it.

The apex court had on February 13, barely 24 hours to the inauguration of Lyon and Degi-Eremienyo as governor and deputy governor of Bayelsa State, ordered the Independent National Electoral Commission (INEC) to withdraw the certificate of return issued them as winner of the November 16 governorship election in Bayelsa State.

The action of the apex court was predicated on the grounds that the APC deputy governor-elect was not qualified to have participated in the poll for supplying false information to INEC to aid his qualification for the election.

The apex court subsequently ordered that the candidate of the party that came second in the election be sworn in as duly elected governor.
However, not satisfied with the decision of the apex court, the APC, Lyon and Degi-Eremienyo applied to the apex court for a review and an order setting aside its judgment that disqualified them from the November 16, poll.

Lyon and APC in their applications argued by Babalola and Olanipekun, respectively, prayed the court to review and set aside the judgment of February 13, which voided their participation in the November 16 governorship election on the grounds that the court made some mistakes in affirming the decision of the Federal High Court, which disqualified them from participating in the election.

Babalola, in his submission, said the Supreme Court has inherent power to set aside its own decision because the judgment which voided the election of his client was a nullity because his client was denied fair hearing.

According to him, the procedure adopted by the apex court on February 13 was wrong because there was no cause of action at the time the Supreme Court gave judgment against Lyon.

Olanipekun on his part, argued that the apex court erred in law when it invoked Section 36 of the Electoral Act to disqualify the APC’s participation in the election when the Federal High Court judgment restored by the Supreme Court did not disqualify the party.

He argued that the Supreme Court cannot give consequential order on a relief not granted by a trial court except due to human error.

However, counsel to the PDP, Mr. Tayo Oyetibo (SAN), informed the apex court that the application by APC and its governorship candidate were dangerous invitation to the Supreme Court to violate Section 285 of the 1999 Constitution, for the court to sit on appeal over its own matter.

Oyetibo argued that having delivered final judgment in the matter on merit on February 13, the court has no jurisdiction to sit on appeal in the judgment, adding that it is scandalous to ask the apex court to review the judgment.

He stated that the apex court was right in disqualifying Lyon as the governor-elect because Section 187 of the 1999 constitution is clear and unambiguous to the effect that a governorship candidate who has no deputy candidate is not qualified to contest any governorship election.

“When Supreme Court gives judgment, it is deemed correct. It has never happened in the history of Supreme Court to reverse itself; its judgment is final and finality. And whatever Supreme Court says in the interpretation of the law is the law,” he said.

His submissions were adopted by other respondents in the matter.

Reacting to the verdict, the PDP commended the Supreme Court for upholding the election of Diri as the governor of Bayelsa State.
But it urged the apex court to reverse itself on the Imo State governorship verdict which sacked Hon. Emeka Ihedioha as governor and replaced him with Senator Hope Uzodinma.

It also accused the APC of mounting pressure on the Supreme Court to restrain itself from reversing the Imo judgment.

In a statement yesterday by its National Publicity Secretary, Mr. Kola Ologbondiyan, the main opposition party said while it commended yesterday’s verdict of the Supreme Court, the elements and grounds for the demands by the PDP for the reversal of Imo State governorship election judgment are different from those of Bayelsa State.

The PDP explained that its demand on Imo is not in any way in contestation of the authority and finality of the Supreme Court but a patriotic effort to assist the apex court to affirm its infallibility by correcting the inherent mistakes in the judgment, which came as a result of misleading presentation to it by the APC.

“It is, therefore, instructive to note that the various election matters before the Supreme Court were brought on clearly distinctive grounds and each should be treated on its merit before the law,” PDP added.

The party said the only reason APC was pushing for a review of the Supreme Court’s judgment on the Bayelsa and Zamfara states governorship elections was to cause confusion and blackmail the Supreme Court from reconsidering the Imo case on merit.

The PDP described the grounds for the reversal of Imo judgment as “unambiguously constitutional and completely distinct” from APC’s request for the review of the Supreme Court judgments on the Bayelsa and Zamfara states’ governorship elections.

The party urged the Supreme Court to look at the merit of the Imo State case; correct the mistakes and reverse the judgment.

No Victor, No Vanquished, Says Gov

Also reacting to the verdict wednesday, Diri said there was no victor, no vanquished as the Supreme Court ruling was only an affirmation of God’s judgment, which paved the way for his victory.

Diri also called on all Bayelsans, regardless of party affiliation, to join hands with him to grow the state.
A statement by his acting Chief Press Secretary, Mr. Daniel Alabrah, quoted the governor as commending the courage and sagacity of the apex court justices in affirming their earlier judgment.

He said: “Once again, I describe myself as a miracle governor. So the Supreme Court just affirmed the judgment of the Almighty God, who made it possible for me to become the governor of Bayelsa State.

“For me, there is no victor no vanquished as the victory is for all Bayelsans. It is not a winner takes all.

“My message is that of reconciliation as I will run an all-inclusive government. Let everyone that is aggrieved sheathe their swords. Let us think about Bayelsa first and ourselves last. By this judgment, it is clear the final hurdle has been cleared.”

Diri’s predecessor, Dickson, said wednesday’s judgment averted a catastrophe that was waiting to erupt in the state.
He also commended the justices of the apex court for the bold decision to wrest the judiciary from “needless opprobrium” and standing in defence of democracy, the rule of law and the constitution.

A statement by the Media Aide to the governor, Mr. Fidelis Soriwei, quoted him as saying that without the verdict of the judiciary, especially the Supreme Court, Bayelsa would have been ruled through proxies which would have reversed all the gains the state had made in the past eight years.
He described what happened in Bayelsa as one of the greatest political robberies in electoral history which he alleged was masterminded by a collusion of the APC and federal forces.

He called on all lovers of democracy to join hands in the defence òf democracy by giving the requisite support to the judiciary. 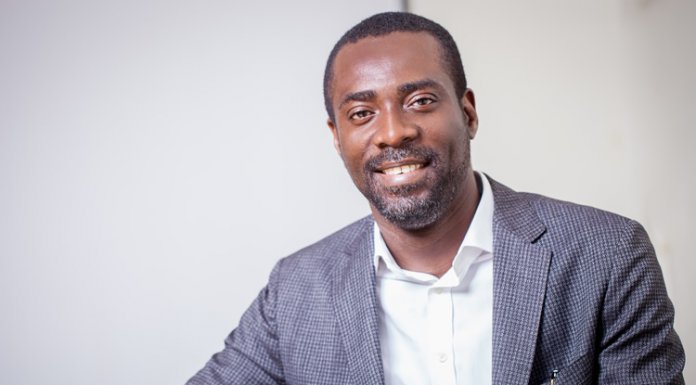