Managing Director of the Nigeria Railway Corporation ((NRC), Fidet Okhiria, has disclosed that the federal government has no plan to concession the operations of Abuja-Kaduna Railway to private business operators.

Rather, he advised private interests to collaborate and acquire coaches and bid for licence to enable them move passengers and goods on the same route.

Okhiria made this submission at the Infrastructure Dialogue with the theme: “Rail Infrastructure Rebirth: Catalyst for Nigeria’s Economic Potentials” held in Abuja.

He explained that government had ordered 30 new locomotives to be delivered before the end of the year for movement of passengers and goods on the Abuja-Kaduna as well as the Lagos-Ibadan routes.

Ten of the coaches, consisting of two locomotives (diesel motorcars unit) and eight coaches would be operated between Lagos-Ibadan, while another 10 would ply Abuja-Kaduna line.

The dialogue was held to address the infrastructural funding gap in the railway sector in addition to why it’s incumbent to fast track the passage of the Railway Bill, which is before the National Assembly.

To plug the gap, the Managing Director of Infrastructure Concession Regulatory Commission (ICRC), Chidi Izuwah, urged the federal government to fashion out a comprehensive planning and design solutions across all sectors of the country’s infrastructure value chain.

He noted that private sector participation should be accelerated to deliver the desired goals as obtained in developed countries given that government lacks the resources to address the infrastructural deficits in the country.

He said the key takeaway from the dialogue was the emphasis on the public private partnership in line with ICRC Act and national policies on PPPs to drive infrastructure. He noted that the current infrastructural deficit would subsist except government prioritised and deepened PPP in key areas of the economy.

Similarly, Director, Rail Transportation Services, Ministry of Transportation, Mr. Mohammed Babakobi, hinted that the ministry has sought the passage of the new Railway Bill by the National Assembly to provide the legal framework to facilitate the participation of the private sector.

He observed that the new law if assented to would sustain the rehabilitation and modernisation of operations of railway network in the country.

The Managing Director/CEO, TTL Group, who convened the dialogue, Dr. Onuoha Nnachi, noted that for PPP to work, government must show commitment and create the right regulatory framework for the private sector.

He described the railway as an economic infrastructure that required huge capital outlay, which must be private sector-driven; adding that for it to work investors could put in their investment to enable government focus its resources on social infrastructure such as hospitals, schools, among others. 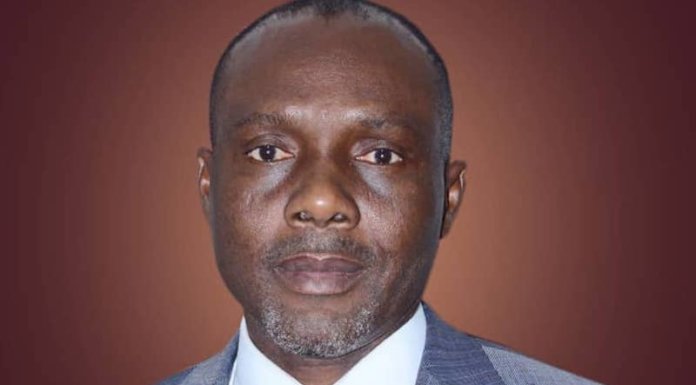