By Obinna Chima and Goddy Egene

The Central Bank of Nigeria’s (CBN) directive to banks last year to increase lending to customers has started yielding fruits as loans disbursed by six banks that have released their unaudited results for the fourth quarter 2019 rose by 21 per cent, from N5.674 trillion in 2018, to N6.849 trillion.

Besides, the apex bank yesterday dismissed news making the rounds that it has banned domiciliary accounts’ transactions.

The CBN had last year raised banks’ loan-to-deposit ratio (LDR) to 60 per cent and afterwards 65 per cent, with a deadline of December 2019.

The policy was to encourage lending to SMEs, retail, mortgage and consumer lending.

THISDAY’s analysis of the six banks that released their unaudited and audited results for the fourth quarter that ended December 31, 2019, showed an increase in the level of loans and advances.

Analysts at Cowry Asset Management Limited, said the CBN’s policy would lead to an uptrend in credit growth to the private sector in the fourth quarter of 2019.

“We feel that the sustained increase in credit to the private sector, which was induced by CBN’s policy of higher loan to deposit ratio–its increase from 60 per cent to 65 per cent took effect from January 1, 2020 –,should stimulate real sector growth in Q4 2019. In addition to the restriction on Open Market Operations (OMO) sales to deposits money banks (DMBs) and foreign portfolio investors (FPIs) FPIs, we expect credit to private sector to further rise with a resultant growth in production output,”

The analysts added that the low yield environment, which has “made borrowings affordable to corporates, individuals and government,” will also give businesses an opportunity to expand.

The Co-founder at Cardinal Stone Partners Limited, Mr. Mohammed Garuba, while commenting on the policy, said: “Banks were set up primarily to intermediate and that is what the CBN is trying to make them do, not to be buying treasury bills and bonds. So, banks are gradually being made to do their primary job.

“So, now we would start seeing economy-reflective financial performance. Banks were focused on deposits, which they channel into treasury bills and you say you are a bank. Now, the central bank is more focused on banks playing their intermediation role.”

The CBN had decided in the interim to retain the minimum LDR ratio for commercial and merchant banks at 65 per cent.

It based its decision on what it described as remarkable increase in credit to the private sector.

The deadline for banks to achieve a 65 per cent LDR elapsed on December 31, 2019, with sanctions applied on those that defaulted.

However, the central bank said failure to achieve the target would continue to attract levies of additional cash reserve requirement of 50 per cent of the lending shortfall of the target LDR on or before March 31, 2020.

CBN Governor, Mr. Godwin Emefiele, had said the credit conditions in the banking system had since improved due to the policy.

According to him, banks are now able to recover delinquent loans from customers’ accounts in other banks.

Emefiele said the measures had placed Nigerian banks in a much better position towards supporting a stronger economic recovery.

Meanwhile, the CBN has clarified that the news making the rounds that it has banned domiciliary accounts’ transactions was false.

The central bank said the clarification became necessary so as to address the uncertainties surrounding the operations of domiciliary accounts.

CBN, in a statement yesterday by its Director, Corporate Communications, Mr. Isaac Okoroafor, said: “The bank has not prohibited the acceptance of foreign currency cash deposits by Deposit Money Banks.

Okorafor urged stakeholders and other interested parties to always endeavour to seek clarification on issues and avoid speculative tendencies, which are detrimental to the financial system.

According to the CBN fourth quarter 2019 economic report, aggregate foreign exchange inflow into the central bank during the period amounted to $13.29 billion, showing an increase of 6.1 per cent over the level in the third quarter of 2019.

But it decreased by 15.9 per cent below the level in the corresponding period of 2018. The development, relative to the preceding quarter reflected, mainly, the rise in non-oil receipts.

But aggregate outflow from the CBN during the period, according to the CBN, was $15.57 billion, indicating a decrease of 3.9 per cent and 2.7 per cent below the levels in the preceding quarter of 2019 and the corresponding period of 2018, respectively.

“The decline in outflow, relative to the preceding quarter reflected, mainly, the decline in third party MDAs transfers and interbank utilisation. Overall, foreign exchange flows, through the bank in the review period, resulted in a net outflow of

$2.27 billion compared with net outflow of $3.67 billion and $0.19 billion in the preceding quarter and the corresponding period of 2018 respectively,” it added.

According to the report, aggregate sectoral foreign exchange utilisation in the fourth quarter of 2019 stood at $11.43 billion, indicating a decrease of 17.4 per cent, below the level at the end of the third quarter of 2019.

It, however, rose by two per cent above the level in the corresponding period of 2018. The invisible sector accounted for the bulk (64.3 per cent) of total foreign exchange disbursed in the review quarter, followed by the industrial sector (15.1 per cent).

“Total non-oil export earnings received through the banks during the review period amounted to $0.96 billion, representing a decrease of 37.8 per cent and 12.7 per cent relative to the levels at the end of the preceding quarter and corresponding period of 2018, respectively. 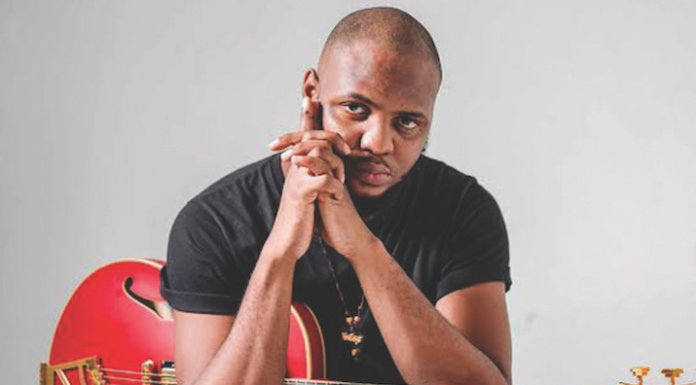