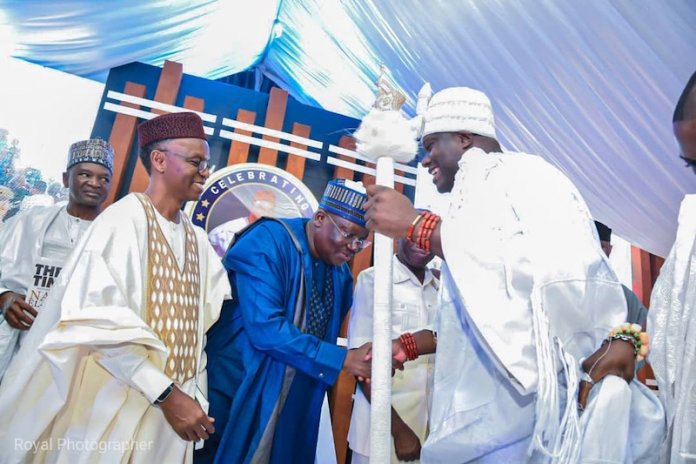 There is nothing like hearing the clock chime to a new age when there are pathways waiting for the striding of feet, or people waiting for the pleasure of company. When the Governor of Kaduna State, Mallam Nasir El-Rufai celebrated his 60th birthday, there wasn’t a stone within the Kaduna environ that was left unturned, thanks to the gravity of dignitaries converging to felicitate with the governor.

At 60, Mallam Nasir El-Rufai still boasts a disposition that should only be referred to as sunny. The man was like a seneschal who had ascended the order of nobility to sit with kings and lords. Invariably, that was his lot, with rulers and leaders – traditional and others – camped on his right and on his left.

The event was a time of exceptional merit as such notable and distinguished personalities as Emir of Kano, Muhammadu Sanusi II, Ooni of Ife, Oba Adeyeye Ogunwusi, President Muhammadu Buhari,(represented by the Minister of Environment, Mohammed Mahmoud), Senate President, Ahmed Lawan, Chairman of All Progressives Congress (APC), Comrade Adams Oshiomhole, Ekiti State Governor and Chairman of Nigeria’s Governors’ Forum, Kayode Fayemi, and many others.

Commenting on Governor El-Rufai, the Emir of Kano called attention to his devotion and commitment to Kaduna State and Nigeria in general. He gave credits to El-Rufai especially for his allocation of 40 percent of Kaduna State’s budget to education, an area the Emir advocated as being the wheel out of impoverishment and insecurity.

Of note also was the presentation of a talking drum to Governor El-Rufai by Oba Adeyeye Ogunwusi, a symbolic gift to convey El-Rufai’s energetic approach to governance and his accomplishments so far, the most of which are obvious even to the blind.

Two volumes of books, titled These Times: Selected Speeches” and authored by Governor Nasir El-Rufai were also launched during the event, much to the pleasure and admiration of the distinguished guests.

Several other guests spoke during the event, with all of them lauding the efforts of Governor El-Rufai, and asking that he keep up the good work. Others in attendance include the Minister of Transportation and that of Finance, Rotimi Amaechi, and Zainab Ahmed, respectively, as well as the governors Kayode Fayemi of Ekiti, Babajide Sanwo-Olu of Lagos, Godwin Obaseki of Edo, and several others. 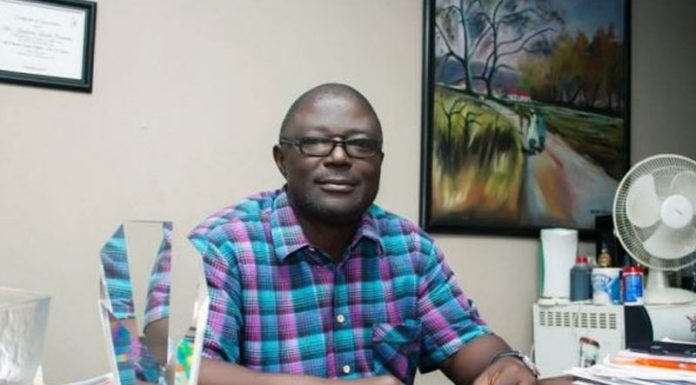