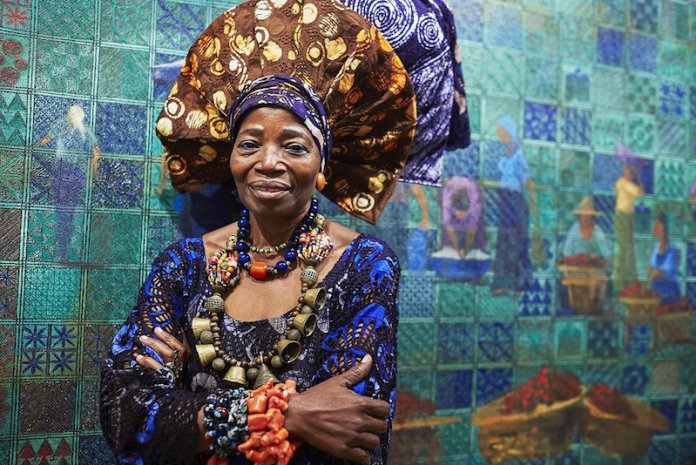 The experts have also called on governments at all levels to adopt public private partnership initiative (PPP) to promote creative industry in the country.

The positions were canvassed by the Founder, Nik Art Centre, Mrs. Nike Okundaye and an artist and curator, Oliver Enwonwu at the maiden edition of Lilac’s Creatives Creating Summit with the theme: ‘Identifying the Creative Industries Value Chain.

At the summit, Okundaye, said there was need to establish a national Art Gallery in Lagos to promote creativity and works of visual arts.

She lamented that the creative industry has been neglected, stating that the commitment and support from government and private sector in the space was very low.

She appealed for funding support from banks and financial institutions in order to support investments in the industry.

Also speaking at the summit, Enwonwu, said to jumpstart the repositioning of the creative industry, public and private partnership (PPP) is needed, adding that in most advanced societies, PPP collaborations are used in driving growth in sectoral development.

He urged governments at all levels to give tax rebates to visual artists as part of incentives, embellish public buildings to serve as art gallery, drive advancement in technology, increase investment in education and strengthen policy implementation.

He maintained that education is very important in promoting the visual art space, noting that children have to be continually educated about the importance of art.

He said: “To jumpstart the repositioning of the creative industry, most public and private sector is needed. In most advanced countries, public and private sector collaborations are used in driving growth in sectorial development. But in Africa, the situation is different because the government is grappling with basic infrastructure problems such as power supply, good roads, Hospitals and Schools. So they have very little time for the creative industry. Luckily, we have a government that is diversifying away from oil sector. We also have to focus on policy implementation, because we have a lot of policies that have not been implemented.

“If government is working with the right people that will be a good start. Also, we need the right people to be at the helm of affairs to drive growth in the creative industry. Even the Central Bank of Nigeria (CBN) intervention policy doesn’t include the visual arts. Government support is strategic in encouraging investors to invest in the sector because it will raise the level of trust and confidence.”

In his own remarks, Chief Executive Officer, Odio Mimonet, Mrs. Odio Oseni, said there was need “to develop the creative industry to compete globally, instead of adopting influences from the western world and allowing them to tell our stories.

“The creative industry is under documented; therefore it is important to use the traditional media and social media to tell our story better. We need to have to carry out intellectual property protection to safeguard our brands.

“We have to intensify efforts to develop the fashion value chain. We have to invest in fabric sourcing, pattern creations, finishing, store creatives, public relations and media, and others.”