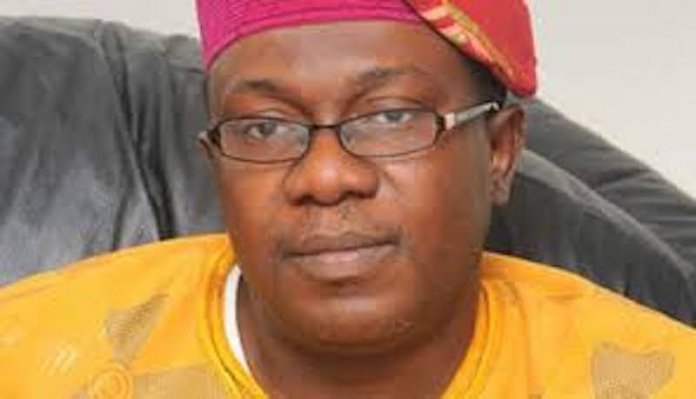 The Lagos State Government yesterday disclosed that it would soon unveil domesticated housing financing products to bridge the state’s housing deficit of 2.5 million units, accounting for about 14.7 percent of the national housing deficit.

Specifically, the state government noted that a special housing financing model became imperative, lamenting that financing housing development and empowering people for accessibility “are the twin issues hampering the impact of its intervention in the housing sector.”

The Commissioner for Housing, Hon. Moruf Fatai-Akinderu disclosed the plan yesterday after a meeting with the representatives of various development partners in Lagos, saying the state “is working hard to map out housing financing products that are domesticated to solve its peculiar housing challenges.”

At the meeting were the Project Director, Heinrich Böll Stiftung, Monica Ummuna; an architect and urban planner, Department of Architecture, University of Denmark, Jurgen Anderson and representatives from the British High Commission, the Netherlands Consulate, Friedrich Ebert Stiftung and NISA Housing, among others.

Of the national housing deficit of 17 million units according to the records of the National Bureau of Statistics (NBS), it is estimated that Lagos alone accounts for 2.5 million housing deficit, representing about 14.7 percent.

While global financing models are attractive, the commissioner observed that the models might not address the unusual housing challenges that the state had been battling with under different administrations.

He pointed out that provision of mass and social housing “is a key agenda of the state government, but the impact can only be felt when there is a structured financing mechanism that is based on predictable population growth.”

Apart from the rent to own scheme that gives opportunity of repayment over a period of 10 years, the commissioner said the state government “is looking at more workable financing options that will help the informal sector.”

Akinderu-Fatai observed that the housing challenge in Lagos “is complex because of the continued and uncontrollable influx of people from all over the nation.

“Given the rate at which the population of the state is increasing, there must be proactive measures to ensure that governmental interventions result in substantial positive impacts in the lives of the people,” he said.

He said: “We have to formalize the informal sector so that majority of our people can take advantage of a financing product that supports instalmental payments. More vertical construction of homes will take place both by government and private investors to optimize the land space available in the state.”

He then concluded that a viable housing development fund “is one that will address the issue of financing both the supply and demand angles of housing.

Fatai-Akinderu pointed out that the commitment of the state government “is unequivocal. Lagos State will continue to work relentlessly until more Lagos residents are brought on the home ownership ladder.”

He noted that 492 allottees of the Alhaji Lateef Kayode Jakande Gardens Alimosho area were given keys to their homes while in a few weeks the Igbogbo 11b housing scheme in Ikorodu local government area would be ready for 360 homeowners.

He, also, explained the plan of the state government “to upgrade some slums in the LGAs to livable cities as part of a global plan to transform the state into a 21st century economy that is distinct and comparable to others in the world.

“In with our passion for great progress in the sector, funding is needed and assistance from our development partners will be highly appreciated,” the commissioner said.

Also at the meeting, the Project Manager, Arctic Infrastructures, Mr. Lookman Oshodi made a presentation on the proposed Lagos Affordable Housing Development Fund, a financing product, which he said, promised relief to both developers and aspiring home owners both in the formal and informal sector.

The project manager explained that the uniqueness of the financing package “is the fact that it is targeted low income earners, can be accessed by both construction companies and home seekers and will be made up of contributions made by both government and private sector.”

Oshodi explained that the fund “will also cater to training and capacity building and upgrading of artisans, development of innovative building technology, sustainable housing developments and renewable of slums.

“The suggested funding from government is expected to be sourced from contributions by local governments, subventions, infrastructure development charge, Housing fund surcharge and Lagos Pension fund. Private sector contributions can be in form of grants and donations from both local and international organisations,” Oshodi explained.

In disbursing the fund, the project manager noted that part of the financing “will serve as a habitat fund which will be given as loans to those earning between N20000 and N59000 with a repayment plan of 20years.

“This will be channeled through micro finance banks with cooperative societies serving as intermediaries”. “Construction fund will also be granted to developers having vertical construction with sustainable energy ideas. This class of support is repayable within three years,” he added.

Oshodi also proposed a trust that would ensure accountability, credibility and sustainability, saying there was robust and enriching discourse on various issues pertaining to affordable shelter by all the partners.

He said top on the list were provision of workable structure “to reach the masses so that homes are not hijacked by the rich, continued maintenance of existing schemes to prevent rapid dilapidation, provision of homes for young professionals, introduction of cost saving techniques to reduce cost of building homes and increasing sustainability of future cities.”

Assuring the development partners at the meeting, the Permanent Secretary, Ministry of Housing Lagos state, Mr. Adedamola Akewusola appealed for greater collaboration with government on developing and implementing a financing document that will be apt for Lagos State.

At the end of the meeting, it was agreed that financing housing development and home ownership are the missing link in the affordability paradigm. It was also confirmed that providing a workable financing solution to the problem of housing deficit is very crucial.