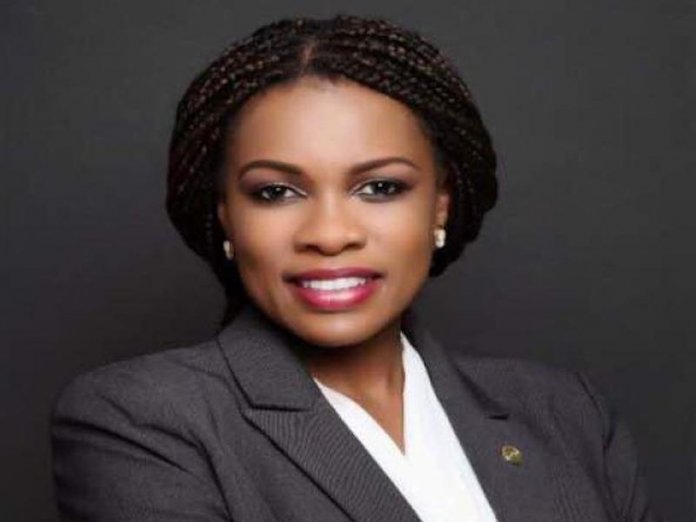 In the last few weeks, Lagos State Commissioner for Establishment, Training, and Pensions, Mrs. Ajibola Ponnle, has been in the news. She is currently enmeshed in a divorce saga before Lagos High Court, Igbosere. In the petition, Ajibola is seeking dissolution of her 22-year-old marriage to Abiodun Michael Ponnle, son of MicCom Cable founder. The marriage produced three children, all boys.

The proceedings are before Justice Lateefah Okunnu of Lagos High Court, Igbosere, Lagos. However, all hell broke loose last week with the social media awash with some salacious tales around the divorce proceedings which have been kept under close wraps for almost two years.
In the reports, the amiable Lagos commissioner was a subject of skewed gists. Sources close to the estranged couple said most of the stories flying around about the lady are full of lies as allegedly scripted by the hubby.

Society Watch gathered that Biodun and Jibola Ponnle have lived a blissful life until recent years. Unknowingly or carelessly, they allowed a wall to rise up in the matrimony leading to emotional problems that have torn them apart. It was learnt that Jibola had to leave her matrimonial home in Banana Island, Lagos on January 9, 2016, when she could no longer cope with her husband’s hassles.

Though she moved into another apartment the estate, it was alleged that Biodun, who used to run defunct Origin Oil & Gas, was already dating a popular Instagram fashion influencer, Juliet. According to the source, Juliet moved in with her daughter into the Ponnle’s Banana Island matrimonial home immediately Jibola was pushed out with her three kids and thus foreclosed any form of settlement.

As a thoroughbred professional and courteous woman, Jibola was said to have taken everything in her stride, focusing on her career and her kids.
“This is pure jealousy at its best. Jibola’s estranged hubby and some of her friends are not really happy that rather than quake after her failed marriage, she was waxing stronger as she has moved on with her life and capped it becoming a commissioner,” a source explained.

It was also gathered that the Ponnle family was not happy with the happenings around their son and daughter-in-law. In a message by Kolawole, one of Biodun’s siblings, he expressed the disappointment of the family over the divorce saga. His message read, “Last week, we received a text message that broke our heart. The text message contained weblinks to an article evidently sponsored by mischief makers simply set out to destroy the image of an innocent woman, Ajibola Yewande Ponnle. As such, we make clear to say the absurd narrative is a gross distortion of facts and demonstrated a lack of integrity and decency by the perpetrators.

“Ajibola (Sister Jibs as fondly referred to by my lovely wife) is a wonderful woman, wife, mother, sister, colleague, mentor and friend. She is intelligent, honest, hard-working and above all is faithful in her service to God and mankind. She exudes humility, respect, and integrity which is evident to all including members of the nuclear and extended Ponnle family. This is why we cannot keep quiet and watch her good image being maliciously smeared in the public.

“As a wife, we saw her as diligent. She served our entire family, always tolerant and accommodating. She walked tall and earned the respect of all. She sacrificed her career as a Chartered Accountant which was promising and successful to start self-employment in order to have more time for her family. She’s obedient and thoughtful, content, and selfless. She was an example our late mother referenced always to my wife. So, the pain felt by our father, Prince Ponnle and many members of the family when we read the malicious article in social media attempting to depict Ajibola as fraud is indescribable. These are twisted tales and sadly we know the source of this deliberate attempt to pay the media in a smear campaign to assassinate Ajibola Ponnle’s character.

“Consequently, we boldly claim that the impression being circulated about Ajibola is false and is intended by enemies of great deeds and progress who lack the capacity and ability to do what is right and make the right decisions. Typically, through it all, she has kept her dignity with silence, prayer and hard work. Ajibola’s story and professional career are unblemished, a champion of many ‘firsts’ (her profile speaks for itself). Our late mother, Comfort Olufunke Ponnle was very fond of her and loved her so dearly. We will, as such, always be proud of her and achievements and stand by her.”

It was learnt that ugly stories began to fly around again immediately Jibola was appointed into the Lagos State cabinet as a commissioner. But she was said to be determined to succeed in her assignment. The story of Jibola as a management expert and life coach inspired a lot of people.

She was already working with Arthur Anderson when she met her estranged hubby. By the time she was 30, Jibola was already a senior management staff at British American Tobacco, next level to finance director. She later enrolled at the George Washington University in the United States to get certification in global best practices in event management. Jibola also served as the registrar/chief executive officer of the Chartered Institute of Personnel Management of Nigeria for a two-year period. During the period, she engaged in a number of initiatives that expanded the institute’s frontiers and promoted the CIPM brand. 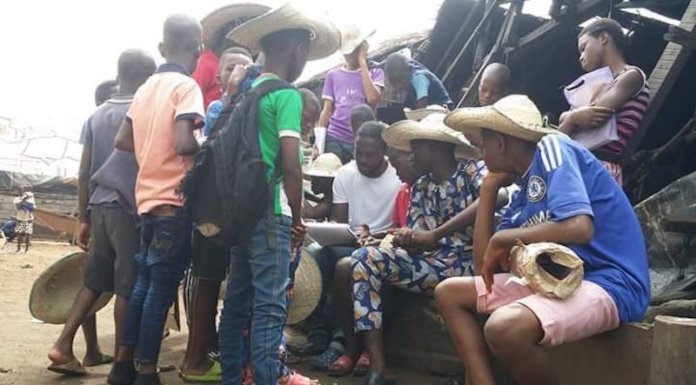