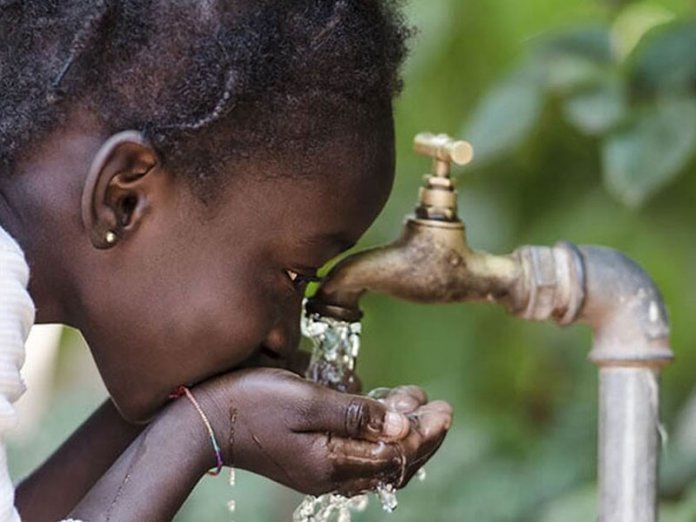 Residents of parts of Abeokuta, the Ogun State capital, were jubilant at the weekend, as water suddenly started flowing from their taps four years after public water stopped flowing.

THISDAY investigations revealed that water supply in the city was obstructed about four years ago during which the former governor, Senator Ibikunle Amosun, embarked on road constructions.

To pave the way for the road construction exercises, most of the water pipes were relocated, thereby bringing about water scarcity in Abeokuta and adjourning communities.

A resident of Saje in the capital city, Alhaji Tajudeen Enilolobo, said his pregnant wife went into coma when she got to the backyards and suddenly sighted water flowing from the taps, but that she was later revived.

“It’s not her fault that she fainted; I married her from the village two years ago and she had never seen anything like pipe-born water,” Enilolobo clarified, amid giggles from other residents.

It was observed that water supply was experienced principally by residents of areas like Saje, Elega, Iberekodo, Mokola, Iludun and Ibode, all of which are close to the state’s water corporation headquarters in Abeokuta.

But a senior official of the state’s water corporation, who spoke with THISDAY on condition of anonymity, said it was not true that there had been seizure of water supply in the state for four years but that “the corporation only faced challenges in covering the state effectively in the last four ears.”

He also said, “Our transformer had also broken down since July last year but Governor Dapo Abiodun waded in recently by replacing the transformer, which is why you could see water flowing in some parts of Abeokuta and other communities.”

He added that the corporation hoped to cover other parts of the state capital and many other communities in the state, in due course.

Meanwhile, the World Bank has approved a $250 million fund for various developmental projects in Ogun State, as it is one of the locations for six projects approved by the world financial institution to support development priorities across the country.

This was contained in a statement by the World Bank Group President, David Malpass, saying the areas of intervention include improving immunisation, enabling a stronger business environment for the private sector, expanding the digital economy to promote job creation, and increasing public and private sectors’ capacity on governance and socio-environmental safeguards.

The statement said Nigeria “is central to the World Bank Group’s mission of tackling extreme poverty. The World Bank is carefully targeting its support on high impact projects as the country works to tackle corruption and lift 100 million of its people out of poverty.”