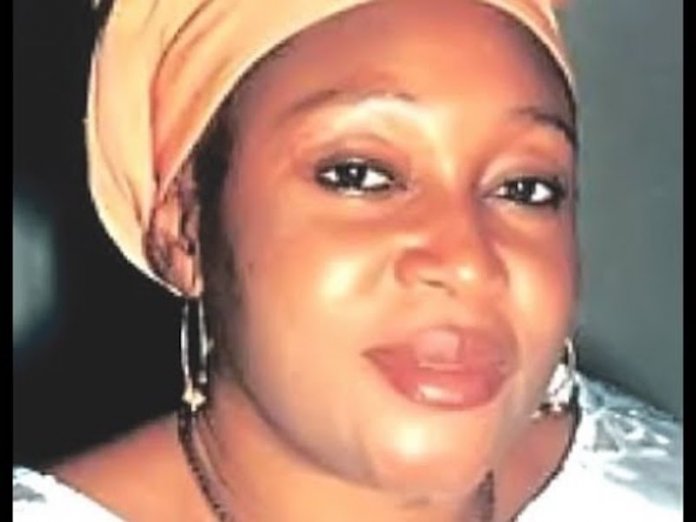 Since the beginning of the year, I have found myself in a reflective mode, digging through forgotten materials and riffling through dust-crusted files. Incidentally, reading Bishop Matthew Hassan Kukah’s long lamentation at the funeral mass of that young seminarian, Michael Nnadi, felled by wicked bullets of economic assassins whose major life achievement is revelling in kidnappings and extortions, salivating over human misery… I began to reflect on a reflection I wrote at the first anniversary of the death of Kudirat Abiola, the wife of the then detained June 12, 1993 presidential winner, Moshood Kashimawo Abiola. She fell on June 4, 1996, in a gale of cowardly bullets somewhere in Oregun area of Lagos. The article was a reflection of my 1996 reflections during the burial of Kudirat, and the raging question for me then was whether Nigeria, as an entire and idea, was worth the supreme sacrifice, very viciously illustrated by the death of a heroine of democracy, properly so called. Join me in these reflections:

“Soon, the pots will roll out – really it’s tomorrow. Just like they did during the burial rites of Lady c; her folks might just take Wednesday, June 4, the first commemoration of her death, as just another day. We may perhaps the ignominy if sombre heads counsel against ostentatious of the young woman’s death.
The killers of Kudi still remain free, their masters still breathe the same air as the children of the deceased. Her death, sacrifice and attendant agonies have not assuaged the powers-that-be that her husband, Chief Moshood Abiola, should mourn at the graveside of the fallen lady.

The episode of this woman’s eventful drama lent credence to the fallacy of regeneration. It’s just another day. Kudi was felled by assassins’ bullets, perhaps for the cause she stoutly and publicly grafted herself to, she was killed, until proven contrary, for the sake of her husband. Her death inevitably hamstrings any maneuvers persuading Abiola to consider walking out of the June 12 detention into “God’s-will-be-done” freedom.

Yes, as at today, 365 days after Kudi’s murder, it’s just another day. The Abiola home is still semi-desolate; Abiola is still abandoned and in detention; Kudi’s rabble-rouser hangers-on are still provoking hypertensive cases in government circles; her photographs have assumed a hallowed on the University campuses, especially with students with nostalgic fondness for socialism… all these are consistent with the distinct planlessness of today’s Nigeria; still consistent with the national stagnation – all is just another day in the lives of Kudi’s neighbours and compatriots.
I have always shuddered at the ironies of life and living; I’ve always trembled at the discord in the affairs of men, and the motivations propelling the living.

Exactly one year ago, I wrote in this column the whirlwind of emotions that coursed through my soul at the burial of the Ijebu-Ode born woman of moderate stature and immoderate focus.

Let us refresh our minds:

“But there was Kudi Abiola lying under the dirty earth less than three feet below the surface. There, and that’s all. Always remembered only by her families, confidants, friends and aides – but only for a while; perhaps a week or two or three. Then she becomes an anniversary – a celebration of a calendar date when big potential of amala and huge spoons turn sweet-nothings egusi soup. As they thoughtlessly did during her 8th day Fidau.

“June 4, like June 12, will be addressed and enrobed as a watershed in the struggle for the realisation of the mandate – whatever that means. A man-date in mirage. Then her picture, pretty and proud, will Mount the inside pages of some journals – a passage of grace, spirit and nascent activism. Soon, all near 45 years will add up to four or five paragraphs in narrow columns.

“All these things will fade away, just as the superhuman bravery and rhetorics of the leading figure during the Aba women riot in the monotony of history – a mere 70 years after.
“All other sentiments and memories will vanish with time, except the written word. Words great and lofty spoken by Kudirat Abiola. Words, which the hearers then assumed were rustic tools of a rising politico. She said once: “The June 12 mandate is worth defending with our lives, otherwise our children will continue to be slaves in their own fatherland.”

“Brave words, proper in valiant circles; words that make peace-loving people (change that to lilly-livered drifters) recoil in fear in their cocoon of doom.

“Kudirat Abiola, a myopic visionary, saw visions of wisdom and woes for those on the two sides of the struggle divide. She saw that lurked in minds bent on sitting on the saddle – that q tactical relocation of voice and person would be a wise retreat. She counselled exile for those in danger of extinction, and she gravely ignored herself. In moment of matronly lucidity, she spoke of Chief Anthony Enahoro’s freedom flight: “… They would have just killed him quietly and neatly. And once that is done, they would now quickly constitute a body and start shouting: ‘Who did it? Who did it?’ and so on, until the shout fizzles out like that. Papa took a wise decision (ie to flee Nigeria). His leaving will not end the struggle, it is even very dangerous for the junta.”

“Perhaps, she felt miscreants who could kill a very old man like Pa Alfred Rewane; that could touch a splendid structure like Alani Akinrinade or Dan Suleiman’s home; that could threaten Enahoro’s life – would not dare hurt a lady – the leading light of Nigeria’s prostrate pro-democracy exercise.”

So, she is dead. For June 12? For the restoration of elective governance? For a better Nigeria? For our leaders of tomorrow? For what?

As I watched her ‘coffin’ being lowered into the simple grave, as I watched Imams rent the air with Laila ilalah, as I watched her two confused pre-teen kids being herded into the inner chambers, as I watched well-wishers gather themselves for the return journey to their homes, as I watched a collection of six young men lament the impotence of their age; I then wondered: Is Nigeria worth dying for? Is any cause waged in the interest of this country worth the supreme sacrifice? Is a country where life and living have dovetailed to waiting for piecemeal death worth one’s life”.

That was 23 years ago (less some three months), is there any sign to indicate these lamentable questions have been answered in the affirmative? Have not the elements conspired to set us back, more or less, even more disparagingly? Yet we have rolled from the brutal regime of Sani Abacha, who midwifed the Kudirat spectacle, to the serendipity of Abdulsalami Abubakar’s interregnum, to full scale elective governance, in multiple electoral cycles, but the reality of our current existence rings as loudly and as baleful as those emaciated days of 1993 to 1998! So, who truly, without coercion of circumstance or mandatory service contract, would volunteer to die for the sake of this country?

Nevertheless, there must be redemption somewhere down the road…in not too distant El Dorado!