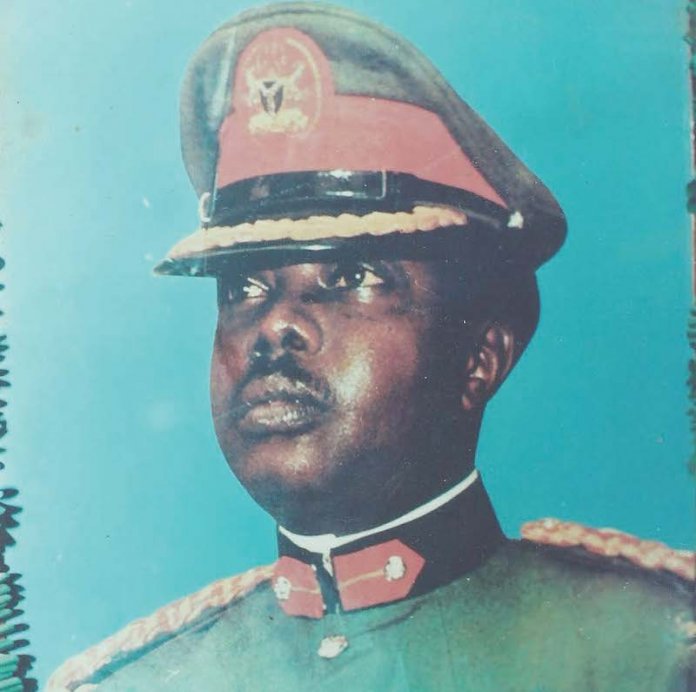 For too long we have paid lip service to issues of remolding our society. For too often, we have talked glibly…of the birth of a new nation… now is the time to rethink, to reflect and to act! – Late Murtala Muhammed

That was one of the numerous dreams, hopes and expectations that the late General Murtala Ramat Muhammed had for his beloved country, Nigeria. However, the quest for power in a form of cutthroat dimension, inferiority complex and ego-centrism by a few disgruntled dissident soldiers did not allow him realise his laudable objective of cleansing Nigeria. Thus, they spared no time in wasting his precious life in the afternoon of Friday the 13th of February, 1976, exactly 44 years ago.

Though I was too young when General Murtala Muhammad was gruesomely assassinated, but being a student of politics who went through the rudiments and teachings of the revolutionaries of this world like Fanon, Cabral, Nkurumah, Sankara, Mandela, Lumumba, Steve Biko, Socrates, Machiavelli, Plato, Luther King, Rodney, Fukuyama, Huntington, Wilmot, Mazrui, et al, it is practically impossible for one to deny the fact that Murtala was indeed a leader par excellence! He was indeed a detribalised Fulani and a courageous soldier with an impeccable character who throughout his 38 years of existence in this world scorned injustice, indiscipline, indolence, dishonesty, economic aggrandisement, greediness and, above all, corruption. With his patriotism and nationalism, in his just 200 days reign, General Murtala easily became one of the greatest men that ever ruled anywhere on the continent of Africa.

No wonder that since his assassination, the 13th day of February every year had been set aside in his memory, by institutions of government, international bodies, Elder-statesmen, Student Unions and other Non-Governmental Organisations, to organise lectures and seminars dwelling on some of his key unfinished policies and programmes with a view to highlighting areas of commonality and divergence in the overall interest of the country.

General Murtala indeed came, saw, conquered and laid a concrete foundation upon which the post Sardauna Political Institution that saw the emergence of Alhaji Shehu Usman Aliyu Shagari in 1979 was built. It was during his era that the political awareness among the citizenry became solidified as provided for by the Constitution Drafting Committee (CDC). He singularly set up the body that paved way for the ‘Nigerianization’ of Nigerian politics in those days.

Nigerians from all shades of leaning participated and contributed in no small measure, culminating in the emergence of the 1979 Constitution rated as one of the best in Pre and Post-Independence Nigeria.

No doubt that even after he was assassinated, his immediate successor, General Olusegun Obasanjo, guardedly pursued the Murtala Muhammed programmes and policies to their logical conclusions. Latest accounts from respected writer Nowa Omogui, in his well-researched account of how Murtala was eliminated, remarked that ‘Obasanjo executed an escape maneuver, spent most of the day at the house of a civilian friend in Ikoyi (Chief S.B Bakare) monitoring the situation by telephone but later emerged to become the Head of State’.

General Obasanjo and his lieutenants in the then Supreme Military Council -Yar’adua, TY Danjuma, IBB and Domkat Bali- had to ensure that the Late Murtala’s hopes were not shattered, his dreams realised and expectations achieved.

Interestingly, as if like a response to Nowa’s diatribe against him, sometimes in 2006, in a State Banquet organised in his honour while on a 3-Day State Visit to Ogun State, former President Obasanjo emphatically described his predecessor thus: ’…General Murtala is a dynamic, committed, dedicated leader who believed strongly in what was best for Nigeria.

As Thomas Jefferson would also say ‘…. Honesty is the first chapter in the book of wisdom….’, General Murtala, while proffering panacea to the multifaceted political hiccups of that time, had to clamp down on all the erring Civil Servants with the then Head of the Federal Civil Service Commission, who was seen as the most powerful, influential and untouchable Public Servant topping the list.

However, all these principles and ideals that General Murtala stood for have over the years been eroded and corruption has become our bane. Thank God that institutions like WAI, EFCC, ICPC, NEITI, PTF, NASS, under Okadigbo and Ghali Umar Na’abba, have over the years shown some semblance of courage akin to the beliefs and dreams of what General Murtala stood and died for.

Of all his ideas, Murtala’s dream of relocating the Nigerian Federal Capital Territory to Abuja was courageously realised with the instrumentality of General Babangida in 1991 and subsequent consolidation of same by late General Sani Abatcha. Both Generals contributed in making Abuja a reality today.

General Babangida ruled Nigeria for eight uninterrupted years, having contributed his modest quota in the course of nation building with the creation of eleven States in addition to the hitherto 19 bequeathed by late General Murtala. Late General Sani Abatcha, on the other hand, would have ruled Nigeria for as long as only God knows when but for divine intervention. He too had immensely contributed in his short-lived period of five years as his legacies would ever remain indelible in the psyche of Nigerians. Posterity is already judging him right in most of his actions and inactions while in Aso Rock Villa. May his gentle soul rest in perfect peace.

Similarly, General Buhari’s effort before them, especially in the area of battling with the menace of corruption and indiscipline, during his 20 months of administration as Nigeria’s Head of State, could hardly be quantified. Former President Obasanjo, while extolling the track record of Buhari, described him thus: “Muhammadu Buhari took any work given to him seriously. He was as reliable as he was hardworking and honest.”

Finally, as Nigerians all over are marking the Murtala’s 44th anniversary this month with series of encomiums showered on him for his dynamic and selfless leadership provided within just six months of his rule, I wish to advise the Nigerian political class, especially those holding political offices under the leadership of President Muhammadu Buhari that in the spirit of the legacies and virtues for which Murtala Muhammad died for, and in the interest of Nigeria, let them eschew all sorts of political brigandage and Socio-cultural bigotry by respecting the Constitution of the Federal Republic of Nigeria they all swore to uphold.

Also, with the problems pervading the country today, especially in the area of insurgency, kidnapping and banditry, some of the geo-political zones have been left with no option than to establish unconventional security outfits, thereby deviating from the principle of building a strong, united and virile country of his dream. Ditto to late Claude Ake, who enthused that “democracy cannot solve all the problems but none of the major problems can be solved without it.”

May Allah bring lasting peace to Borno, Yobe and Adamawa states. May He grant peace to all the troubled states in the country and bless the Federal Republic of Nigeria.
––Risqua Muhammed, is Son to late General Murtala Muhammed

The Enduring Message of Easter