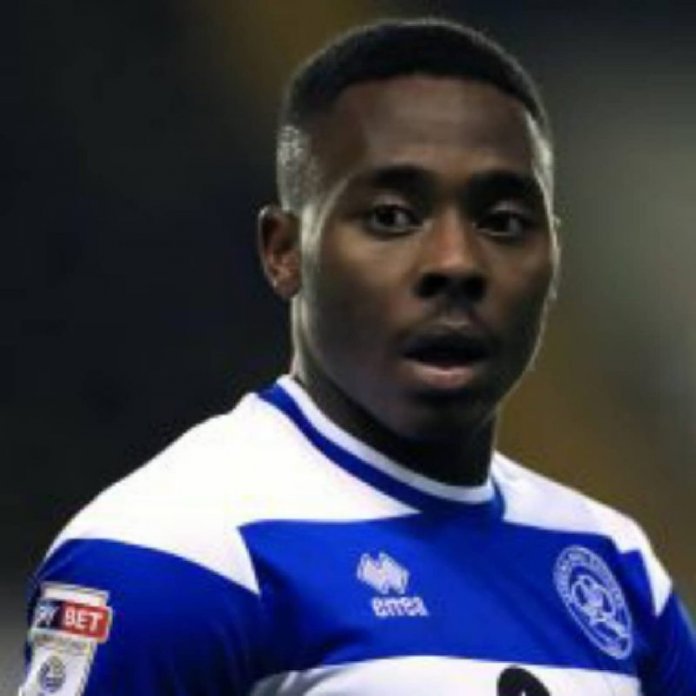 After successfully warding off suitors for Bright Osayi-Samuel during the January transfer window, as a way of holding on to one of their prized players, Championship outfit Queens Park Rangers has triggered an extension clause in the Nigerian-born winger’s contract

The Nigerian-born winger now has a contract with the London club until the end of the 2020-2021 season.

Bright Osayi-Samuel has appeared in 80 official matches for QPR, scoring 10 goals and has produced six assists.

Explaining why Osayi-Samuel’s contract was extended, QPR’s Director of Football Les Ferdinand said to the club’s official website: “Exercising the option to extend the deals of Bright is recognition of how well they have done for us over the past three years.

“He has worked incredibly hard to become important members of Mark Warburton’s squad, and as such is valuable assets to QPR.

“When you are signing young players the contracts need to be long enough to protect the club while not too long that they can potentially take away their incentive to progress.

“The extra one-year option which we have triggered gives us that ability to do both. We will be continuing discussions with Bright as we look to extend the deals further.”

Osayi-Samuel was watched over by a number of Premier League clubs during the winter transfer window, with Southampton in the forefront to sign the exciting winger.

The Queens Park Rangers winger has been in exciting form this season, putting in several strong performances. And a number of sides have taken notice of his strong form.
He attracted genuine interest from Manchester United during his time with Blackpool, before Queens Park Rangers convinced him to join the club in September 2017.

When asked about the likelihood of signing a longer contract with QPR, Osayi-Samuel said: “I don’t know. Obviously I would love to stay but I’m just focused on playing games. I let the contracts and stuff like that be solved with my agent and the club. I just want to keep playing and see what happens.”

“I think one of the reasons is I’m wearing studs now,” he added.

“Ever since I’ve been wearing studs I’ve been playing well.

“But I also have to praise the gaffer after training sessions, he pulls me for 10-20 minutes to improve on my weaknesses when I get into dangerous areas, picking out players and I feel like now it’s paying off.

“For me, I believe that I get into dangerous areas probably every game.

“But the main thing is that end product to find someone or to create and I feel like now the manager knows that as well.

“When I get into dangerous areas or I’m on the byline there’s that composure.
“I feel like before when I used to get there I didn’t really have that composure, I was rushing things and now I feel more calm and relaxed.

“I think that also comes with me playing regularly and I feel like those are the reasons I’m doing well.”

Meanwhile, Osayi-Samuel believes he has added more composure to his game after netting his fifth league goal of the season in the 4-2 win over Stoke City.

The R’s came back from two goals down to end their five-game winless game run, with Osayi-Samuel scoring from a tight angle for his side’s third of the game.

And the winger is happy to see his hard work paying off as the R’s got back to winning ways.

“I know I’m a player that creates chances so I feel like in previous games or earlier in the season when I get to those positions I get a bit too agitated so I feel like I needed more composure,” he said.

“That’s happened with a lot of training as well and I feel like now when I do get to those positions I’m more composed.

“I’m looking around and I’m seeing if I have time to control the ball and see where the keeper is.

“I feel like after I did that run and chopped back there was literally no one in the box apart from Ilias (Chair) and I couldn’t find him so I thought let me just slot it and it paid off.” The 22-year-old has improved on his goal tally from last season when he only managed to score twice in the league, while he has also notched five Championship assists this season.

But the former Blackpool man was disappointed that he was unable to further add to his tally in the game having missed a glorious chance from just a couple of yards out after scoring.

He added: “I had a few chances after and the Angel (Rangel) one, I literally saw it late and I thought let me just try and get contact with it but it hit my heel and it went backwards.

“The one with Ebz (Eze) when he gave it to me, I tried to hit it across goal but I think I hit it too much and it went a bit high and the keeper saved it.

“But like I said I want to be in those positions because the more I get in them the more chances I have of scoring.

“It was a very good performance, we showed great character. “We didn’t start off well and conceded two very early but we kept on going.

“For us to score four is a great achievement and we’re confident we can try and take it into the next game.”

Osayi-Samuel was born in Benin, Nigeria, then moved with his family to Spain before emigrating to England when he was 10 years old, settling in Woolwich London.
He made his professional debut for Blackpool in March 2015.

Ekiti Confirms Another Case of Covid-19