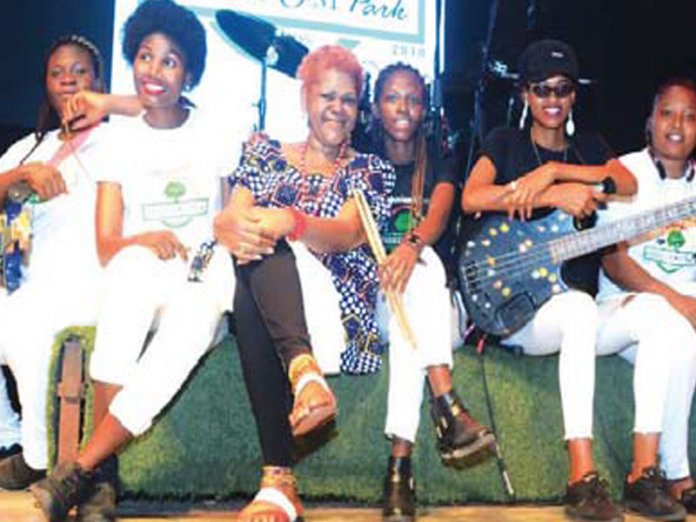 Freedom Park, the oasis of cultural events in Lagos, is celebrating its 10th year anniversary with a year-long programmeof events. For the first time since its establishment in 2010, the management will increase the daytime traffic at the park with day time shows, more varieties of food and drinks and a better-furnished children’s spot.

The cultural activist, Jahman Anikulapo, at the recent press briefing to announce this development in Lagos, spoke about the colonial history of the park and how it has metamorphosed into a rallying point for the arts community.

“We started out not knowing what Lagosians would want. We tried all kinds of things, plays, music, book readings and poetry. Over the years, we figured out what the people liked the most which is music. The most developed part of our programmes was Afropolitan Vibes. Also, we have the festivals such iREP, LABAF, LTF, Felabration, Jazz Fest, Lagos International Poetry Festival e.t.c. Art is a hard sell but with your support we can be sure of more support from the government as well as the corporate organisations,” she declared. The park hosts no fewer than 12 festivals every year.

The Chief Visioner, Theo Lawson, fondly referred to as theChief Warder recalled the journey towards constructing the cultural hub on the site of the first colonial prison in Nigeriawhich was established in 1872 and shut down in 1972.

“Part of the reason why the Freedom Park exists today is the story of our forefathers and mothers who were incarcerated here for different reasons under the colonial rule.

“We just thought we could have a space carved out of the congested Lagos where people can breathe, enjoy some sanity away from the traffic. To make it thrive, we invited the art community. When we started off, we had no chairs. But we have achieved a reputation. We have built a name for Freedom Park. We are in the top ten of places to visit in Lagos,” he said.

Freedom Park, bound by Isale-Eko and Epetedo communitieswas a refuse dump in 1998. It was not until 2009 before the idea was made a reality by the government of Babatunde Raji Fashola SAN.

“We have the food court which was previously the space for the prison kitchen and the open space was the hospital space. The main stage was where the gallows used to be. We always advise all our artists going on that stage to put up their best performance or their career may die.

“We didn’t want it to be an event place for weddings, birthdays and stuff. We wanted it strictly for the Arts,” he said whilst acknowledging the influence of Prof. Wole Soyinka in securing grants to finance some of Freedom Park’s projects.

At the moment, there is a pressure from government to commercialise Freedom Park by bringing in premium music stars against the real fledging talents that are currently promoted. Alternatively, it is being eyed by authorities to be converted into a hotel. This necessitated creating more parking spaces along Campbell street, a proposed gym, and accommodation for artists in residence.

The monthly events at Freedom Park include Friday Night Concert Night, SPAN music concerts, Old School Music Night, Comedy Shows, Park Theatre, IndieView, SNA Exhibitions and lectures and weekly film club. Asides the Lagos Theatre Festival which is scheduled for next week, March will be a month to remember with the 10th anniversary edition of iREP International Documentary Film Festival; April will be packed with Easter celebrations as well as the International Jazz Festival. As for May, there will be Children’s Day celebrations, Bob Marley Day and Irie Vibes. With Democracy Day talks in June, July will be alive with Prof Wole Soyinka week.

In August, a week-long stage presentations called Eko Theatre Festival alongside Afro-centric Concert, Children’s Summer Camp and Kayefi in concert will add colour to the cultural calendar. Arts exhibitions dominate September just as Felabration and Lagos Poetry Festival mark October celebrations. Meanwhile, the finale of Freedom Park’s 10thanniversary comes up in October which will be followed by the famous literary picnic, Lagos Art and Book Festival, Alkebulan Festival and Lagos Fringe Festival in November. The last month of the year is replete with music concerts and comedy shows.