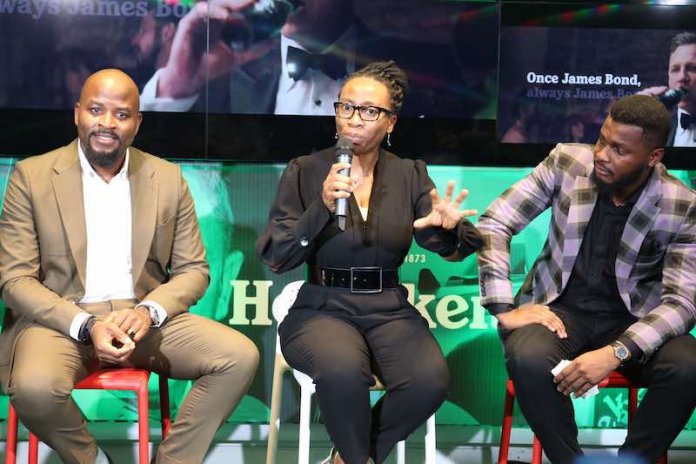 Europe’s most prestigious club competition, the UEFA Champions League returns to our screens for the knock-out stages of the 2019/2020 season.

The return of European football brings excitement for lovers of the Beautiful Game with fixtures like Atletico Madrid Vs Liverpool, Chelsea Vs Bayern, Real Madrid Vs Manchester City, Dortmund Vs PSG amongst a host of other scintillating encounters all across Europe.

Heineken, proud sponsors of the European sporting spectacle will be, once again, returning to delight football fans across the world with its “Better Together” Campaign.

Following up from last year’s hugely successful Unmissable campaign, this year’s theme, “Better Together” is aimed at fostering conviviality and togetherness amongst football lovers, as Heineken continues to connect with fans through the UEFA Champions League.

Speaking on the campaign, the Portfolio Manager, International Premium Lager, Nigerian Breweries, Sarah Agha, noted that, “Heineken is once again excited to deliver the better together experience to lovers of the game. The Champions League is the most coveted trophy by top European teams and their fans. Heineken has provided a platform to create and share experiences as these teams and their supporters pave their way to European glory. We have exciting plans for our fans this year, and we can’t wait to get started.”

The Champions League is followed by more than a billion people worldwide and is currently the most-watched annual sporting event on the planet. The League houses the best from top division European leagues like the English Premier League, La Liga, Serie A, Bundesliga amongst others and produces the best of the best. Every year, it’s always a special journey for players and coaches as they attempt to lay claims to the Champions League trophy.

The league has over the years produced a remarkable turn of events that will forever be written in the history books, from the 93rd minute Iniesta volley in the 2009 semifinals to the 2019 Anfield comeback which sparked Liverpool on their way to glory.

This year, fans can expect the same level of excitement as Heineken intends to not only sponsor the games but also creatively execute a slate of events to reward consumers’ passion for the beautiful game.

All Champions League matches will be aired live at the prestigious Heineken House as well as other match viewing centres across the country.

The brand also promises to reward some lucky fans with the chance to travel to see the final match live in Istanbul on May 30.

Following the announcement of Heineken’s Champions League campaign, the excitement kicked off with Europe’s heavyweights squaring off against each other.